The situation in public housing projects in Coney Island, Brooklyn remains a “humanitarian crisis” in which the government and the Red Cross have been nearly completely absent, according to Eric Moed, a volunteer aid worker with Occupy Sandy. 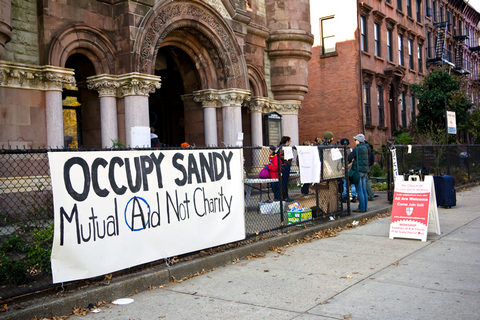 Friday, Nov. 9, is Moed’s fifth day volunteering with Occupy Sandy, an ad hoc hurricane relief group formed by former Occupy Wall Street activists. Moed, an architect from Brooklyn’s Clinton Hill neighborhood, goes door to door in the 30-40 public housing buildings in the Coney Island neighborhood of Brooklyn to distribute food, water and supplies and help address sanitation and medical needs. The projects in Coney Island remain without power and often without water and necessities in the wake of Hurricane Sandy. Accounts of these conditions have been corroborated in the New York Daily News.

Moed says all of the supermarkets on Coney Island have been flooded or looted.

The result is what Moed describes as a “humanitarian crisis.” Sick or older people may be vulnerable to death without heat or food and water.

Moed routinely meets elderly residents who have been trapped alone in their dark, cold apartments since the storm hit. The elevators often do not work, and residents willing to brave the stairwells face darkness, human waste and even crime.

The situation in public housing projects in Coney Island, Brooklyn remains a “humanitarian crisis” in which the government and the Red Cross have been nearly completely absent.

“Just three hours ago I was speaking with seniors for whom I was the first person they talked to since the storm,” Moed says. “I asked someone if I could use their bathroom and they told me they were going in a bucket. It was a 70-80-year-old woman. And not only do they have to shit in a bucket, they have to bring it down the stairs themselves.”

Moed also describes meeting children who had gone several days without food and a mother who ran out of her asthma medication. 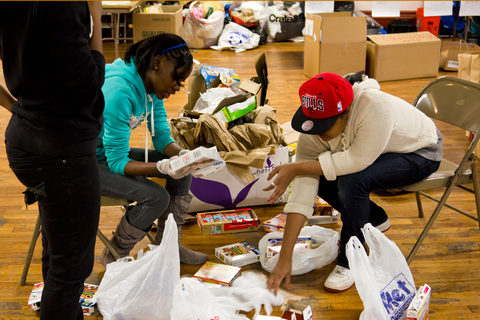 Whatever response there has been from the government – city, state or federal – or the Red Cross, Moed says their presence in and around the Coney Island projects is non-existent, inadequate or counterproductive. FEMA has set up a solitary aid trailer on what Moed calls the “sexy area” of Coney Island – near the famous amusement park and Nathan’s – which was not hit very hard. It awaits people seeking help, when those who most need it are stranded in high-rise buildings a few blocks away.

Moed insists that he does not assume anything about the government and Red Cross’s lack of a response but says their absence is indisputable. “They’re literally not there. It’s not a criticism, it’s literally a fact,” he said. “I’ve been on the ground here for four days. I’ve seen zero FEMA people. Occasionally a Red Cross truck will come through with hot meals. But there’ll be one truck for 15-20 buildings.”

Moed reserves perhaps his greatest scorn for NYCHA (New York City Housing Authority), the city government body in charge of the projects where Moed does his rounds. Moed says NYCHA has been focused exclusively on restoring power; and after 10 days, they have failed even to complete that task. “People have claimed that they are still being asked to pay rent, despite the lack of power and water,” Moed says.

Whatever response there has been from the government – city, state or federal – or the Red Cross, Moed says their presence in and around the Coney Island projects is non-existent, inadequate or counterproductive.

The absence of government or Red Cross has left a vacuum of authority and accountability at a time when stranded residents are seeking it most. “The projects have had nobody to talk to,” Moed says. “People literally have no power, no food, no water, no bathrooms – they’re defecating in buckets. And there is no one to answer to for it.” For lack of a higher-level city government presence, presidents of public housing blocks with few resources have been left to address residents’ grievances.

As a result, Occupy Sandy’s size, sophistication and critical role in disaster relief now rivals that of a major NGO in a developing country. It has filled the void left by the government in providing and orchestrating relief for the storm’s most disadvantaged. On the rare occasions when other aid groups show up, Moed says, “They have been answering to Occupy Sandy, because Occupy Sandy is the only group of people consistently on the ground.” 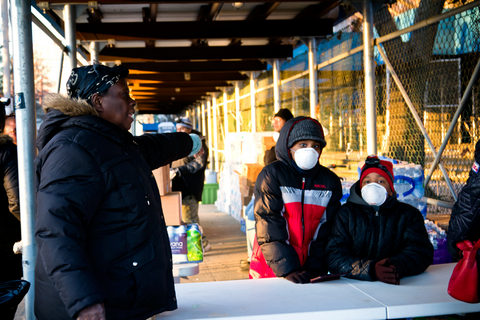 Moed and his fellow Occupy Sandy volunteers have had to find creative ways to reach stranded Coney Island residents. They appear to have succeeded where the government has failed: engaging community members and their leaders to reach the most isolated populations. Absent a higher level city government presence, Occupy Sandy has coordinated aid with presidents of public housing blocks. Working with block president Deborah Reed, for instance, they have cleaned and repurposed the community rooms that are on every floor of the five 14-floor Coney Island Homes high-rises as supply centers to ensure access for stranded residents.

The formidable operations bases of Occupy Sandy complement Moed’s work in the field. Occupy Sandy has two main bases in Brooklyn: the Church of St. Luke and St. Matthew in Clinton Hill and St. Jacoby Church in Sunset Park. The aid preparation process at the churches resembles an industrial assembly line.

Every morning dozens of volunteers arrive to gather relief supplies, sort them and coordinate their dispensation. Next, rows of cars filled with volunteers pull up to the church to take the canned food, water, blankets, generators and other provisions and ride out to dispense them in devastated corners of the city.

UPS recently donated a fleet of trucks to Occupy Sandy, which Moed says will improve delivery capacity enormously. Finally, volunteers returning from the field give the people running the base operations detailed updates on conditions on the ground so they know how best to coordinate supply deliveries.

To donate to the Sandy relief effort, visit OccupySandy.org.

The more time Moed and his coworkers spend in the field, and the more time passes without power, the greater the needs of local residents. He has had to improvise to keep up. Shortly before 11 p.m. on Wednesday, Moed announced on Facebook with characteristic urgency that he was setting up an additional aid supply hub on 2828 Neptune Ave.:

“UPDATE: The Coney Island Housing Projects are in such URGENT need that I am setting up a Hub at 2828 Neptune Avenue to collect, sort and dispatch goods and people. THE NEED FOR VOLUNTEERS IS IMMEDIATE. There is still no power, heat, food, FEMA, or Red Cross. This is LIFE OR DEATH- please choose life and come join us. Dress warm and be ready to work. Thanks.”

Moed confirms that social media have helped him solicit donations and volunteers.

Moed has also used social media to express frustration with the inadequate response of the government. On Thursday Moed tweeted: 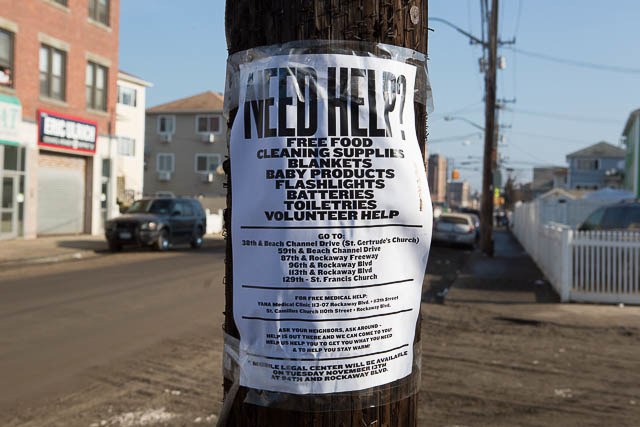 “WHERE THE HELL ARE YOU @BarackObama? Citizen here, been in Coney Island Projects FEEDING ppl ALONE no FEMA or Red Cross. People are dying.

In the near future, however, Moed does not plan to go beyond his remarks on social media to campaign the government for help. “I’ve decided to devote my energies to actually helping people who are in life or death situations, as opposed to demanding things,” Moed said.

“I see the need to demand that Mayor Bloomberg and NYCHA and Red Cross and FEMA get out there and really start canvassing and doing things from the ground up, but the needs are so dire and so desperate at this point that we’ve just been down there trying to get that stuff documented and taken care of.”

To donate to the Sandy relief effort, visit OccupySandy.org. 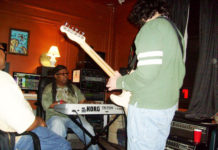 Occupy Sandy, from relief to resistance

For public housing residents after Sandy, ‘a slow-motion Katrina’