Sacramento – Assemblymember Tom Ammiano has introduced a groundbreaking bill to protect some of society’s most vulnerable members. The Homeless Person’s Bill of Rights and Fairness Act (AB 5) establishes a foundation on which California can begin to build protections of the basic human rights of people who are homeless. 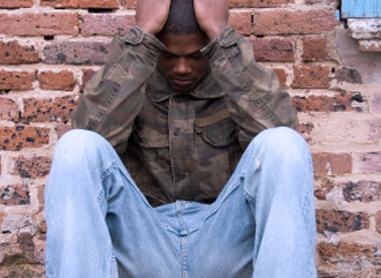 Current local laws on urban camping, sleeping, loitering and even sitting and lying down, in reality, are often attacks on the homeless, who have few safe options on where to go.

“We need to stop criminalizing the behavior of people who have nowhere else to turn,” Assemblymember Ammiano said. “People who are in need of mental health services or who have lost their jobs and their homes are being told, ‘Move along or go to jail.’ The Homeless Person’s Bill of Rights begins to give us a framework for appropriate approaches to protecting our communities and those who are vulnerable.”

Laws that target homeless are not much different from other laws of the past that stigmatized disabilities or poverty.

“From the Ugly Laws of the mid-19th century – which made it a crime to have a visible disability in public – through the anti-Okie law of the Great Depression – which made it a crime for poor people to enter the state – and up through the present, state and local governments have used unjust laws to punish or conceal poor people,” said Paul Boden, organizing director of the Western Regional Advocacy Project, which is co-sponsoring the bill.

“We need to stop criminalizing the behavior of people who have nowhere else to turn,” Assemblymember Ammiano said.

“We’re introducing this Bill of Rights because we believe that the time has come to address the wrongs and, most importantly, stop them from ever happening again,” Boden said.

Surveys among homeless people conducted by WRAP show 82 percent of respondents had been hassled by law enforcement for sleeping, 78 percent because of hanging out in public spaces and 77 percent for sitting down.

“When we’ve criminalized sleeping, standing and sitting down, we’ve basically criminalized a person’s existence,” said Becky Dennison, co-director of the Los Angeles Community Action Network. “A bill like this is long overdue.”

“We’re introducing this Bill of Rights because we believe that the time has come to address the wrongs and, most importantly, stop them from ever happening again,” Boden said.

The act seeks to guarantee homeless people freedom from discrimination in law enforcement, employment, housing and shelter, and public benefits. It protects the right to use public spaces, keep personal property and engage in life-sustaining activities. It also guarantees people the right to legal counsel to defend themselves from prosecution.

These rights, which most people take for granted, remain a challenge for many people who are homeless. This bill seeks to correct that. The bill is a collaborative effort of WRAP, Jericho: A Voice for Justice, the Western Center on Law and Poverty and the East Bay Community Law Center.

Carlos Alcalá, communications director for Assemblyman Tom Ammiano, can be reached at Carlos.Alcala@asm.ca.gov. 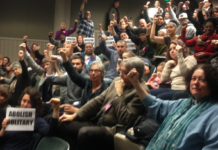