We have noted before the systematic discrimination against the Ethiopian Jews, or Falash Mura, in Israel – including a recent move to abolish their traditional priesthood. Now a Dec. 11 report from the Jewish Telegraphic Agency lends credence to long-standing charges of contraception abuse against the community. 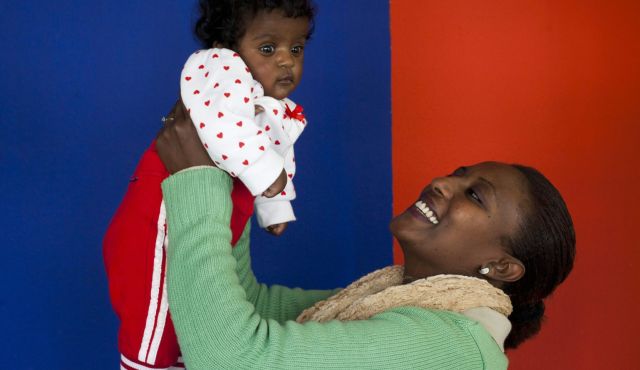 JTA cites a report in Hebrew on Israeli Educational Television charging that coercive contraception is behind a 50 percent decline in the Ethiopian birth rate in Israel over the past decade. Israeli and Jewish aid officials are denying the report.

Ethiopian women interviewed for the program, called “Vacuum” and hosted by Gal Gabbai, said they were coerced into receiving injections of Depo-Provera, a long-acting birth control drug, both at Jewish-run clinics in Ethiopia and after their move to Israel.

Rachel Mangoli, executive director of the Women’s International Zionist Organization (WIZO) chapter in Israel’s Katz village, told the TV show that she realized something was amiss when during a full year in her Ethiopian program just one Ethiopian baby was born. “I went to the health clinic and I was told that Ethiopian immigrants were given the contraception because they couldn’t be relied upon to take the pills every day,” Mangoli said.

In Ethiopia’s Gondar province, a woman identified as “S.” said she was told at a Jewish aid compound: “If you don’t get the shot, we won’t give you a ticket.” She recalled, “I didn’t want to take it. They wanted me to take it … I thought it was an immunization.”

Another Ethiopian interviewed for the program, Amawaish Alane, said: “We said we won’t accept the shot. They told us, ‘You won’t immigrate to Israel. You also won’t come into this clinic. You won’t get help and medical treatment.’’”

The American Jewish Joint Distribution Committee, which runs clinics in Ethiopia for prospective immigrants to Israel, says it offers contraception among its services but that it is purely voluntary. A spokesman in New York said: “At no time did JDC coerce anyone into engaging at family planning at its clinics. Those options were totally voluntary and offered to women who requested it.”

“Vacuum” also sent a hidden camera into an Israeli health clinic, where an employee told the undercover reporter that Ethiopian women are given the contraceptive shots “because they forget,” “explanations are difficult for them” and “they essentially don’t understand anything.” But the Israeli Health Ministry denied any systematic effort against Ethiopian pregnancy or coerced contraception.

We have wondered if the courageous dissidents who have protested reproductive rights violations in China are aware that such abuses also take place in such U.S. allies and client states as Peru, Mexico and the Czech Republic. It now appears that Israel can be added to the list.