“After seniors suffered through two years during some of the roughest economic times in recent American history without seeing a cost of living increase, there are some suggesting a significant change to the formula used to calculate cost of living adjustments for Social Security beneficiaries. An obscure term is being used to refer to this cut: the chained Consumer Price Index or chained CPI.” 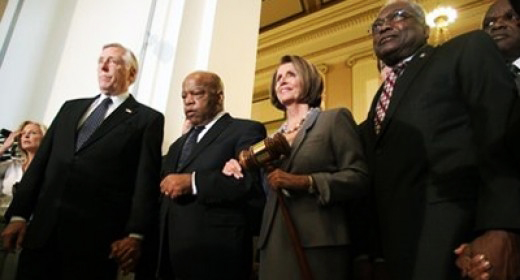 What it means is that all current and future retirees receiving Social Security, including veterans and the disabled, would see a dramatic cut to their current and future benefits, and the cuts would compound over time. So, for example, if the average Social Security beneficiary receives about $14,000 yearly, then this cut to the COLA would represent a $653 loss by the time a retiree is age 75, a $1,139 cut by age 85, and a $1,611 cut by age 95, according to the Social Security Administration’s figures released in September of this year. Rep. John Lewis was deeply disturbed by this proposal.

“The people of this nation are depending upon us to be true to our word,” he said. “I don’t know how many members ran on a promise not to cut Social Security. Now, without any hard proposal to raise taxes on the rich, some are using Social Security as a carrot to get a deal. We cannot and we must not play with the lives of senior citizens. People work hard in America, and they deserve to retire with dignity. The reward of their hard work should not be a significant reduction in resources the longer they live and the more vulnerable they become. Something is wrong with this equation.

“Social Security is solvent. It is insurance citizens have paid into in good faith. They have honored their commitment, and the federal government should honor its commitment. We should not tolerate cuts to Social Security. It is a sacred trust that should not be violated, not a piggy bank used to fix fiscal problems.

“Democrats have made concessions in these negotiations. We created $492 billion in Medicare savings, and in prior negotiations around the nation’s fiscal problems we offered another $300 billion in cuts. We have done our part. Why can’t Republicans do theirs? Why can’t they simply put tax increases on the table that they would vote for, instead of requiring us to cut the sick, the veterans, the seniors, and the orphans until it hurts. This is not right. It is not fair or just negotiation. We should not offer more concessions. We should demand solutions in light of the concessions we have already made.”

In Lauren Victoria Burke’s blog, Crew of 42, “a blog unbought and unbossed,” where this story first appeared, she covers the Black members of Congress, the Congressional Black Caucus. She is also the managing editor of Politic365.com, owns a photo wire service WDCPIX.com, and has worked for USA Today.com, The Washington Post, The Hill and Associated Press. She can be reached at lburke007@gmail.com.