by Sundiata Tate, Bato Talamantez and Giappa Johnson – three of the San Quentin 6

We strongly support the statement issued by the Pelican Bay prison Short Corridor Collective calling for the end of racial and factional hostilities inside California prisons and in county jails. We believe that this along with our struggle for human rights is a most righteous cause which will have a tremendous impact on changing the perception that the Security Housing Units (SHUs) house only the worst of the worst. 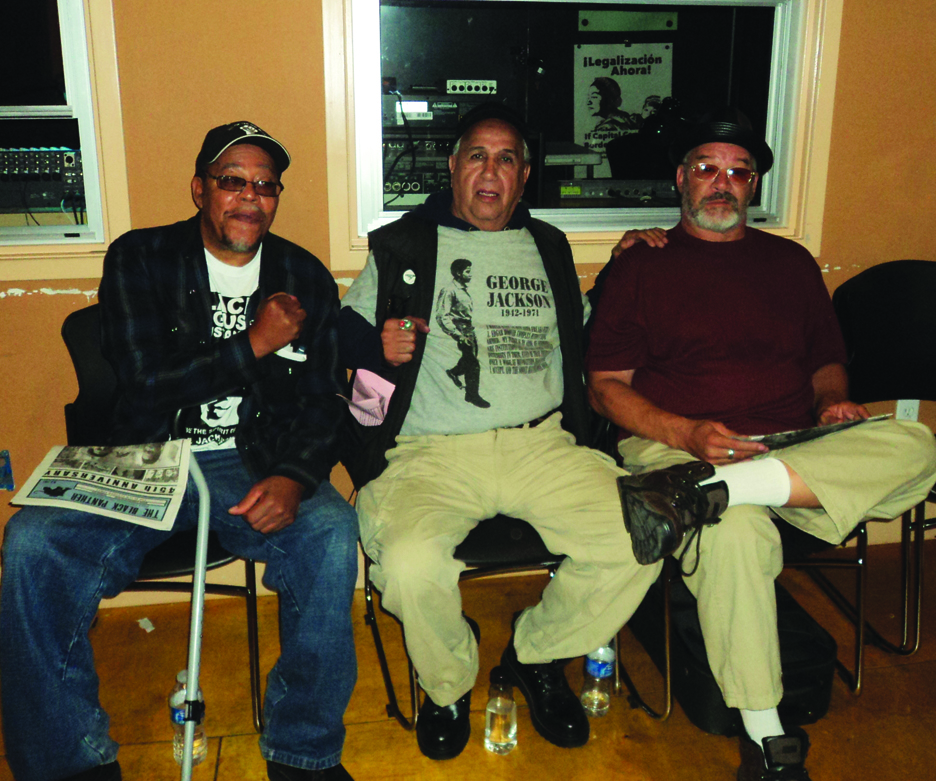 The truth is that the SHUs are filled with those who have transformed themselves into socially conscious men and women who desire to live more productive and constructive lives while working to bring an end to their tortuous living conditions. These comrades who have issued the agreement to end hostilities demonstrate their commitment to changing not only their conditions but themselves. Furthermore, they seek to change how prisoners are treated and how prisons are currently run.

We encourage all prisoners everywhere to better understand the vile system that has entrapped them, that works to break them down and defeat the struggle for self-respect, dignity and a “say” in prison conditions that affect us all. This is an unjust prison system that continues to punish and inflict cruelty and torture while at the same time vilifying prisoners as animals who are unfit for better treatment.

This is no place for human beings to be put in, and those who find themselves trapped in these places cannot remain silent. If you don’t holler loud enough, no one will hear you!

These comrades who have issued the agreement to end hostilities demonstrate their commitment to changing not only their conditions but themselves. Furthermore, they seek to change how prisoners are treated and how prisons are currently run.

What we OOGs see happening now behind the walls and razor wire and amongst seasoned prisoners is both heartening as well as sad. Having been subjected to similar conditions, we understand all too well the psychological stress, duress and damage that these conditions inflict on human beings.

We also know that there are many prisoners who cannot and will not survive the isolation without being driven mad or committing suicide. Already too many prisoners we know have died, while others are dying due to medical neglect, old age and the indifference of the state. It is inhumane to deprive a person of their humanity, to touch and be touched by loved ones. It crushes the spirit!

What’s in a touch? For those who cannot touch another human being, it’s a difference of the magnitude between heaven and earth! It is such a huge part of what makes us human.

There is no way to justify human beings forcibly held in isolation for indefinite terms without hope for release. In California, prisoners in isolation have not been able to touch their loved ones or any other human beings for decades. What is the purpose of living if one has to live like an animal in a cage instead of as a human being?

It is inhumane to deprive a person of their humanity, to touch and be touched by loved ones. It crushes the spirit!

We are all human beings. Let not the dark path separate you from fellow prisoners nor bury you alone!

The punishment for a conviction should not be arbitrarily extended nor intensified by prison authorities. No such thing as indefinite SHU! There should be no adding on to the sentence by depriving people of their good-time credits while people are in the SHU or by other means!

No such thing as three strikes! Families have been drastically affected! Their human right to visit their loved ones has been made nearly impossible for tens of thousands of families because of the distance families have to travel. For those who can afford to travel, the visit is traumatic when they finally arrive at their destination and are forced to speak to their loved ones through thick glass without being allowed to touch their family, loved ones and their children.

Sometimes families travel all the way to the prison, where they are told by prison guards that they will not be allowed to visit – with no explanation for the denial. This is degrading and painful to all involved. Yet, in California, that is a reality for tens of thousands of families and their communities.

We must unite to end long term isolation as punitive punishment! We support you in this movement and join your call.

The three of us were imprisoned together 40 years ago. Circumstances beyond our doing or control put us together in similar situations as your own. We endured, stood our ground for better and for worse, supported each other. We got beaten down but got back up.

Prison struggle made us comrades. Forty years later, we are still of one mind and proud to call each other comrades. Never surrender lest your spirit be broken. Other comrades will help you.

Maintain freedom of mind while captive. Prisoners from cradle to the grave but never slaves! Stand for the good and for justice for all. Struggle to overcome internal conflict. No longer is this about just one individual, one race, set or prison. Take heart. You are not alone!

The San Quentin 6 – also including Hugo Pinell, who survives still in the Pelican Bay SHU after 42 years in solitary confinement, Johnnie Spain, whose murder sentence was overturned and who was released in 1988, and Fleeta Drumgo, who was killed in Oakland in 1979 – were accused of attempting to escape on Aug. 21, 1971, the day George Jackson was assassinated. Their dramatic trial, the longest in state history, lasting from July 28, 1975, to Aug. 12, 1976, cost the state over $2.2 million – nearly $9 million in today’s dollars. They prevailed Jan. 14, 1976, in a simultaneous class action suit when federal Judge A.J. Zirpoli found that some of their prison conditions were cruel and unusual – naming tear gas, neck chains and all mechanical restraints except handcuffs, and deprivation of fresh air and regular outdoor exercise – and ordered them out of solitary confinement and into general population.