San Francisco teachers and staff of the Martin Luther King Middle School rallied in front of the San Francisco Hall of Justice on Nov. 27 to demand that San Francisco District Attorney George Gascón investigate and prosecute MLK Principal Natalie Eberhard and SFUSD Associate Superintendent Jeannie Pon, who is in charge of middle schools. The workers and staff charged that Eberhard had physically abused a student by sitting on her and also that staff had been harassed and retaliated against for opposing these bullying tactics. 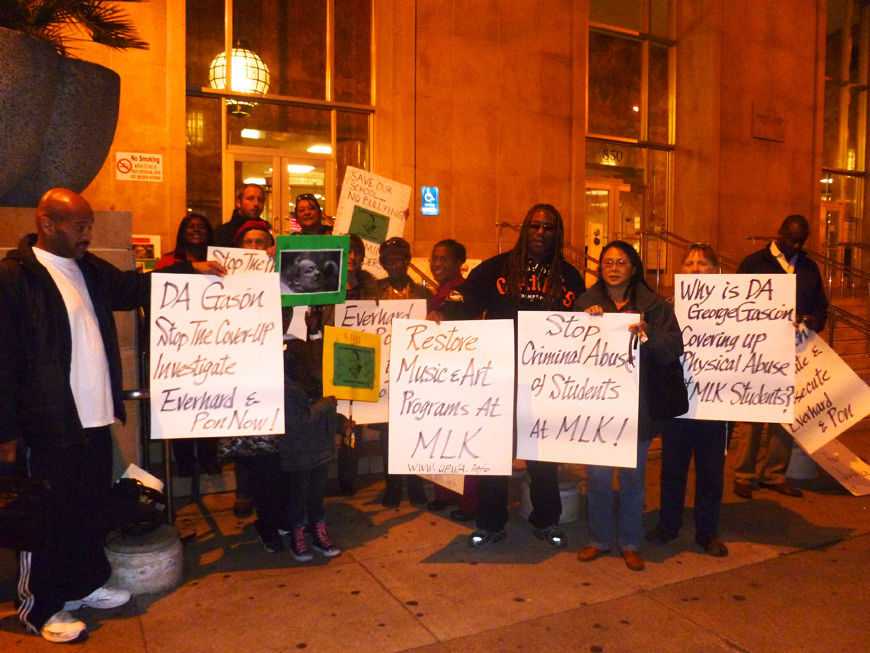 Speakers at the press conference, which was initiated by the United Public Workers for Action, reported that the principal, Natalie Eberhard, a large white woman, had physically abused a young Black girl and the incident had injured Tobias Caine, a Black security guard. They also reported that although a police report had been filed, District Attorney Gascón had refused to investigate this abuse and that Assistant Superintendent Jeannie Pon had lied about the incident, saying that conditions at the school had improved.

Martin Luther King Middle School Secretary Nancy Saloou, a member of SEIU Local 1021, said she had seen the incident and called the police but that no investigation had taken place either by the police or District Attorney Gascón. She had also seen a video of the incident, which Principal Eberhard has refused to release; according to Saloou, it shows that the principal had escalated the incident and had sat on the student.

UESF, the teachers’ union, held a press conference on these issues Sept. 11. In response, Pon sent out a letter to the parents that the problems at the school had been solved.

But the problems are not solved. A local pastor speaking at the press conference said: “Some of the administration had to leave other schools because of their violent behavior and neglect of the children. But they put them over here. …

“These people here are doing all types of wicked and evil things to children. We wonder why our children pick up guns and shoot? Because they’re angry because nobody will stand up for them. …

“They (SFUSD) sent me a letter saying that the principal never sat on the little girl. A little child in my church raised his hand and said, ‘Pastor, that’s not true. I was right there. I saw it happen.” There were many other witnesses, but they’re trying to cover it up.” 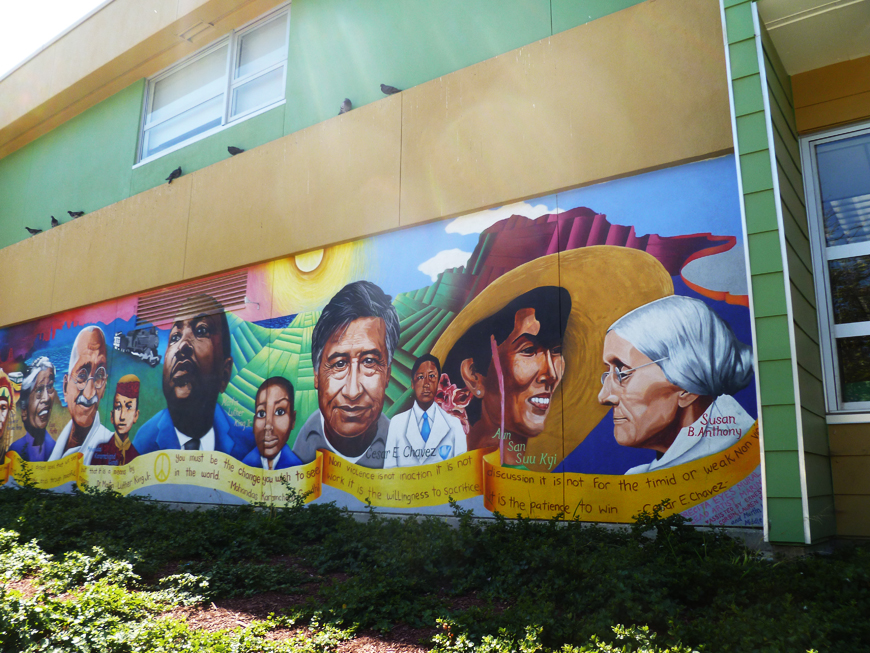 As an example of the bullying by Principal Eberhard described at the Nov. 27 rally, The Chronicle quoted former English teacher Linda Cooks: “She yelled at me in front of two classes of students. She walks around and provokes teachers, students and anyone in her way to anger.” The Huffington Post reported she was transferred after reporting the incident of Eberhard sitting on the student to SFUSD.

At least 14 members of UESF and SEIU 1021 have reported being bullied, injured and retaliated against by this Martin Luther King principal. Channel 5 CBS News reported Sept. 11 UESF’s charge that 15 teachers have been forced out of the school.

According to the Huffington Post, 80 students were suspended in the first two months of last school year, Eberhard’s first year at MLK. The story adds, “In February, dismissed teacher James Galgano told the Board of Education that the number of suspensions had reached 164” – a third of the 500 students enrolled at the school suspended in only six months.

Plans are being made to continue the campaign for justice at the school and also to restore the music and arts program, which was eliminated by the principal. One of her first acts at the school was to give away the band instruments. Martin Luther King is the school with the least resources, yet schools in wealthier parts of the city have music and art programs. 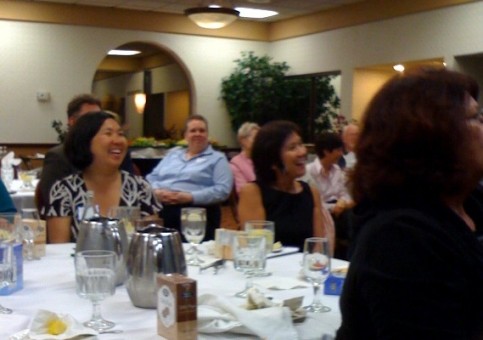 MLK Middle School is under the SERP program, financed by the Bechtel Corp. in San Francisco, and Pon is on the board of SERP and the STEM education program. They push policies that force more testing, benefiting companies like Pearson, the district’s largest supplier of books, while cutting and laying off teachers. These billionaires are seeking to destroy public education and bring in charters without unions, transparency or accountability.

Many parents, teachers and staff have also reported the abuses at MLK to the San Francisco School Board at board meetings, but Superintendent Richard Carranza and the board members have so far ignored the appeal for justice and accountability. Supporters of the working class school, attended by many students from Bayview Hunters Point, a neighborhood that has no middle school, pointed out that this would not be happening in a wealthy white school in San Francisco.

UPWA is calling for action by the San Francisco Labor Council and also by supporters of equal education for all to bring justice to this case. They will continue to push for criminal action to hold these officials accountable.