The Obama administration was on the defensive about the U.S. relationship with Rwanda and its U.N. Ambassador Susan Rice at the Dec. 11, 2012, U.S. House Foreign Affairs Committee hearing on the conflict in the eastern Democratic Republic of the Congo. Two days after the hearing, Rice withdrew her name from consideration to become secretary of state. Massachusetts Sen. John Kerry, current chairman of the Senate Foreign Relations Committee, now appears to be first in line for the job, and Republicans aren’t likely to unleash attack dogs on him because his appointment will give them a shot at his Massachusetts Senate seat.

Will Kerry be any better, for Congo or the rest of Africa? Of course not, unless political pressure forces him to be any better, and there’s some danger that journalists, Africa advocates, and peace and social justice advocates won’t keep their eyes on him as they might have on Susan Rice.

Kerry was an early backer of the invasion of Iraq. He’s down with all the warmongering in East and Central Africa by John Prendergast’s Enough Project and its satellite organizations, including Invisible Children and their KONY 2012 campaign. He toured college campuses with movie star Ben Affleck to promote conflict minerals legislation, a faux solution to the Congo conflict, broken down by Friends of the Congo’s Kambale Musavuli and Bodia Macharia in “Conflict Minerals: A Cover For U.S. Allies and Western Mining Interests?”

In 2011, Kerry was in South Sudan, along with John Prendergast, George Clooney and Bono, to celebrate its independence and deliverance to Glencore International, the new nation’s new oil marketing partner. Why imagine that Kerry would oppose the break-up of the Democratic Republic of the Congo?

Will Kerry be any better, for Congo or the rest of Africa? Of course not, unless political pressure forces him to be any better, and there’s some danger that journalists, Africa advocates, and peace and social justice advocates won’t keep their eyes on him as they might have on Susan Rice.

As a unified nation, D.R. Congo has the resources, including its Atlantic port on the mouth of the Congo River, to become a global powerhouse – much as a unified Sudan did, with its vast resources including its port on the Gulf of Aden. Is it in the USA’s geostrategic interest to see any African nation emerge as a global powerhouse? Especially one where so much of the mineral wealth essential to weapons manufacture is so densely concentrated, as it is in Congo? That’s certainly not in the interest of what we call “the U.S.” as it is now. In a U.S. committed to global community, it might be, but that’s obviously not the U.S. we live in.

At the Democratic Convention this year, Kerry’s most notable remarks celebrated the extrajudicial, summary execution of the Pentagon’s best excuse for squandering trillions on wars in Iraq and Afghanistan: “Ask Osama bin Laden if he is better off now than he was four years ago.”

However, though there’s no reason to expect John Kerry to be any better, Susan Rice’s withdrawal of her name is still a victory for Africa peace and social justice activists. It symbolizes recognition that Rice has been protecting Kagame’s Rwandan regime and Museveni’s Ugandan regime from being named as the aggressors in Congo and protecting their top military and police officers from being subjected to targeted sanctions in U.N. Security Council resolutions.

Is it in the USA’s geostrategic interest to see any African nation emerge as a global powerhouse? Especially one where so much of the mineral wealth essential to weapons manufacture is so densely concentrated, as it is in Congo?

In 2011, Rice flew to Libya after Gaddafi’s extrajudicial, summary execution to say the U.S. got it right this time – that we’d stopped genocide – before flying to Rwanda to say the same. And, like Kagame, she delivered a solemn eulogy at the funeral of brutal Ethiopian autocrat Meles Zenawi. So her appointment would have been a slap in the face of African people well beyond the Great Lakes region.

In one of the contradictions so prominent in Obama’s America, some said that the Republican attacks on her were racist and sexist, and they probably were, but that’s not what kept her from following in the path of Madeline Albright, Condoleeza Rice and Hillary Clinton. As Milton Allimadi wrote in the Black Star News, “What Rice would not have been able to surmount is her support for Rwanda’s dictator, Gen. Paul Kagame, especially given the humanitarian catastrophe created in Congo by M23, the terrorist army that invaded from Rwanda in what amounts to a war of aggression from a neighboring country.” 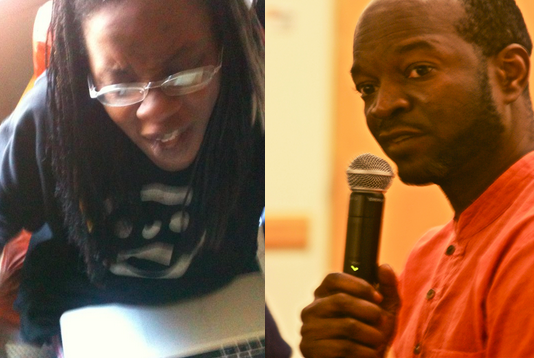 Delaware Congressman Christopher Smith began his opening remarks at the Dec. 11 House Foreign Affairs Committee hearing by saying that the U.S. now stands alone in its support for Rwanda:

“Today’s hearing will examine U.S. policy regarding the conflict in the Democratic Republic of Congo. This conflict was exacerbated by Rwanda’s interventions in neighboring eastern Congo, as documented by the release of three United Nations reports this year. These reports confirmed Rwanda’s support of militias that have ravaged and continue to plague this region.

“In the aftermath of the 1994 genocide, successive administrations have turned a blind eye to reports of Rwanda plundering the DRC and supporting rebels who have devastated Congo and its people. It seems that guilt over the Clinton administration’s colossal failure, responding effectively, as they did not, to the genocide in Rwanda, has led to subsequent administrations being reluctant to criticize the government of Rwanda.

“We must overcome our regret over what happened 18 years ago. As an NGO letter to President Obama points out, the United States is now out of step with our European allies, who have cut aid to Rwanda because of their ‘interference’ in the DRC.”

After claiming that the State Department was doing all it could by talking to everyone, Assistant Secretary of State for African Affairs Johnnie Carson indignantly dismissed the suggestion that the administration had delayed release of the Group of Experts report and gone out of its way to protect the USA’s longstanding ally and “military partner” Rwanda.

Congressman Smith turned to Carson asked: “There are rumors – maybe they’re just rumors – that the administration sought to delay the U.N. Group of Experts report on the DRC this past summer and attempted to soften criticism of Rwandan involvement with M23. Can you speak to that?

“I reject that out of hand,” responded Carson. 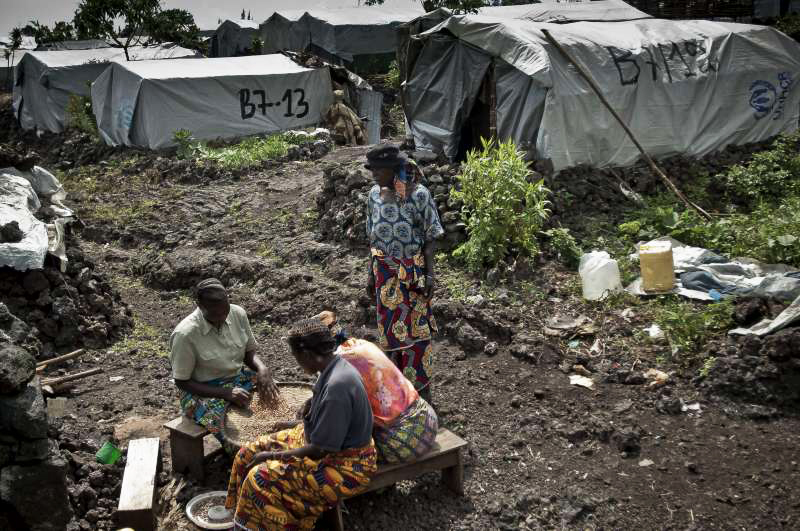 The Group of Experts recommended sanctions – specifically travel bans and asset seizures – targeting top Rwandan and Ugandan officials. Carson’s response to Congressman Smith’s question regarding sanctions was that the Administration would welcome Rwanda onto the U.N. Security Council, as a member in good standing, with high hopes.

“The Rwandans join the U.N. Security Council next year. Does that have any bearing on what our policy will be, particularly when it comes to sanctions, since they will be on the Security Council?” asked Congressman Smith.

“Ah, no, it does not,” Carson answered. “I would just hope that the Rwandans, when they join the council, will carry out their duties in a responsible and thoughtful way.”

John Prendergast, a former National Security Council adviser to President Bill Clinton while Susan Rice was his under-secretary of state for African affairs, claimed that no one doubts the administration’s commitment to peace in the Great Lakes Region, most of all that of Under-Secretary of State Johnnie Carson and U.N. Ambassador Susan Rice:

“No one is questioning the hard work and the dedication, decades long commitment, that key administration officials have exhibited on behalf of peace in Congo,” Prendergast declared. “I would particularly point out for special commendation Ambassador Johnnie Carson and Ambassador Susan Rice at the U.N.”

Even Prendergast knew that this was his own wishful thinking, however, because in the same breath he decried those who do indeed doubt that commitment, particularly those who doubt Ambassador Rice’s commitment. 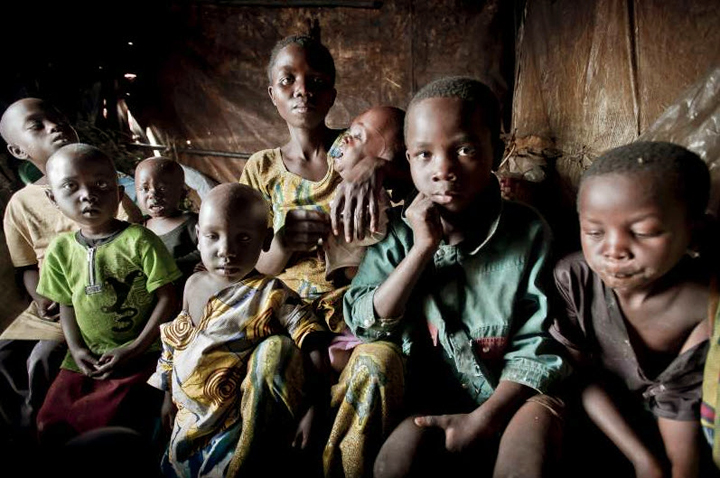 “I’m particularly saddened by the personal attacks we’ve seen against Ambassador Rice, in the press and the blogosphere, over the past couple weeks over issues related to the Congo,” Prendergast said. “Knowing Johnnie and Susan, and working with them for over the past 16 years, I can tell you from personal experience that they’ve worked tirelessly for peace in the Great Lakes Region.”

Curious comment, coming from someone who so recently, writing in Foreign Policy, urged Obama to “unleash the dogs of war and let them hunt” in the Democratic Republic of the Congo, Uganda, South Sudan and the Central African Republic.

Before the hearing was over, Congressman Thomas Marino, R-Penn., called out the Obama administration for its unwillingness to impose sanctions to stop Rwanda and Uganda in Congo, but, true though that was, he should, to be honest, have acknowledged that the unwillingness has been a bi-partisan effort. Neither Clinton, Bush nor Obama – yet – has been willing to stop Rwanda and Uganda in Congo, despite similarly damning U.N. reports since 1998.

Two days after the hearing, Ambassador Susan Rice publicly withdrew her name from consideration to become secretary of state on NBC. The network reported, however, that they do not expect her to leave the Obama administration and imagine that she will stay on as U.N. ambassador or perhaps join Obama’s National Security Council in a powerful post that Congress would not have to approve.

He did not mention Rwanda, Uganda or the Democratic Republic of Congo.