Many of us in the Congressional Progressive Caucus recognize that no serious plan to address the deficit can go forward without defense spending reforms on the table. The bloated Pentagon budget has increased a staggering 95 percent dating back to 2000. 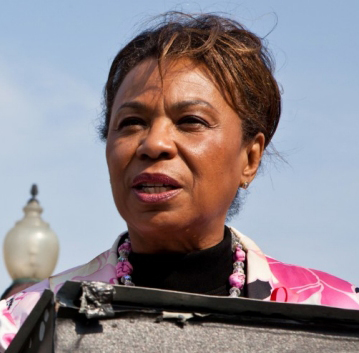 We continue to spend billions upon billions of dollars on a nuclear arsenal and Cold War-era weapons system designed to fight a phantom Soviet army. The Cold War is over and the Soviet Union long gone – nonetheless, today we are spending above Cold War levels in real, inflation-corrected terms. It is time to say enough is enough; we need to rein in Pentagon spending after the last decade of unchecked increases and spend our security dollars wisely on proven programs that can meet our national security goals.

The Pentagon currently spends as much on the military as the next 12 to 15 countries combined, most of whom are allies. It dwarfs all other federal agencies in money lost to waste, fraud and abuse and is the only agency not subject to an annual audit.

Two decades after the fall of the Soviet Union, the U.S. spends more in inflation-adjusted dollars than at the height of the Cold War. We need to adjust our approach to fit current threats by realigning our force structure.

There are many proposals out from a wide variety of groups from across the political spectrum detailing defense savings on par or beyond the cuts called for under the sequestration portion of the Budget Control Act of 2011. The Project for Defense Alternatives, CATO Institute, Taxpayers for Common Sense, Center for American Progress and Bowles-Simpson Commission have all called for deep cuts in defense spending ranging from $350 to $590 billion beyond the cuts already in place.

While the programs and methods targeted vary, the common theme shared by all is that vast savings can be realized by treating the Pentagon like any other government agency that is subject to oversight and transparency standards. Nearly 60 cents of every federal discretionary dollar now goes toward defense spending, and by the Pentagon’s own admission, it cannot properly account for how the money is spent.

Many of us in the Congressional Progressive Caucus recognize that no serious plan to address the deficit can go forward without defense spending reforms on the table. The bloated Pentagon budget has increased a staggering 95 percent dating back to 2000.

There is no doubt that these circumstances have contributed to instances of waste, fraud and abuse at the Pentagon. It is past time to audit the Pentagon just like the 34 other executive branch agencies. That is why I introduced H.R. 6528, the Audit the Pentagon Act of 2012, and plan on reintroducing it for the 113th Congress.

If we do not take this opportunity to review our defense spending, then we will continue on the status quo that leaves the United States as the default global policeman. Given the relative wealth of our allies, it does not make financial or strategic sense to assume such a massive burden in effectively subsidizing our allies’ security.

So as President Obama and leaders in Congress seek to avoid the so-called “fiscal cliff,” any agreement must address the immense contribution that the Pentagon makes to the debt. Without defense spending reforms on the table to modernize our security budget, there is no pathway back to the budget surplus we enjoyed before the decade of unchecked defense spending took off.

Rep. Barbara Lee has represented California’s 9th congressional district since 1998. To reach her, go to https://lee.house.gov/contact-me. This commentary first appeared in the Huffington Post.

HUD housing programs at risk locally and across the nation