Buenos Aires, Dec. 11, 2012 – I’m writing from Buenos Aires, where I’m representing the ACLU at the Inter-Governmental Expert Meeting (IGEM) on the U.N. Standard Minimum Rules for the Treatment of Prisoners. Established in 1955, the SMRs are the leading international standards on protecting the human rights of prisoners. They’ve profoundly influenced the law in many countries and have been cited by the U.S. Supreme Court. 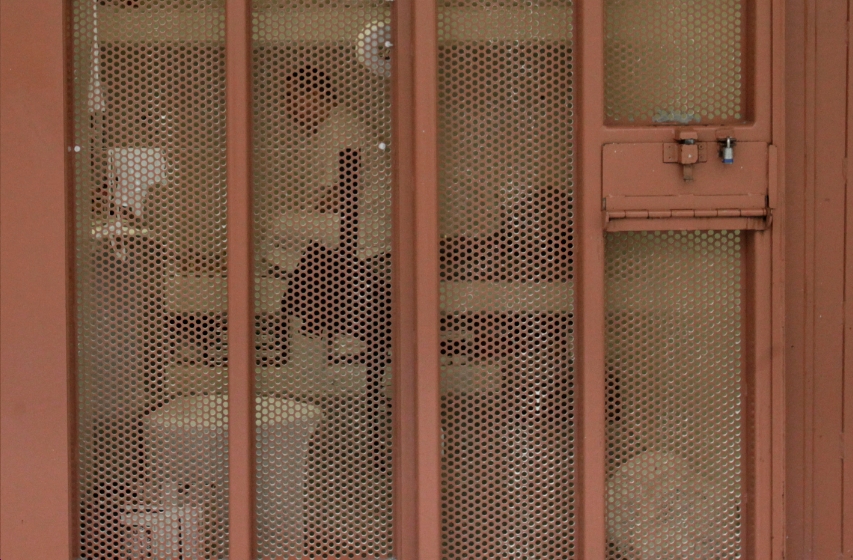 But important as they are, the SMRs need updating. Since they were promulgated nearly 60 years ago, there have been major developments in international human rights law, such as the Convention Against Torture and the Convention on the Rights of Persons with Disabilities. There has been increased understanding of the special needs of vulnerable prisoners like women, juveniles, LGBT persons, and the elderly. And some important issues – such as the use of long-term solitary confinement – are simply not addressed by the SMRs as currently written.

That’s why the U.N. General Assembly asked the U.N. Office on Drugs and Crime to review and revise the SMRs so they “reflect recent advances in correctional science and best practices.” Earlier this year, an international group of experts, including the ACLU, met and recommended targeted changes to the SMRs. The ACLU endorses these recommendations and will be advocating for their adoption in Buenos Aires.

Unfortunately, the U.S. government’s response to the SMR review process has been disappointing. It has characterized the SMRs as “a valuable set of general rules by which to manage correctional systems and facilities,” disregarding their status as the leading international standard on the human rights of prisoners. It has urged the IGEM to “approach their responsibilities with a narrow focus” and even suggested that, because of the global fiscal crisis, “now might not be an optimal time to open this for discussion.”

On Friday, the ACLU sent a coalition letter to Secretary of State Hillary Clinton, urging the U.S. to engage constructively with the review process and to support progressive revisions to the SMRs. Appended to the letter is a statement by the ACLU urging revisions to provide more robust protections against the use of long-term solitary confinement. In particular, the ACLU calls for a presumptive 30-day limit to solitary confinement.

As this historic review gets underway, the eyes of the world are on the U.S. – the country that has a larger prison population, a higher incarceration rate and more people in solitary confinement than any other. Let’s hope that this time our government will step up, not step away.

Buenos Aires, Dec. 12, 2012 – Yesterday I wrote about the ACLU’s efforts to ensure that the U.S. government is properly engaged at a U.N. meeting in Buenos Aires on uniform rules for the treatment of prisoners. Now that the meeting is underway, it appears that the U.S. delegation is playing a constructive role – but we’ve still got work to do.

In the delegation’s opening remarks at the U.N. Intergovernmental Expert Group Meeting, they acknowledged the need for revisions to the Standard Minimum Rules for the Treatment of Prisoners (SMR) and welcomed the participation of non-governmental organizations in the process – both dramatic changes from the previous U.S. position. The delegation proposed concrete and positive changes to the SMR, including, for example, an obligation by prison medical staff to report any case of suspected torture, excessive force or other abuse of a prisoner.

Unfortunately, the U.S. continues to defend the use of long-term solitary confinement. Several governments and NGOs endorsed a 15- or 30-day limit on solitary confinement, as well as an absolute ban on solitary for vulnerable groups like juveniles, pregnant women and persons with mental illness. The U.S. delegation rejected all of these proposals.

To be fair, the U.S. was not the only government resisting meaningful restrictions on solitary confinement, and the U.S. proposal did contain some positive elements, such as a provision that visiting shall not be restricted for prisoners in solitary absent security justifications. But it’s notable that the Chinese government endorsed without hesitation a 15-day limit to the use of solitary confinement.

The U.S. continues to defend the use of long-term solitary confinement. Several governments and NGOs endorsed a 15- or 30-day limit on solitary confinement, as well as an absolute ban on solitary for vulnerable groups like juveniles, pregnant women and persons with mental illness. The U.S. delegation rejected all of these proposals.

After the U.S. delegation spoke, I made the following statement on behalf of the ACLU:

“The American Civil Liberties Union considers it essential that the Standard Minimum Rules address the use of solitary confinement, a practice that exists in many states but is not currently covered by the rules. Everyone agrees that it is sometimes necessary to physically separate some prisoners from others to prevent injury or death. But long-term or indefinite solitary confinement is inconsistent with international human rights standards.

“The ACLU endorses the revisions to Rule 31 proposed by the Essex Meeting. These revisions would prohibit prolonged confinement without sustained and meaningful daily human contact. They would provide that solitary confinement shall be used only in exceptional cases when deemed absolutely necessary for as short a time as possible and shall be subject to regular, substantive independent review. Finally, they would prohibit the solitary confinement of juveniles, pregnant women, women with infants and breastfeeding mothers, and persons with mental illness.

The Buenos Aires meeting illustrates both the power of NGO advocacy and the need for us to keep the pressure on. But we have to remember that governments at this meeting are not negotiating a new prisoners’ rights treaty that will include legally binding norms, but rather updating and revising old rules that are considered to be “soft law” or guiding principles that represent acceptable best practices that the U.S. historically supported. If China can live with a 15-day limit on solitary confinement, there’s no reason we can’t persuade the U.S. to do the same.

David Fathi is the director of the American Civil Liberties Union National Prison Project, which brings challenges to conditions of confinement in prisons, jails and other detention facilities and works to end U.S. overreliance on incarceration. From 2007 to 2010 he was director of the U.S. Program at Human Rights Watch, which works to defend the rights of particularly vulnerable groups in the United States. He can be reached here. Part 1 of this story originally appeared here and Part 2 here.