KPFA Evening News Anchor Anthony Fest: Turning now to news of Africa, the people of eastern Congo are facing another tragic Christmas. The United Nations High Commissioner for Refugees reports that 900,000 more people have been displaced and more than 750 children are reported missing.

Another U.N. report says that the blame for the misery in the Democratic Republic of the Congo lies with the country’s eastern neighbors, Rwanda and Uganda, which also are longstanding U.S. allies. The U.N. report says the M23 militia group fighting in eastern Congo is commanded by Rwandan Defense Minister James Kabarebe.

This past Wednesday the House of Representatives Armed Services Committee held a hearing on the conflict, in which the committee considered further arming and training support for the Congolese Army. KPFA’s Ann Garrison has the story.

KPFA/Ann Garrison: The Democratic Republic of the Congo has long been a security concern to the U.S., because of its abundant mineral resources, many of which are essential to advanced weapons manufacture. In February 2012, the Financial Times reported that Arizona-based Freeport-McMoran’s cobalt mine in Katanga Province alone puts Congo on a list of the USA’s top 20 sites to be protected from “terrorist attack.”

However, a week after the conflict, Pentagon and State Department officials told the House Armed Services Committee that their goal in training Congolese troops is mass atrocity prevention.

Assistant Secretary of State for African Affairs Johnnie Carson named a long list of militias operating in Congo, after which Florida Congressman Allen West asked whether the committee needed to fear mission creep – the expansion of U.S. operations – and whether there was any possibility that all these militias might unite and turn on U.S. forces. Derek Chollet, senior director for strategic planning on Obama’s Security Council, and Johnnie Carson said no, but West said that they’d heard that before, regarding Vietnam, Afghanistan and Somalia. 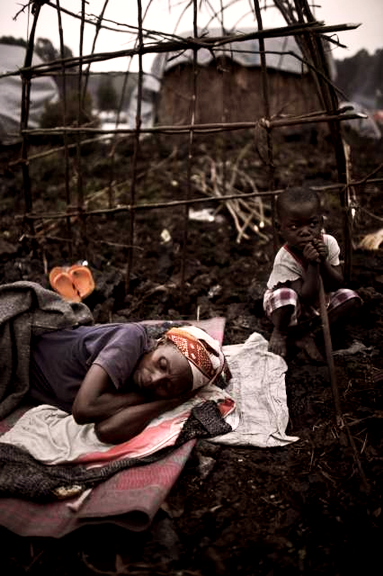 Congressman (outgoing) Allen West, R-Fla.: When I looked at this list of belligerent groups, as soon as you put American soldiers there in that position, I’ve got to tell you that some of the things you all are talking about remind me of three previous regions that we were in: Vietnam, Afghanistan and Somalia. So what I’m trying to defend is what is our goal and objective … what is the potential of mission creep and escalation, which is exactly what we saw happen in Somalia?

National Security Council Adviser for Strategic Planning Derek Chollet: Sir, the goal of our efforts at the Defense Department is to help build up the Congolese military and to make them capable of taking care of these problems.

National Security Council Advisor Derek Chollet: Internal defense. And the footprint issue, which you’ve quite rightly raised, is extremely limited. Right now we have three personnel who are part of the MONUSCO mission, a U.N. mission, to help them on information sharing as well as some intelligence issues. When we had the training effort underway for the 391st, for this battalion, it was about 60 folks, Special Forces and others, to help train them up …

Congressman Allen West: But my concern would be … all of these different non-state, non-uniformed belligerents coming together against our efforts. Is that a potential to happen there?

Assistant Secretary of State for African Affairs Johnnie Carson: No, and I’d like to just underscore what Mr. Chollet has said. We’re not talking about American soldiers on the ground, engaged against rebel groups in the DRC.

Congressman Allen West: But we said that in Vietnam and Somalia and other places.

KPFA/Ann Garrison: No one remarked on the fact that the United States has for many years trained and armed the Ugandan and Rwandan militaries, including former general, now Rwandan president, Paul Kagame.