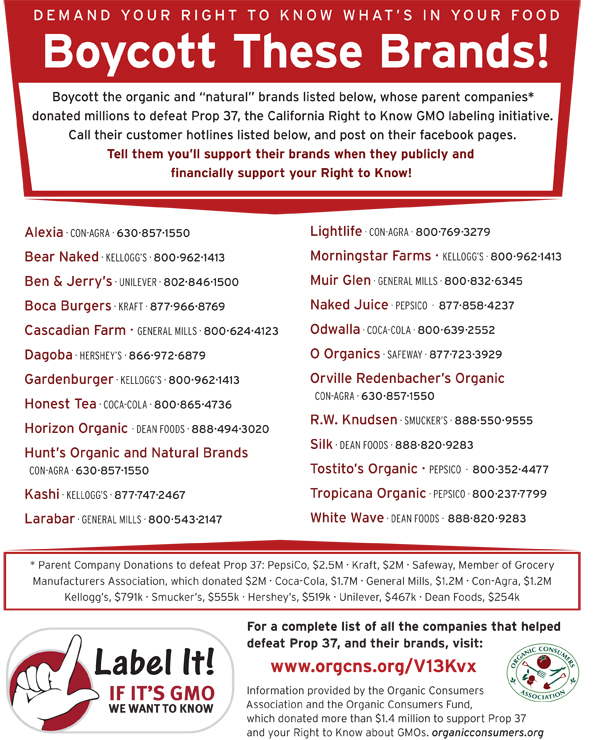 California’s Proposition 37, the genetically-engineered (GE) foods labeling initiative, failed to pass by a very narrow margin. But that does not mean the labeling fight is over, nor does it mean proponents of honesty in food labeling cannot get even with the opposition by actively boycotting the corporations responsible for helping kill the initiative.

If even half of the nearly 6 million Californians who voted in favor of Prop. 37 decided to stop purchasing the following “natural” and organic food brands, all of which are owned by companies that spent millions to defeat Prop. 37, the financial damage incurred by these corporate traitors would be significant enough to send the message that the people want to know, and have a right to know, whether or not the foods they eat contain genetically-modified organisms (GMOs).

The Organic Consumers Association (OCA) is calling on honest food advocates everywhere, not just in California, to boycott the following brands for betraying their customers by opposing GMO labeling. OCA Director Ronnie Cummins is urging the public not only to stop purchasing the following brands, but also to call their corporate hotlines and demand that they reverse their position and begin supporting GMO labeling initiatives nationwide, including upcoming GMO labeling ballot initiatives in Vermont, Washington state, Connecticut and elsewhere.

When these companies start to feel the consequences of a nationwide boycott in the form of decreased profits, it just might cause them to think twice about deliberately blocking future efforts to bring truth and honesty to food labeling.

You can also make your voice heard more loudly by directly contacting each of these companies and expressing your thoughts using the following petition portal. It explains that, in order to regain your business, these anti-labeling conspirators must agree to publicly speak out in favor of all future GMO labeling efforts, as well as contribute more money to each of these campaigns individually than they spent fighting Prop. 37: http://www.capwiz.com.

Jonathan Benson is a staff writer for Natural News, where this story first appeared. Sources for this article include http://www.organicconsumers.org/articles/article_26620.cfm. 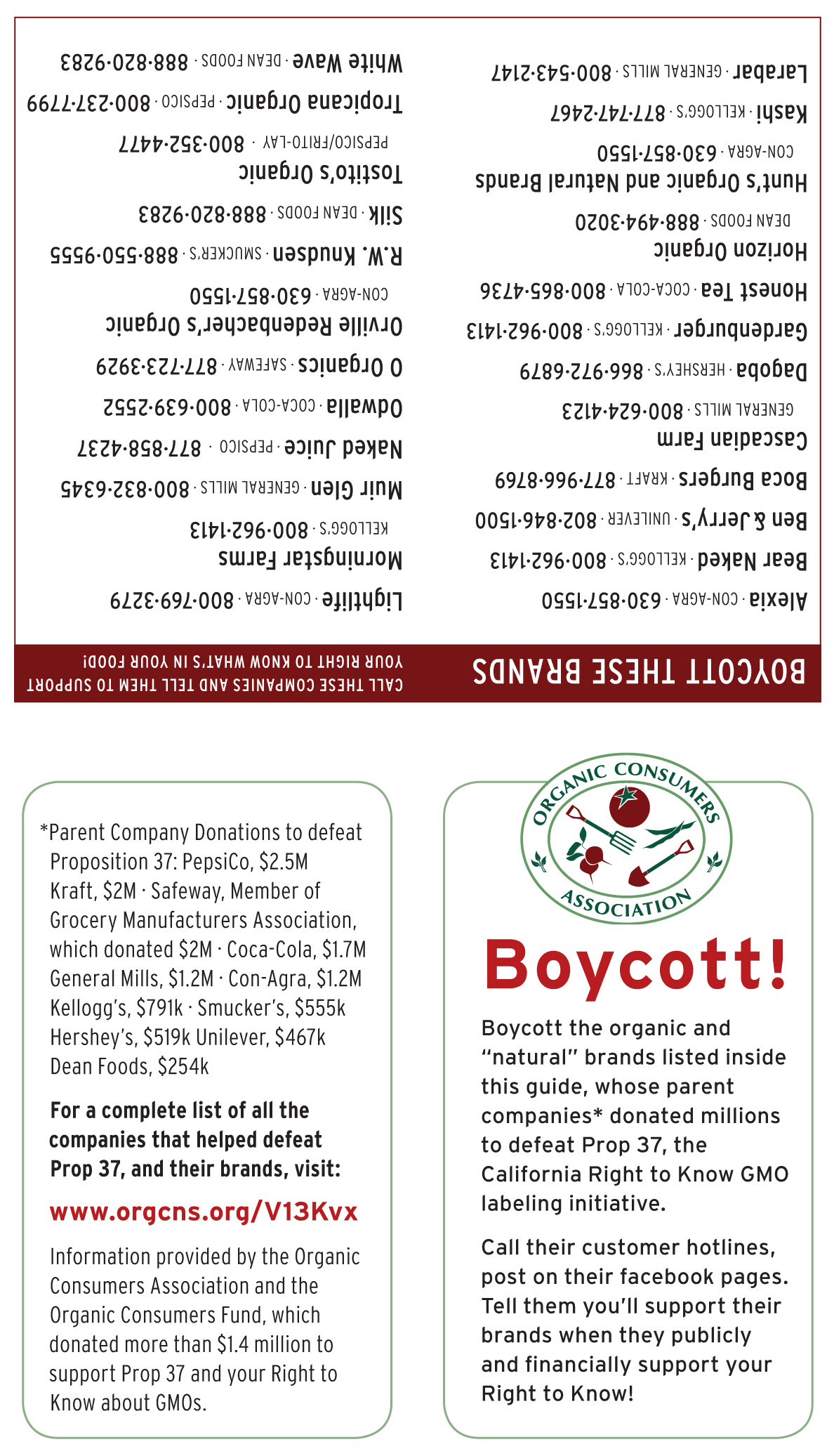