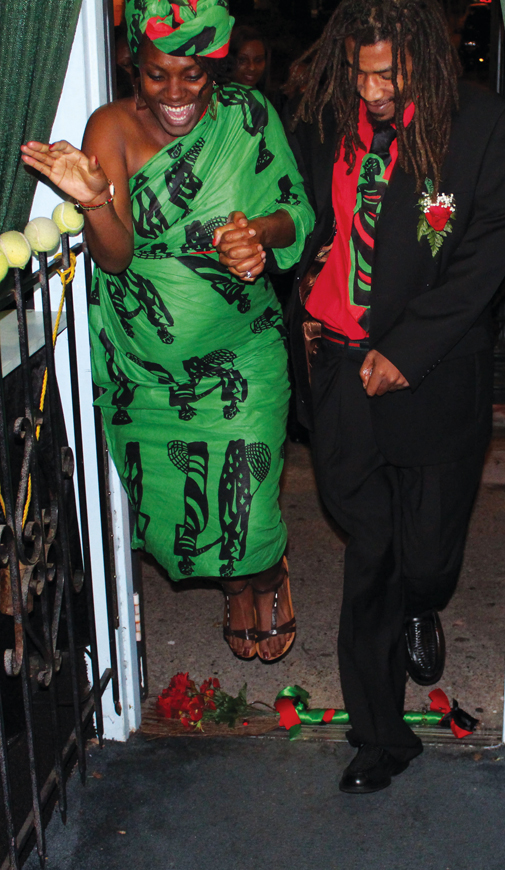 Two very deep people affirmed their commitment to each other through the Afrikan custom of “jumping the broom.” Through their marriage, they celebrate the uniting of their families, and the unity and love of their friends and community.

TaLea “Ms. Incredible” Monet and Debray “Fly Benzo” Carpenter were married on the afternoon of 12.12.12 to the soft strains of Erykah Badu and Stephen Marley’s rendition of the beautiful “In Love with You” from Badu’s “Mama’s Gun” album at the Lighthouse Full Gospel Church, Pentecostal, 2212 Lane St., San Francisco.

The standing room only reception was held immediately after at the East Bay Jazz Workshop at 6604 San Pablo Ave. in Oakland.

Originally planned for outdoors, at Ocean Beach, Point Lobos Avenue, Great Highway, San Francisco, the wedding ceremony was held at the church due to inclement weather.

Afrikan tradition says that marriage customs generally have common threads, no matter where in the diaspora the couples come together. The introduction of various customs during the wedding ceremony and reception is to celebrate and give thanks, praises and respect to true Afrikan history and culture.

Tying the knot, pouring libation through prayer to ancestral spirits, the wearing of particular attire with Adinkra symbols interwoven to represent a particular region in Afrika, the use of cowery shells throughout the ceremony, and jumping the broom come to mind. 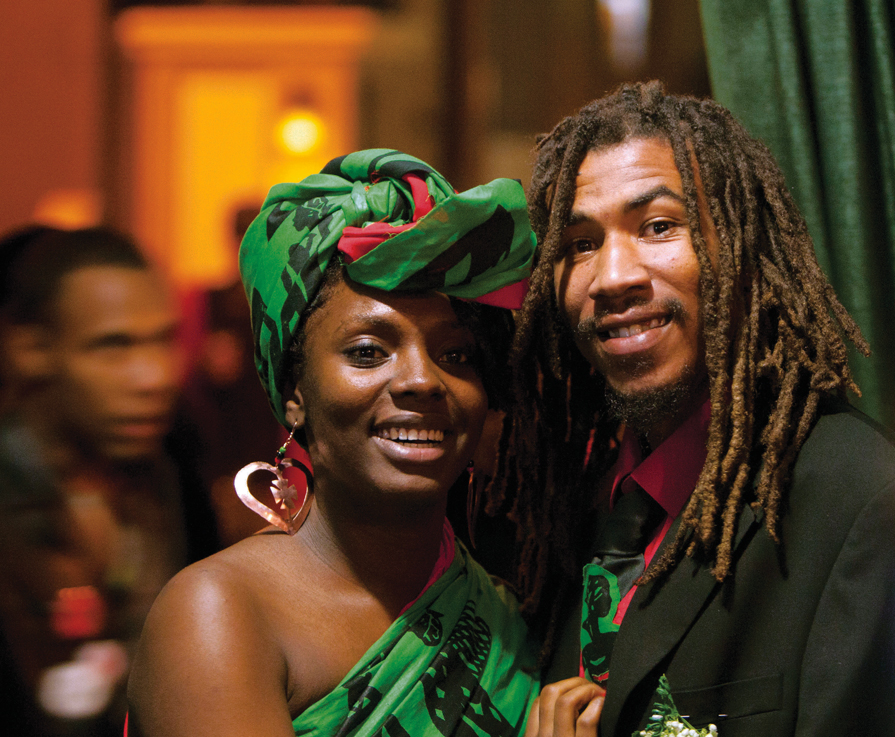 Thus, from the northern diaspora came the color scheme for the wedding: red, black, or green, the choice being given to individuals to choose any or all of the three colors to wear.

Unveiled to the world by the Honorable Marcus Mosiah Garvey and the Universal Negro Improvement Association and African Communities League at the first convention on Aug. 13, 1920, the red black and green flag fulfilled the need for a symbol representing the collective of Afrikan people.

At the same convention, Garvey’s UNIA adopted red, black and green as the official colors of the Afrikan race – red for the “color of the blood which men must shed for their redemption and liberty,” black for “the color of the noble and distinguished race to which we belong,” and green for “the luxuriant vegetation of our Motherland.”

These colors also connect with the tradition of political activism of the two families, community leaders fighting for economic equity, “the right to invite dispute” as a function of the First Amendment right of freedom of speech, and against police brutality and high unemployment rates in the Bayview Hunters Point community of San Francisco.

The history of “jumping the broom” – its original significance and purpose lost due to the enslavement of Afrikan people – is a popular tradition that is shared in both Afrikan-centered and in Western “traditional” Afrikan marriages.

The ceremony represents the joining of two families as well as showing respect and paying homage to our ancestors, thus paving the way for the shared life of the newly wedded couple. It is thus an honor to Afrikan ancestors and a remembrance of the time when Afrikans, due to enslavement, were not allowed to practice our individual and collective religious rituals and customs – a time when Afrikan vows were “illegal” and not sanctioned.

Thus, the ceremony was practiced to give legitimacy, dignity and strength to our unions and to remind us of the tribal marriage rituals where the placing of sticks on the ground represented the couple’s new home together. It is said that another meaning is that the spray of the broom represents all of us scattered and the handle represents the almighty spirit that holds us together. 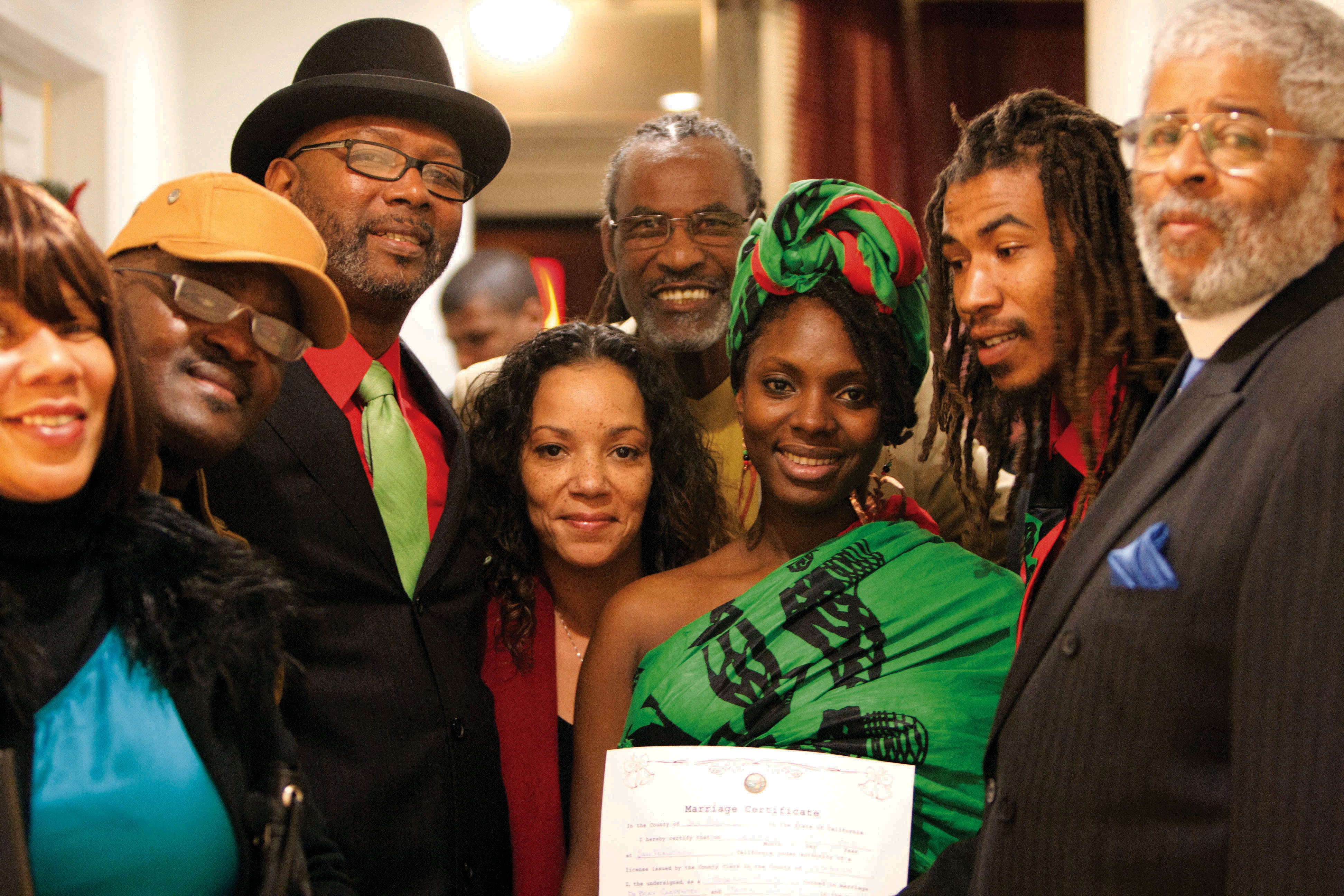 And so, with the honor and dignity that these traditions represent, during the wedding and at the reception, giving homage to the ancestors via spiritual and secular means, color and ritual and with the history of shared activism and political awareness, the pouring of libation and tradition, and the love and respect of their community, family and friends, Ms. TaLea Monet and Mr. DeBray Carpenter jumped the broom!

May their union be blessed! 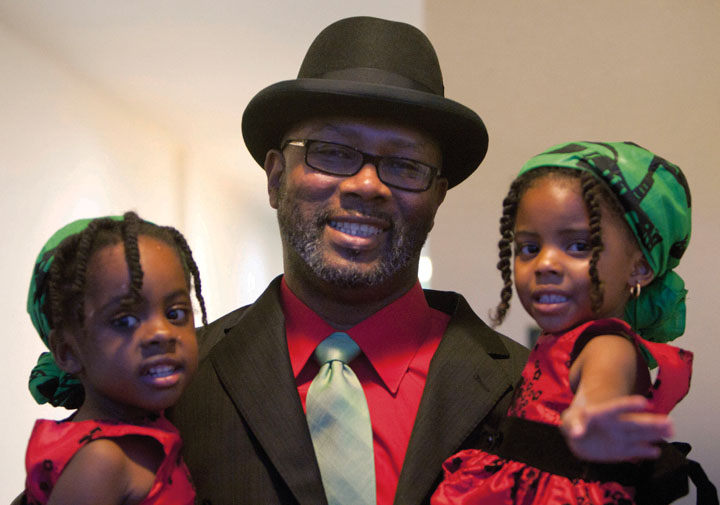 We are forever grateful

“If we could change ourselves, the tendencies in the world would also change. As a man changes his own nature, so does the attitude of the world change towards him. … We need not wait to see what others do.” – Ghandi

Metamorphosis, much like that of a butterfly, takes time. Over the last couple years, I’ve done a lot of learning and growing. 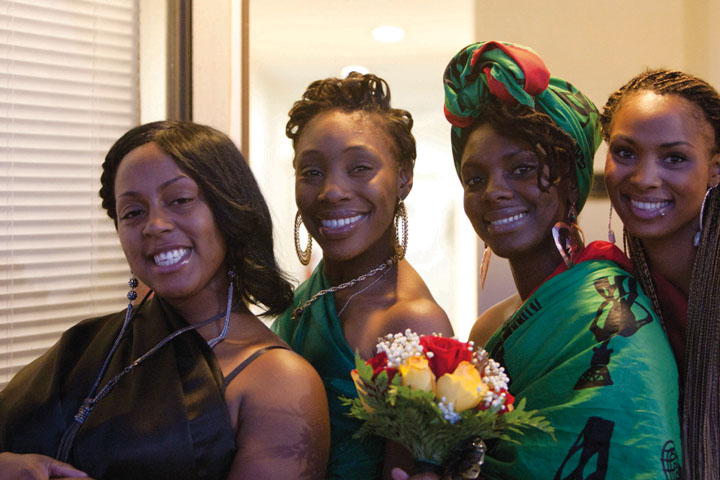 I met my twin flame and we decided that our wedding would be on 12.12.12, and so it was. The colors were RBG. The beautiful bride, TaLea Monet Carpenter, wore a dress and a headdress made of African fabric – of course RBG.

It was a beautiful occasion. A lot of people came out and a lot of people helped to make it happen, especially my mother and TaLea’s father, Malaika, the photographer, Sharena of People’s Community Medics, the Black Riders and so many others and we are forever grateful. Over the ceremony was Bishop Bomar, who we’d also like to thank for agreeing to marry us on short notice and doing it pro bono.