In his last Sunday sermon at Washington National Cathedral, Dr. King retold the parable of the rich man, Dives, who ignored the poor and sick man, Lazarus, who came every day seeking crumbs from Dives’ table. Dives went to hell, Dr. King said, not because he was rich but because he did not realize his wealth was his opportunity to bridge the gulf separating him from his brother and allowed Lazarus to become invisible. He warned this could happen to rich America, “if we don’t use her vast resources to end poverty and make it possible for all of God’s children to have the basic necessities of life.” 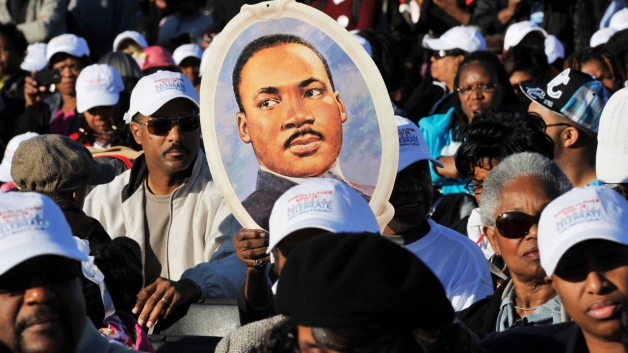 Twenty million of our neighbors are living in extreme poverty, including 7.3 million children. Disgracefully, children are the poorest age group in America, and the younger they are the poorer they are and one in four preschool children is poor. More than one in three Black children and the same proportion of Latino children are poor. Children have suffered most since the recession began.

I have no doubt that Dr. King would be mounting a nonviolent poor people campaign to end rampant hunger, homelessness and poverty today.

Let’s honor Dr. King by our committed action to end child poverty and close the morally obscene gulf between rich and poor in our nation, where the 400 highest income earners made as much as the combined tax revenues of 22 state governments with 42 million citizens in 2008, and the wealthiest top 1 percent hold more net wealth than the bottom 90 percent combined. The rich don’t need another tax break and they need to give back some of their unfair share of our nation’s tax subsidies, loopholes and bailouts to feed and house and educate our children and employ their parents.

Let’s honor and follow Dr. King by naming and changing the continuing racial disparities, undergirded by poverty, that place one in three Black and one in six Hispanic boys born in 2001 at risk of prison in their lifetimes. Incarceration is the new American apartheid. Let’s reroute our children into a pipeline to college and productive work to compete with children from China and India.

I have no doubt that Dr. King would be mounting a nonviolent poor people campaign to end rampant hunger, homelessness and poverty today.

Let’s honor and follow Dr. King by speaking truth to power and demanding justice for poor and vulnerable children with urgency and persistence and effective nonviolent direct actions to bring our nation back from the brink of self-destruction fueled by the unbridled greed of the few and a military budget that dwarfs our early childhood development budget where the real security of our nation lies.

Let’s honor and follow Dr. King by stopping the resurgence of racial and income segregation in our schools, unfair treatment of children of color with zero tolerance school discipline and special education practices that push them out of school and towards prison, and efforts to undermine the hard earned right to vote. Let’s not return to Jim Crow shenanigans that strangled our democracy far too long. 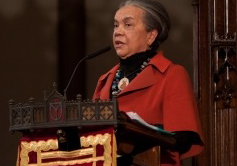 Let’s honor and follow Dr. King by building a beloved community in America where all have enough to eat, a place to sleep, enough work at decent wages to support a family, buy a home, raise children, and send them to public schools that empower children with hope, confidence and skills for the future.

Let’s truly honor Dr. King by transforming our education system that sentences millions of children to social and economic death by failing to prepare them and our country for the future. That a majority of all children in all income and racial groups and 76 percent of Black and Hispanic children cannot read or compute at grade level in fourth and eighth grades is a threat to America’s future economic and military strength.

Let’s honor Dr. King by ensuring every child’s safety and right to live by ending the epidemic gun violence in our nation that has snuffed out more than 1.3 million American lives since he and Robert Kennedy were killed by guns in 1968 – including the lives of approximately 148,000 children and teens. That is 7,400 classrooms of 20 children.

Let’s honor Dr. King by standing up and doing whatever is required for as long as needed to break the political grip of the National Rifle Association (NRA) and their allies who seek to add more guns to the approximately 300 million in circulation and continuing production and sales of assault weapons and high volume ammunition magazines that should not be in the hands of civilians.

The day after Dr. King was shot, I went into riot torn Washington, D.C., neighborhoods and schools urging children not to loot, get arrested and ruin their futures. A young Black boy about 12 looked me squarely in the eyes and said, “Lady, what future? I ain’t got no future. I ain’t got nothing to lose.” Let us follow Dr. King by proving that boy’s truth wrong in our militarily powerful, materially rich, but too spiritually poor nation.

Dr. King is not coming back. It’s up to us to redeem the soul of America. He told us what to do. Let’s do it.

Marian Wright Edelman is president of the Children’s Defense Fund whose Leave No Child Behind® mission is to ensure every child a Healthy Start, a Head Start, a Fair Start, a Safe Start and a Moral Start in life and successful passage to adulthood with the help of caring families and communities. For more information, go to www.childrensdefense.org. Mrs. Edelman’s Child Watch Column also appears each week on The Huffington Post. 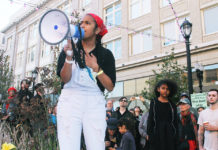