I believe the law that tries juveniles as adults is unconstitutional because it is unfair and violates the 14th Amendment. It is unconstitutional for a state to have a law that treats a class of people differently from others. Juveniles, or minors, are a class of people; and since they are under the age of 18 and not adults, they are denied all rights of adults. Therefore, it is wrong and unfair to have a law that allows juveniles to be tried and punished as adults yet denies them the same rights as adults. 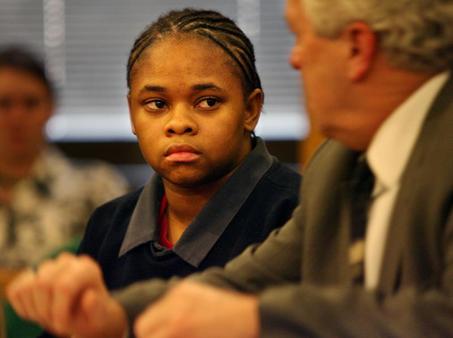 Furthermore, under the 15th and 14th Amendments and supported by the 26th Amendment, this law is unconstitutional because juveniles are being denied their rights to have a say in a law that changes and affects their status as juveniles or minors to punish them as adults. Before the enactment of the 15th and 19th Amendments, women and people of color could not vote for or against laws that affected them; they had no voice, no say whatsoever, and this was ruled unconstitutional.

Well now juveniles or minors are in the same boat. They have no seat at the table to agree with or oppose a law that treats them differently for the sole purpose of punishing them. This is backed up as being wrong and unconstitutional by the 26th Amendment. The people enacted this amendment because they felt it was wrong and unfair to send 18-year-olds to war – treating them as adults – yet deny them the right to vote like adults and not allow them to have a say in things that affect them. The 26th Amendment supports our argument. If a law is enforced that allows juveniles to be treated and punished as adults, then they should have the right to have a say and vote, which they don’t. Therefore, it is unconstitutional.

It has been clearly established in three recent cases – two in the U.S. Supreme Court (Miller v. Alabama and Graham v. Florida) and one case in California Supreme Court (People v. Caballero) – that there is a difference between juveniles and adults in regards to the brain. With juveniles, their brains are not fully mature and developed. Therefore, they do not think, see or understand things clearly as adults do. It has also been scientifically proven that the human brain is not fully developed until the age of 25, adding more support to the fact that there is a big difference between juveniles and adults. Therefore, juveniles should be treated as juveniles and not adults.

In addition, the courts have clearly stated and have held on multiple occasions that a sentencing rule permissible for adults may not be so for children. Yet juveniles continue to receive the same nominal sentences as adults, even though the two classes differ significantly in moral culpability and capacity for change. The courts have also stated that children are not miniature adults, yet the courts continue to sentence juveniles as if they were, which is totally wrong and unfair for they have acknowledged and agreed that children are not miniature adults.

It has been pointed out in both the Miller v. Alabama and Graham v. Florida cases that the whole reason for these laws and tough life sentences for juveniles is so it will keep juveniles from committing serious crimes. But how can this be a deterrent when children are not aware of these laws? They’re kids and have no knowledge of the laws and how they affect them. Those who want this to be a deterrent must make sure children are aware of these laws, whether it be in schools or some other place where there’s a lot of children.

The courts have clearly stated and have held on multiple occasions that a sentencing rule permissible for adults may not be so for children. Yet juveniles continue to receive the same nominal sentences as adults, even though the two classes differ significantly in moral culpability and capacity for change.

It needs to be made known to the public that juveniles who are detained in juvenile halls and tried as adults are at a disadvantage from adults held in county jails for the following reasons: (a) In juvenile halls, there are no law libraries; that denies juveniles the opportunity to learn about the law, what to expect in trial or to research their case; (b) in juvenile halls, one is not allowed to carry or have a copy of his transcripts, therefore making it impossible for juveniles to get familiar with their case. 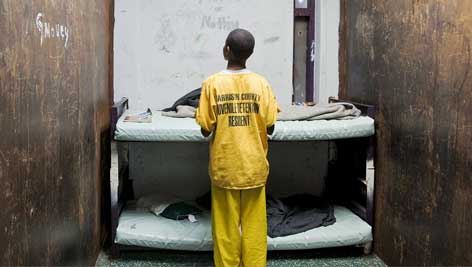 Could the mental capacity of juveniles be compared to that of a mentally ill adult? Studies which have shown that juvenile brains are not fully developed or mature, making their comprehension of their actions equivalent to that of a mentally ill adult. In both cases, the individuals are likely to make poor decisions and judgment calls and lack the complete knowledge and understanding of their behavior at the time of their crime. If we could have people look at juveniles this way, they would be seen in a much different light than mentally healthy adults charged with the same crime.

Another point I wish to bring to light is this: In many cases where mentally ill people committed serious crimes, they are found to be mentally unfit to be fully punished for their crime. These individuals are not held fully responsible for their actions and are therefore sent to a hospital or some other institution where they can be helped and treated rather than sent to prison for the rest of their lives. There at the hospital they are cared for and treated and then cleared by a board of doctors before they are allowed to be released back into society, right?

If so, I feel, due to a juvenile’s lack of a mature and developed brain, they should be treated the same. There should exist a different Board of Parole for them as well, one that is similar to the ones a juvenile would face if sent to the Youth Authority, which would take into account all these factors and treat them differently than an adult board system and allow them a fair punishment rather than a harsh one. The Parole Board members in the Youth Authority have more and better experience dealing with juveniles than the Board of Prison Terms.

Due to all the reasons stated above, something needs to be done and changes are a must. Giving juveniles life sentences in my view is not the answer, for it does not solve or change anything. And from the opinions of the courts in the Miller v. Alabama, Graham v. Florida and People v. Caballero cases, the courts made it clear that there is a difference between juvenile defendants and adult defendants. Juveniles are not miniature adults and therefore should not be treated as such.

The courts in these three cases also feel that the legislature should do something once and for all to remedy this issue regarding juveniles being treated and sentenced as adults. Otherwise cases will continue coming up in front of the courts to deal with. The courts understand that the legislature and society feel that treating juveniles as adults when they commit serious crimes such as murder and attempted murder is the right thing to do, for the punishment in the juvenile court system would be too lenient.

However, in a recent study, 88 percent of people on the West Coast feel that juveniles should be given a second chance. So we need to meet in the middle, where both sides give in a little and everyone is satisfied: (a) Juveniles would not get the slap on the hand that the legislature and society feel they would get with the juvenile court system; (b) juveniles would not be treated as adults and locked up for the rest of their lives with these outrageous sentences. They will be given that second chance that society feels they should be given.

Something needs to be done and changes are a must. Giving juveniles life sentences in my view is not the answer, for it does not solve or change anything.

So how do we do that? By writing up a new bill that will not just affect one group of juveniles who have been charged as an adult, but a bill that is fair and will affect all of us. A bill needs to be written up that will satisfy everyone across the board and that is fair. I suggest this: Why not give juveniles flat time? For example, the juveniles found guilty of attempted murder should be given anywhere from 10-15 years. For second degree murder, given 15-25 years. For first degree murder given 20-30 years and for the juveniles who would receive life without parole, give them 25-35 years. Juveniles who are given these flat sentences with caps of course will serve no less than the first number of years of their sentence. If they have not shown that they’re ready to be released, they can be held until the last number of years of their sentence which would be the cap. Once they hit that cap, they must be released.

This guarantees them a second chance. No one can argue that this is a slap on the hand for it is triple the time they would receive if tried as a juvenile in the juvenile court system. At the same time it will save the state a whole lot of money. This bill should satisfy the legislature and society because it is not letting anyone get off easy for something they have done and at the same time we are not just locking up these kids and throwing away the keys on them, which giving them a life sentence does in almost all these cases. So writing up a bill that is fair and getting it passed would help everyone.

What is Juneteenth and why are 42 states and the District of Columbia celebrating it this year?