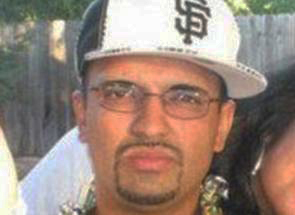 On Dec. 12, the San Joaquin County District Attorney’s Office cleared Manteca police officer John Moody of any wrongdoing for the shooting death of Ernest Duenez Jr. on June 8, 2011. Moody fired 13 times, with 11 bullets hitting Duenez as he struggled to exit a truck parked in his own yard. Moody is back on the job, free to continue terrorizing the people of Manteca.

The DA claims that Moody legitimately believed his life was in danger, claiming that he saw Duenez with a throwing knife in hand. After Duenez’ death, the Manteca police had to acknowledge that the reason Duenez was slow to exit the vehicle was because his leg had become caught in the safety belt. Police claim that a small knife was found in the truck bed, while Duenez was in the passenger seat.

After Duenez’s death, his brother Gabriel led weekly protests outside the Manteca Police Department. Ludicrously, the Manteca police were granted a restraining order against Gabriel Duenez, claiming that his peaceful protests constituted a “threat” to the entire police department. His protests continued, but 100 yards from the department. 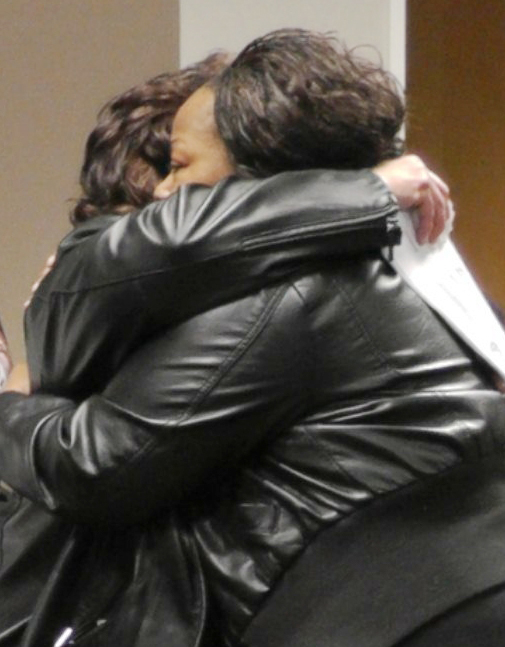 Rosemary Duenez, Ernest’s mother, has vowed to continue the fight for her son. She said, “We won’t give up ‘til we get justice, ‘til John Moody sees justice.” Whitney Duenez, Ernest’s widow, added, “’Til he sees something more than three days’ paid vacation.”

The Duenez family is represented by civil rights attorney John Burris, who filed a federal wrongful death suit against Moody and the City of Manteca in July. The day after the DA’s decision, Burris released the video of the shooting taken from Moody’s dashboard camera. (Watch it below or at http://youtu.be/nAe6mNhkpBk.)

The video shows Moody suddenly drive up to a house where a truck has just parked. Moody screams: “Hands up! Hands up, Ernie! Don’t you move! Ernie, don’t you move or I’ll shoot you.” Moody charges the parked truck, drawing his gun. Duenez starts to exit the truck and Moody screams, “Hands up! Drop the knife now!”

Then, although Duenez is not in striking distance of Moody and has not raised his arms in any threatening fashion, Moody starts firing at Duenez, who immediately falls to the ground. Moody continues firing into Duenez’s writhing body. Moody cries, “Shots fired!” and then shoots another bullet into Duenez, who was hit a total of 11 times.

Then, an unarmed woman, Whitney Duenez, runs out of the house, screaming “No, no!” As she runs towards her husband, Moody points his gun at her head and says “Get back now!” She ignores Moody’s threats and runs and kneels over Duenez crying. He points the gun at her again and repeatedly screams, “Get back now!” as other cop cars arrive.

She tells Moody, “You’re so f—ing out of your head!” Another cop approaches her and she asks, “What are you guys doing?!” Then, several cops surround Whitney, all with guns pointed at her head, until one cop drags her away from behind. She can be heard screaming “He’s dying!” from off-screen.

The cops roll Deunez’ body over, handcuff and strip him, asking each other, “Does he have a knife on him?” An officer asks Moody if he is okay. He says calmly: “Yeah, I’m good. I’m just looking for the knife he had when he got out.” A full seven minutes go by before any form of medical treatment is offered to Duenez, who was declared dead at the scene.

This is the video the DA office watched in determining that the shooting was “justified.” Their “video experts” claim that a knife is visible in Duenez’s hand when he is seen first exiting the truck. This writer, along with Duenez’ family and legal representation, have not been able to see any weapon in Duenez’ hands. However, even if Duenez had a knife, the video makes it clear that Moody did not have to shoot at Duenez 13 times to protect himself.

Shortly after the Duenez family released the video on YouTube, it was taken down due to its “graphic nature,” but it has since gone viral.

As videos of police shootings become more omnipresent online, the true role of the police is becoming more apparent to broader strata of American workers. Police in this country do not protect and serve the public but function as death squads to keep poor and oppressed people terrorized.

William West writes frequently for LiberationNews.org, where this story first appeared. He can be reached at treywillwest@hotmail.com.