California Department of Public Health director and state health officer Dr. Ron Chapman has unveiled new ethnic-market advertisements that will continue to educate Californians on the harmful effects of tobacco use. 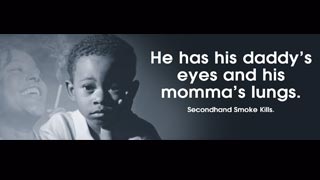 The advertisements, which include radio and print ads for the African American market, will start airing in early January and can be viewed at TobaccoFreeCA.com. In California, Black and Hispanic men smoke at higher rates (18.9 percent and 15.5 percent, respectively) than white men (14.3 percent). Among women, Blacks continue to have the highest prevalence (15.2 percent), followed by whites (11.2 percent).

Chapman also released the state’s first “State Health Officer’s Report on Tobacco Use and Promotion,” featuring new data on illegal sales to minors, the disproportionate number of tobacco retailers and advertising in minority and low-income neighborhoods, the effect of tobacco advertising in stores, and troubling tobacco-use trends.

Highlights of the report include:

In addition to the ads, a new Spanish website, CAsinTabaco, was launched to complement the campaign and to provide the Spanish-speaking community the tools they need to quit.

The California Tobacco Control Program was established by the Tobacco Tax and Health Protection Act of 1988. The act, approved by California voters, instituted a 25-cent tax on each pack of cigarettes and earmarked five cents of that tax to fund California’s tobacco control efforts. These efforts include supporting local health departments and community organizations, an aggressive media campaign, and tobacco-related evaluation and surveillance.

California’s comprehensive approach has changed social norms around tobacco-use and secondhand smoke, resulting in dramatic decreases in smoking in the state. It is estimated that California’s tobacco control efforts have saved more than a million lives and have resulted in $86 billion worth of savings in health care costs. Learn more at TobaccoFreeCA.com.