City College of San Francisco, one of the nation’s most successful community colleges, is fighting for survival. A lifeline to immigrants, students of color and the poor, the school has been knocked to its knees by brutal austerity measures. Looming is a March 15 deadline to change – or face closure.

In three years, CCSF lost $53 million in revenue. California’s education top brass insist the community college abandon its mission of “lifelong learning” and adopt a streamlined “business model” that is devoted solely to preparing students for careers or four-year universities.

In July, the region’s private accrediting commission threatened that, without draconian changes, they would revoke their certificate of approval (see previous article, “Saving City College of San Francisco”). Since then, two interim chancellors have taken a chain saw to CCSF and, so far, the Board of Trustees has rubberstamped the demolition.

In December, faculty and staff formed Fight to Save CCSF. Its aim is to launch a campus-wide coalition of students, staff, faculty, labor and the community. They opened spring semester with a bang: a hundreds-strong picket and boycott of a speech by the chancellor. The student activist group has already declared their intent to join and help organize a Feb. 6 come-one-come-all meeting to inaugurate the new coalition.

“We are battling a privatization tsunami,” said Dr. Robert Price, chemistry professor and co-convener of Fight Back to Save CCSF. “If we unite, we can have tremendous impact.”

In December, faculty and staff formed Fight to Save CCSF. Its aim is to launch a campus-wide coalition of students, staff, faculty, labor and the community.

The CCSF battle is a David versus Goliath match-up. On one side are the courageous campus dissenters, backed by a citizenry who strongly support the school that gave so many a foothold. In November, they voted by 73 percent to tax themselves to fund the college.

The opposition is from the halls of power. The state board overseeing community colleges appointed a “special trustee” with veto power, paid $1,000 per day, to ram through the changes. Their mouthpiece, the SF Chronicle, portrays CCSF as a dysfunctional holdout to modernization. State and city officials remain resolutely silent. 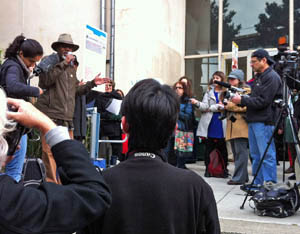 Tarik Farrar, chair of CCSF’s African American Studies, insists, “CCSF is not a basket case; the problem is not investing in public education.”

In the latest salvo, Interim Chancellor Thelma Scott-Skillman announced that the new tax, clearly earmarked to prevent layoffs and maintain student services, would instead be held in reserve. Then, she imposed an 8.8 percent pay cut, prompting the American Federation of Teachers (AFT) to file an unfair labor practice complaint. By year’s end, she had fired 34 full-time and 40 part-time employees.

State education administrators claim the March 15 deadline is jeopardized by labor resistance. AFT is in negotiations and opposes the demand for yet another pay cut. Tragically, the leadership of the staff union, Service Employees International Union Local 1021, is telling members not to join the fight back.

Clearly the survival of labor and CCSF depends on building an all-inclusive coalition capable of militant, sustained protest.

All out to defend City College!

Students, staff, faculty, and community are joining together in the fight to save City College of San Francisco from closure. You are invited to the launch of the campus-community coalition on Wednesday, Feb. 6, 6-8 p.m., at CCSF Mission Campus, Room 109, 1125 Valencia, between 22nd and 23rd streets, San Francisco.

CCSF is a great school, but the forces of privatization want to step in to change its mission. This fight is not about a dysfunctional school; it is about the austerity-driven plan to destroy public education and replace it with for-profit schools.

City College of San Francisco is the largest community college in the country, with a proud track record of successfully preparing students to transfer to four-year colleges. CCSF graduates prepare food in the finest restaurants, work as nurses and radiologists in the best hospitals, and thousands of immigrants learn to speak English and older adults benefit from the myriad of courses designed for them.

But all of these accomplishments are threatened for next year’s students. This is intolerable! Inspired by the Chicago teachers’ strike and the Quebec students who won the repeal of tuition hikes, a movement to defend CCSF is growing.

Students, staff, faculty, and community are joining together in the fight to save City College of San Francisco from closure. You are invited to the launch of the campus-community coalition on Wednesday, Feb. 6, 6-8 p.m., at CCSF Mission Campus, Room 109, 1125 Valencia, between 22nd and 23rd streets, San Francisco.

The faculty, staff and student coalitions have joined together to form a campus-community coalition to defend the college. All members of the Bay Area community are invited to attend to learn more about what’s happening at CCSF and to help plan the fightback. Bring your ideas!

The coalition, which is actively being supported by the Freedom Socialist Party and Radical Women, is in the process of developing demands. Under discussion:

CCSF’s rebels recognize that they are part of a worldwide movement of resistance against austerity-driven attacks on public education. They demand fully-funded, quality, public education accessible to all. And they are ready to do battle to win it.

This story first appeared in the Freedom Socialist. Luma Nichol can be emailed at luman2@earthlink.net. Information from Elisabeth Arruda, who posted a petition at Change.org, has been incorporated. 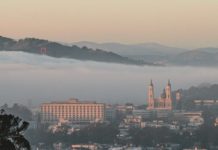 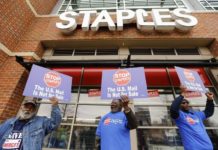