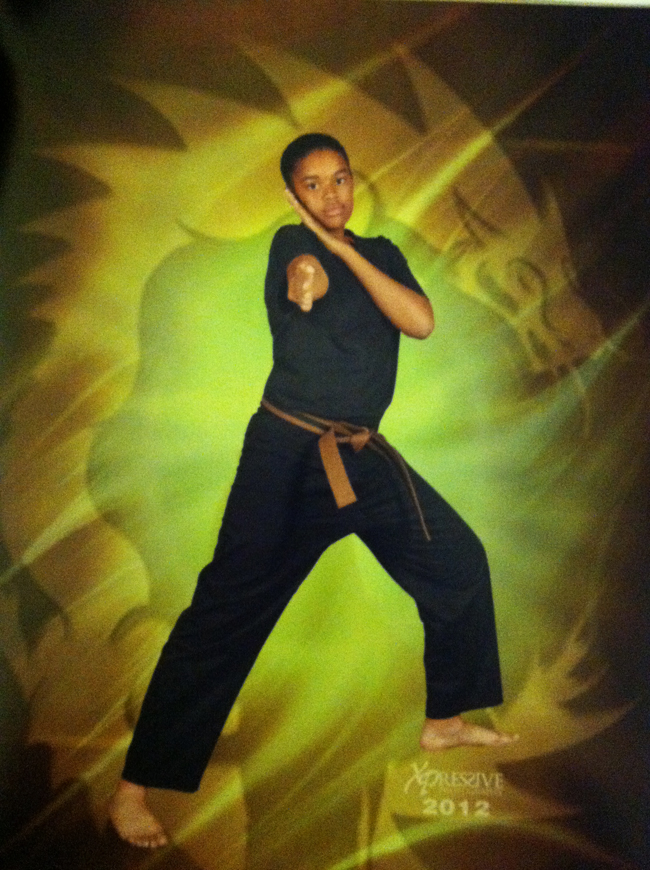 At the tender age of 15, Tamia Hooker is not in the streets chasing boys; she is at the Delta One Martial Arts studio throwing punches and kicks while sparring. In a relatively short time, she has achieved Black Belt status in Kajukenbo. Now she is aimed at becoming a teenage martial arts teacher in Antioch. Check out this rising martial arts star in her own words …

M.O.I. JR: What martial art do you practice? When did you become interested in martial arts?

Tamia: The martial art I practice is called Kajukenbo. It’s a hybrid martial art that combines Western boxing, Judo, Jujitsu and Kung Fu. I’ve always thought martial arts was interesting, but as a small child around the age of 3 I started practicing. When I turned 13, that’s when I really started to take it serious.

M.O.I. JR: When did you decide you wanted to be a black belt?

Tamia: I didn’t have to decide; it was something for me that was automatic. I’ve always admired my instructor and how he teaches our classes. I knew I wanted to be just like him, an instructor and a role model. Now that I’m a black belt, I’m being trained to teach the younger classes, ages 5-9.

M.O.I. JR: How long did it take you and how much work was it? How much do you train every week?

Tamia: It took one year to prepare for my black belt. It was really hard work and it took a lot of dedication. I trained four days a week with a total of about 12 hours per week. My weekends were spent running several miles and tons of boot camp training. 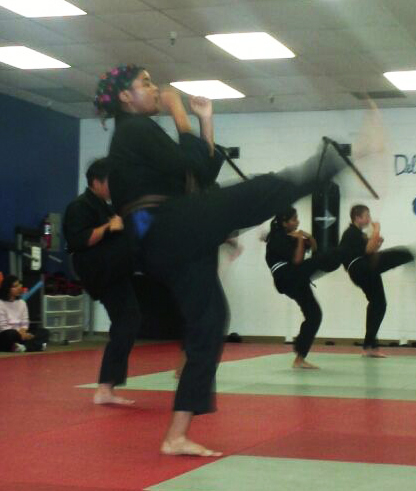 M.O.I. JR: Now that you’re a black belt, what do you want to do next with martial arts?

Tamia: I’m a natural born leader, so I think that I’m going to focus on becoming an instructor and advancing my belt to the highest degree possible. My instructor is a 4th degree black belt, I won’t stop until I have earned the title of Simu Tamia – the title given when you are a teacher – and can work hard and earn all the degrees of black belts as my instructor has.

M.O.I. JR: Do you want to master other martial arts? Which ones?

Tamia: Yes. I would like to master Kenpo Karate. It is a system of martial arts characterized by the use of quick moves in rapid fire. Although Kajukenbo has jujitsu in it, I would like to also learn more about that martial art. It consists of grappling – or wrestling – and striking. I also would like to be more competitive and participate in local tournaments.

My instructor is a 4th degree black belt, I won’t stop until I have earned the title of Simu Tamia – the title given when you are a teacher – and can work hard and earn all the degrees of black belts as my instructor has.

Tamia: I attend Delta One Martial Arts in Antioch, Calif., under the instruction of Sifu Tim Calvin. 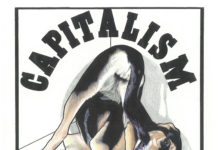 Living on this earth 95 years!