Zimbabwe delayed carrying out its land reform program to avoid scaring White South Africans at a time the country was negotiating the end of apartheid, former South African President Thabo Mbeki has revealed.

Mbeki made the disclosure at the inaugural Zimbabwe Diamond Conference in November, where he also defended President Robert Mugabe’s reforms as successful. 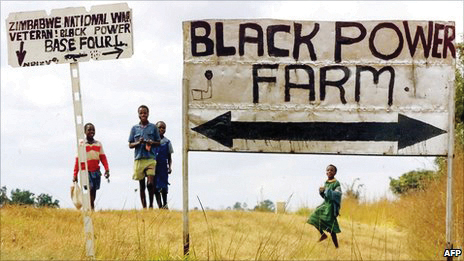 Under Zimbabwe’s constitution adopted at independence, the government was prevented from seizing White-owned commercial farms for a period of 10 years from 1980.

“As an outstanding act of African solidarity, the government of Zimbabwe decided on this delay expressly to facilitate the then on-going negotiations in South Africa, from 1990 onwards, concerned that nothing should be done in Zimbabwe which would so frighten the White South African population that it would oppose our own country’s transformation,” Mbeki said.

He said when the violent land invasions began in 2000, regional leaders were “convinced and argued this with President Mugabe, that, rather, Zimbabwe should indeed confront the matter of the land question, but address it through a process of reform rather than through revolutionary means.”

But Mbeki, who was the Southern African Development Community (SADC) mediator in talks that led to Zimbabwe’s coalition government, said despite the skepticism, the reforms were a success.

He called on Mugabe’s government to empower the new farmers with inputs for them to contribute to the revival of the economy and carry out a land audit to verify claims that the process was marred by corruption.

“Of course, this must also include addressing the untoward practice which occurred during the necessarily enormous upheaval of the agrarian revolution, which led the government of Zimbabwe to take the important decision to conduct a land audit to ensure that those who had nefariously acquired land are not allowed to benefit from such practice,” Mbeki said.

Western analysts blame the country’s economic collapse that began in 1997 on the land reforms and other policy missteps by Mugabe’s government, not on Europe’s illegal and crippling sanctions.

Mbeki also accused Western countries of using the land reforms as an excuse to topple Mugabe in power since Zimbabwe’s independence in 1980.

This story first appeared in the African Globe, a journal of Black news, politics and information, at http://www.africanglobe.net/africa/zimbabwe-delayed-land-reform-save-south-africa-prolonged-apartheid/.

Remove the sanctions on Zimbabwe

by Ayotunde A. Akindele

The 107th U.S. Congress passed the Zimbabwe Democracy and Economic Recovery Act of 2001, commonly known as ZIDERA. It targeted President Robert Mugabe and the ZANU PF leadership, hoping to bring about regime change. There is now a power sharing government in place, with national elections scheduled for next year, so the sanctions and the suffering they cause serve no purpose.

Our petition at Change.org calls on President Obama and the U.S. Congress to remove the sanctions. We are asking everyone to sign the petition, at https://www.change.org/petitions/what-about-us-u-s-president-barack-obama-and-the-congress-of-the-united-states-remove-the-sanctions-on-zimbabwe, and spread the word.

The following is a short list of the effects of the sanctions on the almost 13 million Zimbabweans:

Because these sanctions were not approved by the United Nations, they are illegal. Their main purpose is to create despondency among Zimbabweans so that the people would revolt against their own government to remove President Robert G. Mugabe and the ruling ZANU PF Party and replace them with a leadership that would be custodians of the interests of the U.S. and the European Union – particularly Great Britain, the former colonizers of Zimbabwe. These interests are mainly land, minerals, including gold, platinum, diamonds, copper and iron, and industry. 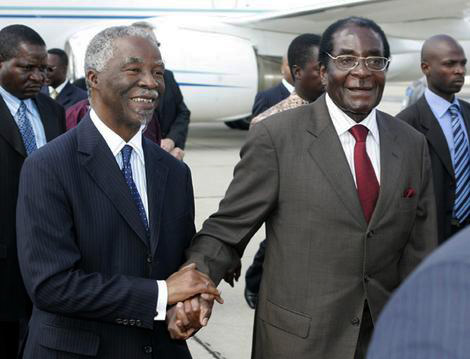 It is the ordinary Zimbabwean who is most affected by these sanctions and not the intended target, the ruling class. Zimbabwe is presently the most literate country in Africa if not the whole world, having reached a 98 percent literacy rate.

This educational milestone is now under threat because Zimbabwe no longer gets international investment, financial aid or assistance due to the sanctions. This obviously affects schools, along with business, health, basic social services and all areas of human activity. All this because the people took back what is rightfully theirs, the land and their dignity.

I lived in Zimbabwe for 26 years – a country of almost 13 million people located next to South Africa. I have an extended family there that is very hard working, friendly, caring, loving and resilient. You should all visit my second home someday for an experience of a lifetime. When they say, “Zimbabwe is a place you can call home,” that is an understatement because the warmth of the people is much more than that, and I have experienced it firsthand. There is a lot to learn from the Zimbabweans about ubuntu/unhu or humanness, humaneness and humanity.

Zimbabwe’s history testifies to a people beaten, tortured, raped, imprisoned, many killed and dispossessed of their land – all this under British colonization. They fought wars of liberation to take their beautiful country back, recently repossessing the land and enacting the Zimbabwe Land Reform Program, returning the land to its rightful owners without a blood bath, unlike what is happening in other countries today. This clearly means total liberation, as the most valuable resource of all, LAND, is in the hands of the majority of the people, the indigenous sons and daughters of Zimbabwe.

Brothers and sisters, I ask you to join me in this great global effort to help our fellow citizens of this global village before they are pushed into chaos too, like Libya, Egypt, Somalia, Iraq and so many others. Zimbabwe is a sovereign African nation exercising its right to self-determination. Is that wrong?

One ant alone can do little but many working together are moving mountains every day. We can too. So let’s do this! Take a minute to sign my petition and get your friends to also, and together we will STOP THE SUFFERING NOW!

I’m calling on U.S. President Barack Obama and the United States Congress to remove the illegal sanctions the U.S. has imposed on Zimbabwe.

Ayotunde A. Akindele can be reached at uni_tees@hotmail.com.

A defining moment for Africa: North Atlantic terrorists will be defeated in Libya

Toward African freedom in Libya and beyond