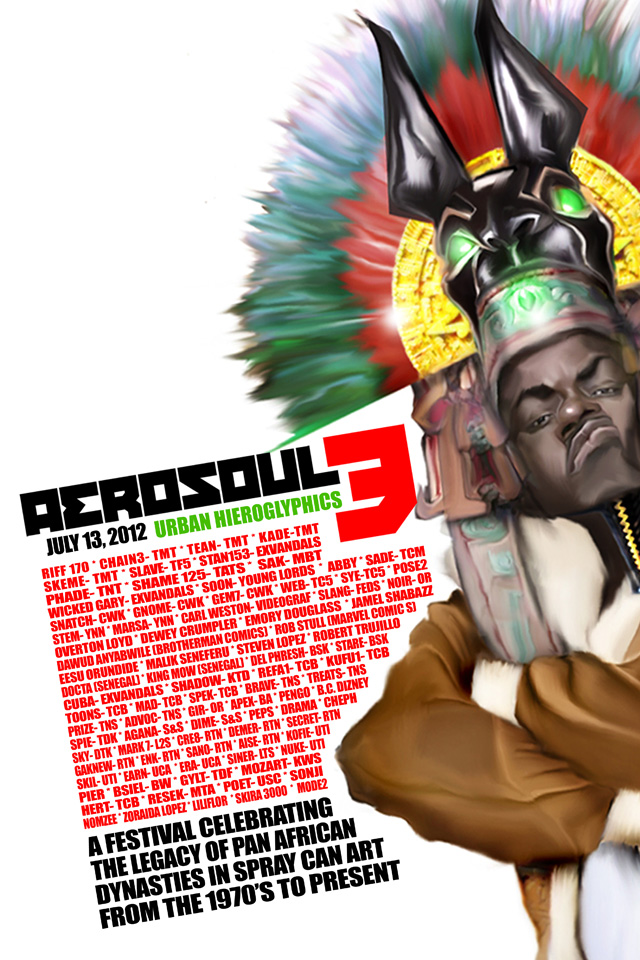 Refa-1 is a revolutionary graffiti artist who made history in the Bay Area about 18 years ago by creating a commissioned Malcolm X mural at San Francisco State with anti-zionist messages. The administration took it down, but only after a two week long fight with Black students and their supporters.

Since then, Refa-1 has been making a name for himself curating the Aerosoul shows over the years, which concentrate on the spray paint artist from all over the Pan African and Indigenous world. Don’t miss the closing reception to AeroSoul3, which is Friday, Feb. 22, at the African-American Art and Culture Complex, 762 Fulton St. in San Francisco, at 6 p.m. Here is Refa-1 in his own words …

M.O.I. JR: Can you talk a little bit about how you became a graff artist? When did you start taking it serious?

Refa-1: I became a spray can writer when I was 11 going on 12 in Oakland, California. Writing culture was serious from the jump ‘cause HipHop was serious business at that time. It was an amazing time to sharpen yourself against your peers who were pushing you to be creative.

M.O.I. JR: Why do you think it is important to have a political message in most of your work?

Refa-1: The nature of the genre is political in and of itself just by virtue of being rebellious to the repressive norms of the capitalist status quo establishment. Having a political message in my work is important because writing gives me a platform to express identity and speak to the interests of my oppressed people. Writing is a creative method of informing people about problems as well as solutions affecting the African diaspora.

M.O.I. JR: How has the art of Black Panther artist Emory Douglas affected your work?

Refa-1: I was particularly inspired by Emory as a panther cub growing up in the bay. Emory and the Black Panther Party forged the path for writers like me by taking control of the visual landscape of the Black and oppressed communities with posters promoting the agenda of freedom fighters. I wanted to grow up to be one and I have. I’ve had the honor of working directly with Emory and the Panthers to continue the legacy of serving the people as a revolutionary artist.

Writing gives me a platform to express identity and speak to the interests of my oppressed people. Writing is a creative method of informing people about problems as well as solutions affecting the African diaspora.

M.O.I. JR: Can you talk a little about your upcoming show? What is the theme? Why is the theme unique?

Refa-1: AeroSoul3 is having its closing reception on Feb. 22, ending a six-month show at the African American Art and Culture Complex. The exhibition features the Black spray can art masters of the craft from the African Diaspora. Some of the legends include Subway masters Chain3, Sak, Slave, Skeme, Shame125th, Abby as well as writers from outside the nation like Mode2 and Docta of Senegal. 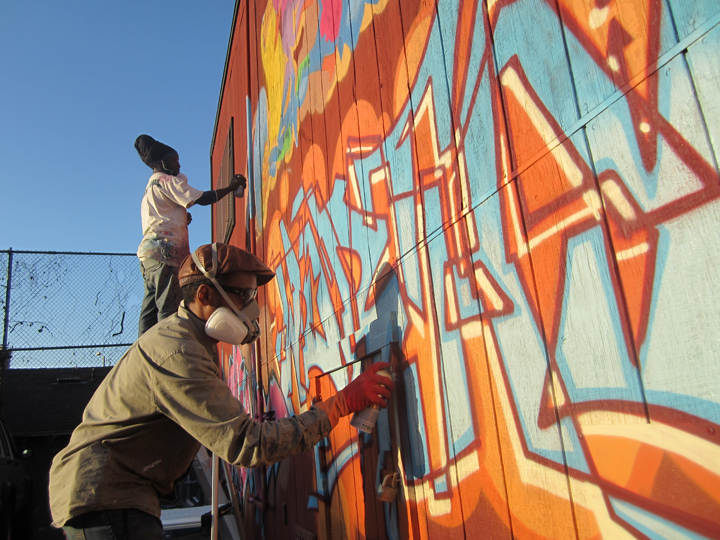 The theme of the show is “From Kemet 2 Aztlan.” It’s a Black and Brown unity theme where we are also featuring work from master writers from the Brown community like Skill UTI crew from LA. AeroSoul is a celebration of the community building work we do all year, building with youth through art and culture.

AeroSoul is a movement addressing the violence and self-hatred that has polluted our community through corporatized media and colonial miseducation. We made a call to the Black spray can artist community to take a collective stand and organize to use our skill to liberate Black people, especially the youth.

It is the first element in HipHop to organize internationally annually to address our people’s problems. Our overarching goal is that all the elements of HipHop would follow suit and begin to use the culture to free us from oppression. AeroSoul has the political undertones of the ideology of PanAfricanism. Considering the United Snakes of America’s imperialist war on Mother Africa, it’s important for Black and African people to be very politically astute.

M.O.I. JR: Who will be participating in the upcoming show?

Refa-1: Black and African writers from all over the globe from the 1970s era to present as well as our Brown allies from LA.

M.O.I. JR: What do you hope to inspire in people with this annual show? 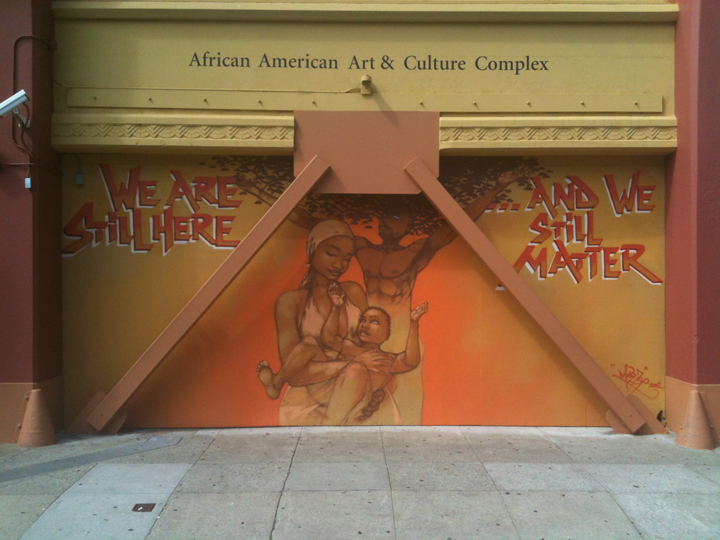 Refa-1: We hope to inspire people to use HipHop culture as a viable means of liberation and expression with youth. We hope to inspire artists to take responsibility for their art in its relation to healing the community as well as being accountable for having a voice to speak up for those who may not be able to.

M.O.I. JR: Can you talk about the art collective that you are a part of called the Oakland Maroons?

Refa-1: The Oakland Maroons is a collective of unapologetically Black artists in Oakland committed to serving the Black community through art by any means necessary.