If I had children of my own, other than the children of the world, I would teach them three things: to learn to read, write and recite poetry, because reading, writing and reciting poetry helps to create a beautiful mind and keeps us in constant communion with our ancestors and the Creator – the Original Poet and Spoken Word Artist, whose poem is the Uni-Verse. 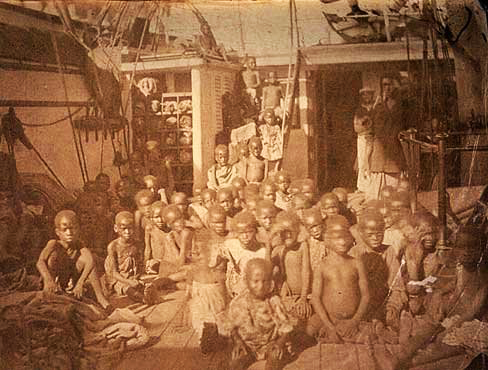 I would tell them to learn how to play an instrument, because music is good for the soul and as a musician you will never go hungry. And I would tell them to learn martial arts and participate in sports, to learn how to protect family and what’s yours and because sports help to challenge and develop you physically and mentally and allow you to see what your limitations are and what you need to do to overcome them to develop the heart of a warrior.

Also, to better suit them to live in this modern world of diversity, I would teach my children to learn Kiswahili and other Afrikan languages and languages of the world. But perhaps first and foremost and most joyously, I would teach my children Black history. In other words, knowledge of self. For what greater wealth could I give my children than to teach them how to and how important it is to excavate the limitless Black Gold of our people and ancestry.

Recently I was at a Kwanzaa event where a sister got fed up with the conversation. She stood up and proclaimed that she was “sick and tired” of all this Black talk and wondered out loud when we were going to get over this endlessly futile discussion. Then she stormed out the door. Which begs the question: WHAT IS THE PURPOSE OF BEING BLACK? I have two answers: one, because we are under attack and two, because Black is all that.

I don’t know how Black people can manage to live 40 years incognegro, their heads buried in the sand. But please don’t send your children out into the world mentally unarmed and uninformed. In his autobiography, Sidney Poitier spoke on how we try and (over) protect our children from the harsh realities of the world; he said, “What we are hiding from those little ones is the truth.”

But perhaps first and foremost and most joyously, I would teach my children Black history. In other words, knowledge of self. For what greater wealth could I give my children than to teach them how to and how important it is to excavate the limitless Black Gold of our people and ancestry.

I’m sick and tired of hearing about 40 Afrikans being killed in the latest Chicago massacre last year and of the carnage taking place in the Congo, Somalia and Haiti. I’m sick and tired of hearing how racial profiling is now being legalized and brothers and sisters are being “stopped and frisked” by police in every corner of Brooklyn. And I’m sick and tired, as one sister put it, of seeing butt cracks (saggin), because we have so many brothers in jail and being rotated in and out of the prison system that jail culture is spilling out into our communities and neighborhoods. Why? Because as Malcolm said, “Not because you’re Christian or Muslim. But because you’re Black.”

In the jungle when a group of wildebeest are under attack from lions, they will back up into a circle until they can feel each other’s butts touching. This way none of their backs will be exposed to surprise attack, and no lion can attack them without going through some angry hooves and horns.

I don’t know where that sister was at when the Rodney King and Oscar Grant videos came out? But as responsible Afrikans and human beings who are aware that Black is under attack, we should have each other’s backs.

Why are we under attack? Because we are all that. Because we are beautiful. Because we are a great people. The author of the classic “Their Eyes Were Watching God,” Zora Neale Hurston, didn’t understand prejudice – how it could exist. I think she spoke for all Black women and people and children in general when we are growing up, by thinking to the world: “Look at me. Can’t you see how beautiful I am? Listen to me. Feel me. How can you hate such beauty?” 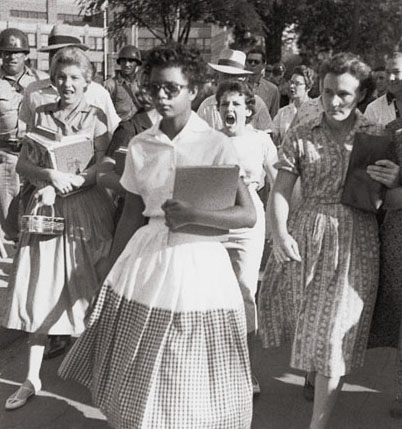 Here’s the perfect example of what I mean: In the Oscar winning film, “Amadeus,” Mozart’s rival and arch enemy, Salieri, was so jealous of Mozart that he looked up at his cross hanging on the wall and proclaimed to God, who he had worshiped so faithfully (in his mind): “Because you give me the ability to see talent, but not the talent, I will block you. I will block you and your creature.” It’s the continuation of the old story of “Cain and Abel” or, as I call it, “The Caints and Ables.” Those who caint are always trying to block and destroy those who can and are able.

Thus the importance of Black History Month and the return of the Great Black Mythocracies. When the Greeks first laid eyes on the Ethiopians they were astonished and amazed at their beauty, their rich Black skin tone, elegance and regal manner. So much so that they took the first four letters of the word ETHIopia and created a new word and science, ETHIcs, the study of hueman behavior. They studied the Ethiopians, Nubians and Black people; they learned and were taught by us. From us they developed their own pantheon and mythocracies of Greek gods and became the greatest people of Europe and the catalyst for the whole of Western Civilization.

England was an island of rogues and thieves and ne’er-do-wells until someone came up with a myth about Camelot, King Arthur and the Knights of the Roundtable. They put some Afrikan lions on a European flag – where they were no lions – and got so huffed and puffed up in their English pomposity until they created “an empire upon which the sun never set.” A myth can be more powerful than the truth.

Black diamonds are the rarest, most precious and priceless on earth. They are found only in the heart of Afrika and some parts of Brazil.

Scientists speculate that the carbonado – Black Diamonds – on earth resulted from some explosion in deep space that impacted earth some 3.8 billion years ago. As a poet and Black Mythocrat, I prefer to believe that billions of years ago a Black Diamond God took a piece of himself, calculated how many times the earth would rotate around the sun and on its own axis and where Afrika would be, as he took aim and hurled a huge Black diamond ball, like the mighty Colin Kaepernick, at precisely the exact velocity and trajectory across eons of space, so it would land smack dab in the middle of where the Afrikan continent and Black Diamond People would eventually emerge. Wooooooooohoooooo.

How amazing is that. That Black Diamonds would appear in the heart of the great sphere of earth, only where Black People would arise and first walk the earth? And who knows, perhaps these Black Diamonds are the remnants of the seedlings from which Black People were born?

It is important that you let your children know of their great Black history to spark and awaken what may be their dormant Black Genius Genes.

In order to kill us they will have to kill our God(s); trying to stop the sun from rising or the stars from shining would give them better odds. Who can stop Jah Time? If you want to erase Black, you are in the wrong universe. This is a universe of color. I don’t care how big you make your telescopes or how powerful you make your microscopes, you are going to see Black. The blackness of infinite space and the radiant dark matter, like the planets and stars, in between.

There was an episode on the classic Sanford and Son show where one of the characters, Julio, calls one of his homies in the restaurant “Negro.” And Fred was like, “What did you call him?” And Julio went on to explain that “Negro” was a term of endearment in the Chicano community. Negro in Spanish means black. It used to be universally cool to be Black before the White Mythocracy carjacked the world.

In the movie, “Space is the Place,” the musician-prophet Sun Ra lands his space ship in Oakland to save the Black race. He says, “Black people are a myth,” referring to how we haven’t seen the real Black race on earth for centuries. Except for maybe that brief reappearance in the ‘70s. However the greater myth is the Myth of White People. The White Mythocrazy that everybody is buying into today and that has the world on the brink of destruction. There is no such thing as a white person – only Black people, people of color, in various shades of black.

There are Black people in the universe who are 939,000 shades blacker than midnight, who would make every Black person on earth look pale. But Black is more than a color. You don’t need eyes to see Black. You can hear, taste and feel Black. You can smell Black – it’s funky and sweet. Black is intelligence, rhythm, soul, sol and spirit. Black is essence. The essential essence and ingredient of all things.

It is the only kind of essentially unique soul power that can make a James Brown, Fela or Josephine Baker possible. It is the only kind of astrofunk that could raise up a Colin Kaepernick straight up out of a pair of diapers, being bathed in a tidy bowl, to leading his football team, with moxie to spare, to the Super Bowl.

So I pity that sister at Kwanzaa who was incognegro. She will probably go to heaven, but it will be to a white bread heaven, where she will get to enjoy Pat Boone and the Brady Bunch and Vanilla Ice and Bing Crosby singing, “I’m Dreaming of a White Christmas.” But she will miss out on Marvin Gaye and Luther Vandross and Sam Cooke and Bob Marley and Duke Ellington and Thelonious Monk and the reblakified Michael Jackson and Sarah Vaughn in Black Heaven.

There’s a family in Illinois, the Andersons, who made national headlines for pledging to buy only Black products and from Black businesses for a whole year. They received death threats. There are a lot of people out there who are concerned about how you spend your money.

So let us embrace this glorious month of February and our incomparably rich history that extends back God knows where and support the future Gabby Douglases and Colin Kaepernicks and George Washington Carvers of the world by buying Black.