When you talk about Oakland’s homegrown musical talent, you have to talk about people like the Tonies, Ledisi, Sheila E, the Escovedos, Silk E, the Coup and many more. Kev Choice is a chip off of that old block. He is a multi-instrumentalist as well as an MC. 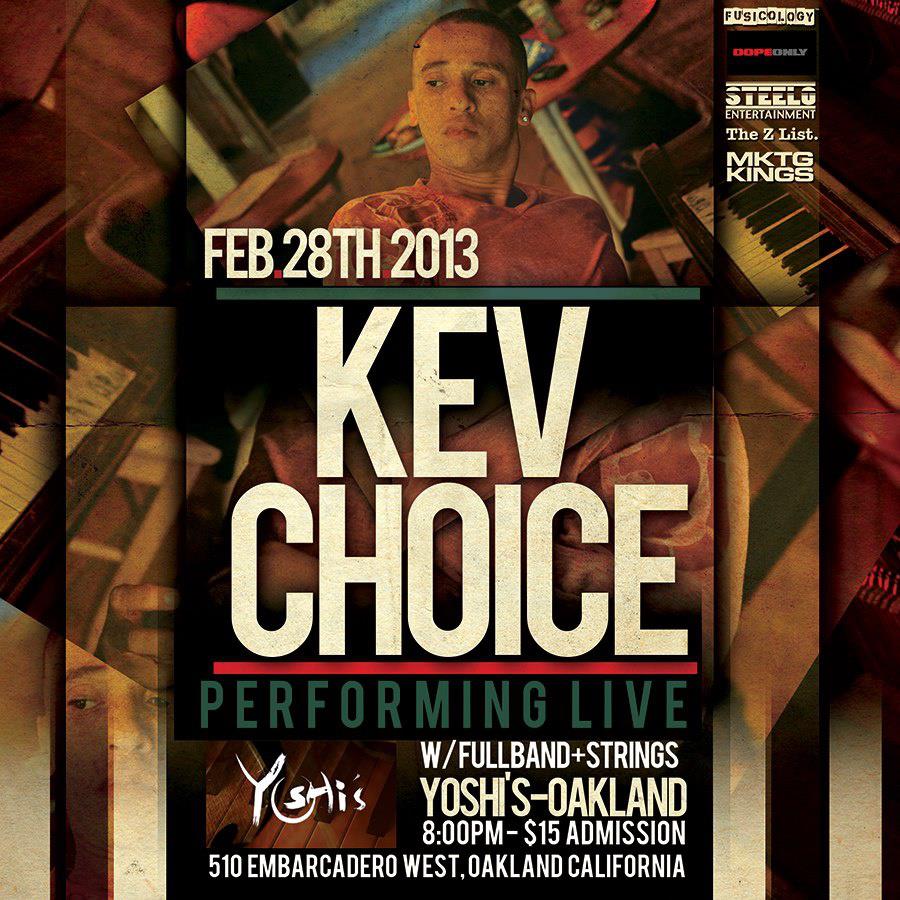 He was the band leader for Lauryn Hill for a while. As well as he regularly backs up people like the San Francisco based crooner Martin Luther, or you might have caught him on the Coup’s recent European tour as the keyboardist and opening act.

Kev Choice these days doesn’t have a lot of time because of his hectic calendar but, as they say, it is better to be too popular and able to make a living than to have no voice helping someone else accomplish their dreams as their employee, or slave, barely making a living. Check out Kev Choice in his own words.

Kev Choice will be performing at Oakland Yoshi’s on Thursday, Feb. 28, at 8 p.m.

M.O.I. JR: When did you realize that you wanted to dedicate your life to music? Where were you? How old were you?

Kev Choice: I realized that I wanted to dedicate my life to music around the age of 12. I was in seventh grade in Oakland, California. I had just started taking formal piano lessons and also had begun writing and recording my own songs.

M.O.I. JR: Where are you from? How did that affect the type of music you like?

Kev Choice: I was born in San Francisco but raised in Oakland from the age of 5. Growing up in the Bay Area, I was definitely exposed to a wide variety of music, since it is like a melting pot of cultures and sounds.

M.O.I. JR: Who were you inspired by musically?

Kev Choice: Early on, my major influence was Prince. Him being a pianist and multi- instrumentalist really inspired me. I was also influenced by early Hip-Hop artists such as Rakim, LL, EPMD, A Tribe Called Quest, Hieroglyphics, Saafir, Too Short, The Luniz and more. As I got into jazz, I began to be inspired by musicians such as Bud Powell, Herbie Hancock, McCoy Tyner, Coltrane and Thelonious Monk. I was also heavily inspired in my classical training by the music of Chopin.

M.O.I. JR: How would you describe your vocals? Are you a singer or a rapper or both?

Kev Choice: I consider myself an MC. I don’t consider myself a singer as of yet. I’m not going to sing a whole song solo or vocally. I will do melodic things on hooks or with my raps every now and then to make them more musical and interesting. I want to practice more and become more of a true vocalist one day to help better express myself in that way.

M.O.I. JR: How many instruments do you play? Do you think the game in the Bay is missing something since youngstas only play beat machines now?

Kev Choice: I’m strictly a pianist. I have taken saxophone lessons and played drums for a while, and even play in church sometimes. But my focus has always been on piano and keys and getting better at that. 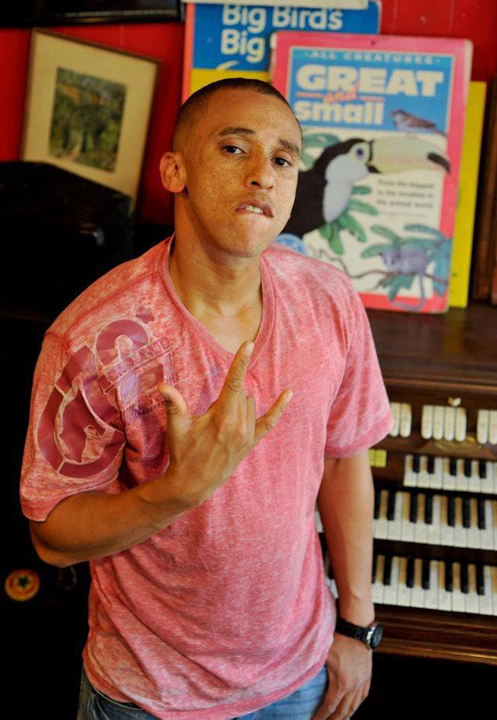 I think there is a phenomenal crop of young musicians in the Bay. I work with some of them at Oakland Public Conservatory of Music and also in Oaktown Jazz Workshop. They also have Young Musicians Program at UC Berkeley and Oakland School of the Arts.

Of course, there are a lot of young cats who use beat machines as well, which is current and the future, and I’m not mad at them – as long as they are doing something creative and interesting with the technology they have. You have to think, some cats got mad at Miles Davis for using electric instruments on his band back in the ‘70s, which turned out to be some of the most incredible music of his life.

M.O.I. JR: What makes you different from the other thousand Oakland musicians?

Kev Choice: I think I set myself apart first and foremost by the diversity of the styles I present, from classical to Hip- Hop to jazz to soul and etc. Also being a competent MC as well as musician is very rare. We all have different experiences and influences, not only as musicians but as human beings. I draw heavily on my individual experience and influences to create, so that’s what gives me my unique style.

M.O.I. JR: When is your show at Yoshi’s and what can we expect? Any guest appearances?

Kev Choice: The show at Yoshi’s is Feb. 28 in Oakland. Expect a musical journey. I’m going to do a variety of things, mainly original compositions, some solo piano works, trio, all the way up to a full ensemble with rhythm section, horns and strings. I’ll be playing on a grand piano with an array of synths as well. I’ll be doing some instrumental compositions as well as some Hip-Hop stuff with me rhyming.

The band features a lot of great musicians, from Uriah Duffy on bass, Howard Wiley on sax, Geechi Taylor on trumpet, Viveca Hawkins of the band The Memorials on vocals, to rising star MacArthur on vocals, Greggo Simmons on guitar, drummer and MC John “Omayga” Adams, Ajayi Jackson on percussion and a talented string quartet. AND there will probably be a distinguished guest or two as well!

M.O.I. JR: What is it like working with Silk E, Too Short and Martin Luther? Will y’all’s album ever come out?

Kev Choice: It was great working with them all – a phenomenal group of artists and legends all in their respective areas. A song or two may come out from that project, but I’m not sure about the whole project. It’s a shame because it was a dope project. We still do shows together and all work together in some capacity, so who knows. Anything’s possible.

Kev Choice: I just dropped a new single, “Dear Love” featuring 1-O.A.K., and I’m also working on finishing up a double album called “Dual Realities” which will be one half instrumental and the other half Hip-Hop tracks.