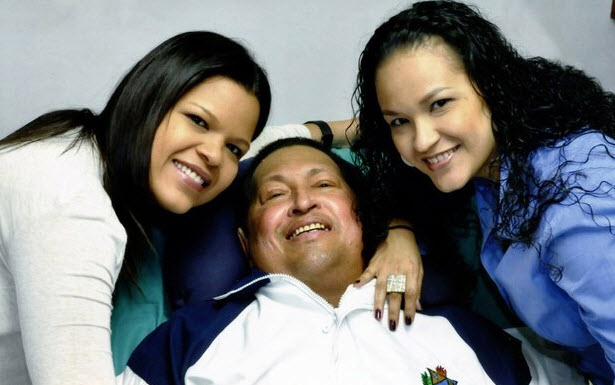 The images show a smiling Chavez lying down in his hospital bed, flanked by his two daughters, and reading yesterday’s copy of Cuba’s official newspaper Granma. The images were taken for Valentine’s Day, or “the day of love and friendship” as it is commonly referred to in Venezuela.

Chavez had not been directly seen or heard from since his operation, communicating through government ministers and official documents.

Private media outlets, particularly Spanish papers ABC and El País, had been increasingly speculating over the state of Chavez’s health, including the publication by El País of a photo purporting to be Chavez undergoing treatment, which turned out to be false.

Official sources have recently shown themselves to be optimistic about Chavez’s recovery, while repeating that the Venezuelan president is undergoing “complex and difficult” treatments, after what was his fourth cancer operation in 18 months.

In an official statement released with the photographs, Communication Minister Ernesto Villegas reported that while Chavez had now moved out of the post-operatory phase, “Chavez currently breaths through a tracheal tube, which temporarily makes it difficult for him to speak.”

Venezuelanalysis.com has translated the full statement below.

The government of the Bolivarian Republic of Venezuela informs on the evolution of President Hugo Chavez’s health, following the surgical intervention undergone in Havana, Cuba, last Dec. 11. 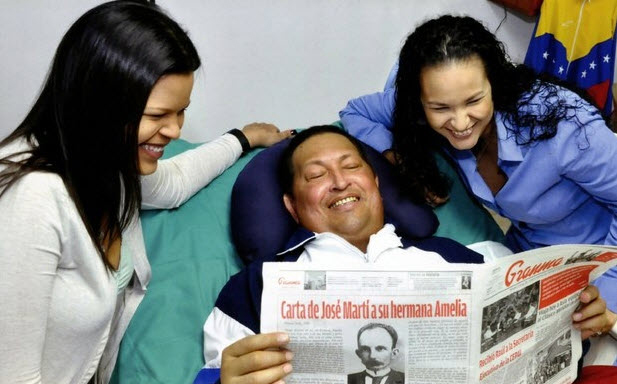 After two months of a complicated post-operatory process, the patient (Chavez) is conscious, with the integrity of his intellectual functions, in close communication with his governmental team and at the head of the fundamental tasks inherent to his position.

As was opportunely informed, the respiratory infection which emerged in the course of the post-operatory treatment was controlled, although a certain grade of (respiratory) insufficiency persists.

Given this circumstance, that is being duly treated, President Chavez is currently breathing through a tracheal tube, which temporarily makes it difficult for him to speak.

The medical team is applying an energetic treatment for the base illness (cancer), which is not exempt from complications.

The patient is cooperating with the treatment and rehabilitation in close coordination with his medical team.

The government of the Bolivarian Republic of Venezuela thanks the Venezuelan people for the love, serenity, maturity and integrity in which they have accompanied President Chavez in this battle and invites them to continue praying for his health. 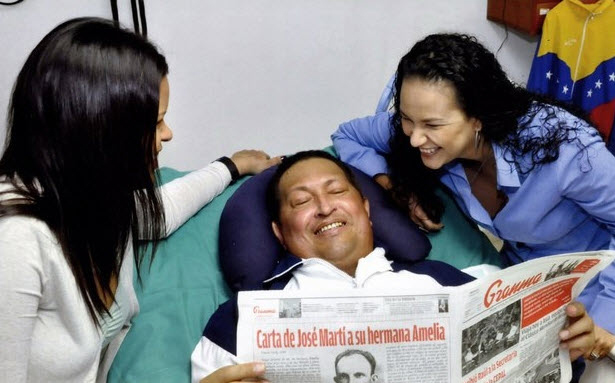 This year, when the bicentenary of the Admirable Campaign is celebrated, this example-setting attitude of the Venezuelan people confirms that this is about, in effect, the same admirable people who fought with our Liberator Simon Bolivar for the cause of independence.

The Bolivarian government ratifies, likewise, its gratitude towards Fidel Castro and President Raul Castro, to the medical team and the whole Cuban people for the love and care offered to our president.

We trust, together with the Venezuelan people and the other peoples of the world, that President Chavez will overcome, sooner rather than later, these delicate circumstances, to then accompany his people in the path to new victories in the construction of the good homeland.

Ewan Robertson is a writer, journalist and activist based in Venezuela, who writes for Venezuelanalysis.com, where this story originally appeared. Follow him on his Twitter account.