Did a company called DMG Asset Management buy your foreclosed home? It bought Larry Faulks’ Diamond Heights home from Wells Fargo Bank after the bank put it up for foreclosure auction via a practice called dual tracking, whereby a bank forecloses and auctions off a home whose loan it is supposedly in the process of modifying. 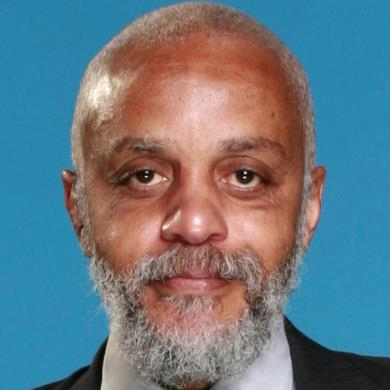 Larry Faulks is a disabled African-descendent elder whose heart lives in his home of more than 40 years in Diamond Heights. He became disabled after a failed surgery and attempted to negotiate a modification of his mortgage interest, a sky high 8.2 percent. After months of faxing mountains of documents, endless phone communication and counseling sessions with a HUD (U.S. Department of Housing and Urban Development) certified service, his home was put up for auction and was purchased by DMG investor Gilbert Chung for the bargain price of $705,000.

Gilbert Chung has been charged by the U.S. Department of Justice with conspiracy to rig bids and commit mail fraud at public real estate foreclosure auctions in San Francisco and San Mateo counties beginning in January 2010. Gilbert Chung – whose faceless face is a portrait of the moral blight that shames our city.

Larry Faulks matters. African-descended San Franciscan, foreclosure fighter, son and elder – he now lives in his van after a lifetime in the same house in Diamond Heights, a house that he and his father watched being built at a time when developers wouldn’t sell homes to Black families. And that house still whispers Larry’s name and the names of his siblings and his parents. The whispers turn to cries in the evening and rage with the rising sun.

But it all comes down to numbers in this society. Numbers have a way of forgetting, and forgetfulness accrues with obliviousness, especially when it comes to San Francisco’s Black community.

How does one quantify the struggle to obtain that home? How does one put a value on the days that Larry sat in the car with his father watching their house rise from the ground? The words that were spoken in that car, the dreams that were said and unsaid in the wind, unfolding like a series of acts before their eyes in a play that was real like the dirt that provided the fertile landscape for the foundation that was laid in those moments. Those moments matter; those moments still live.

Larry’s parents made the move from the South and Midwest – his mother from St. Louis, his father from Hot Springs, Arkansas. His mother worked as an accounting clerk for Muni. His father worked for Channel 4, one of the only black television engineers in the United States. He acquired his technical skills in the military. Maybe that was where Larry had gleaned his computer and tech writing skills.

“You had to be able to explain things clearly, without jargon,” says Larry when speaking of the work he immersed himself in prior to his disability, which rendered his hands incapable of performing the job he became so adept at. He spoke of his father, who built the family television set from scratch in the late ‘50s when the family lived in San Mateo.

When his father turned on the set, what did Larry see? Could he have foreseen what would happen to his house 40 years later, the house built by Joe Eichler, the only builder at the time who would sell to Black families? Would he have seen the banks, our “good friends” like Wells Fargo, lose his paperwork repeatedly in his attempt to secure a loan modification? Or would the face on the screen have belonged to DMG investor Gilbert Chung, slowly fading into the TV snow of the American dream melting into nothing – equity stolen, justice gone.

If your home was purchased at auction by DMG, please come forward. Your voices need to be heard.

Larry Faulks wants his house back, and he wants for others who have been hurt by DMG Asset Management to be aware of the charges handed down by the Department of Justice. Gilbert Chung’s guilty plea to the serious charges of auction rigging and mail fraud could lead to prison and a million dollar fine.

If your home was purchased at auction by DMG, please come forward. Your voices need to be heard.

The crime of Ellis Act evictions