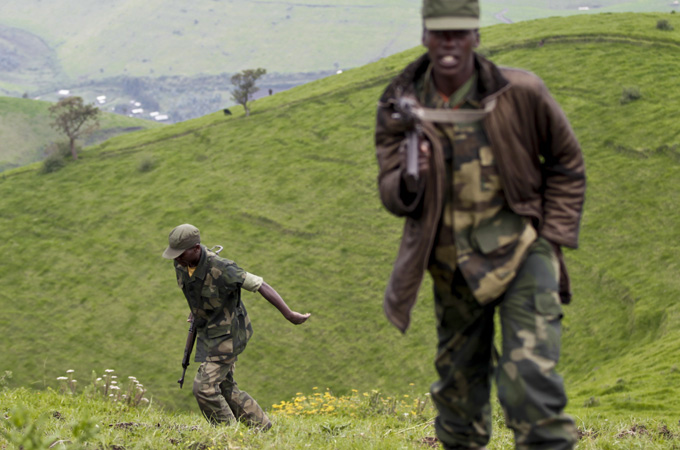 On Monday, Feb. 11, at the Brookings Institution, outgoing Assistant Secretary of State for African Affairs Johnnie Carson presented an outline of the Obama administration’s policy position on the situation in the Democratic Republic of the Congo (DRC).

The purpose of Ambassador Carson’s presentation, titled “Finding a Lasting Solution to Instability in the Democratic Republic of the Congo,” was twofold: discussing why efforts should be redoubled to bring stability to the Congo and laying out a framework for “moving forward.”

He laid out the administration’s strategy for action and moving forward, which includes:

Ambassador Carson called for greater attention to and response to the crisis in the DRC. However, it appears that the administration continues to operate on the notion that “quiet diplomacy” is the best way forward when it comes to holding its allies, Rwanda and Uganda, accountable for their role in destabilizing the Congo. 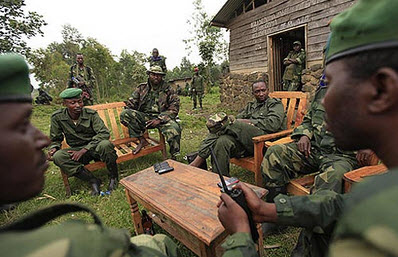 The most telling and poignant point in Ambassador Carson’s remarks came, not in his presentation of the Obama administration’s four pronged approach, but in the question and answer session. The first question posed to Ambassador Carson asked for his input on the matter of Congo’s neighbor, Rwanda, and its persistent destabilization of the DRC:

“You spoke about the actions that have been taken, sanctions against five members of the leaders of the M23, five members of FARDC that we supported – actions taken. You mentioned as well the concern that the M23 was supported by external forces, and the report of the U.N. panel and your own testimony last December indicate that Rwanda had provided that kind of support. Why haven’t we pressed for any of those individuals – individual soldiers – officers of Rwandan military to be sanctioned?”

Ambassador Carson gave an unsatisfactory response that betrayed the claims in his presentation, asserting that the actions the U.S. has taken to date – cutting of $200,000 in military aid and a phone call to Paul Kagame from President Barack Obama – “have been appropriate for the time.”

This response pinpoints the failure of U.S. policy, in particular, as well as that of other nations and institutions in the international community: reluctance to fully hold to account Congo’s neighbors who have played a direct role in the deaths of millions of Congolese, the pilfering of the country’s resources and the perpetuation of the conflict through repeated invasions and the sponsoring of proxy militia.

Evidence of this reluctance has manifested itself in the persistent inaction and burying of the U.N. Mapping Exercise Report, which documents serious violations of human rights and international humanitarian law carried out mainly by U.S. allies Rwanda and Uganda in the DRC from 1993 to 2003.

The Mapping Exercise report is unequivocal in its identification of the destabilizing roles by outside support, going further to argue that “the apparent systematic and widespread attacks described in this report reveal a number of inculpatory elements that, if proven before a competent court, could be characterized as crimes of genocide.” The report is referring, in this section, to the Rwandan army.

Other than to argue for greater attention and higher priority in the U.S. foreign policy portfolio, Ambassador Carson did not clearly lay out how U.S. Congo policy will substantially change from the past 16 years. Unless accompanied by a break with current policy, greater attention will not bring increased peace or security to the DRC.

The current policies have their roots in the Clinton administration’s Entebbe Principles of unfettered support for the so-called “new breed of African leaders,” a political approach that has been disastrous for the people of the Congo and the Great Lakes Region of Africa. It is the entire policy position that must change, not degrees of attention to the same modes of approach.

Key omissions from Ambassador Carson’s presentation are calls for adequate measure of accountability and justice as outlined by 220 Congolese organizations. One would not know from listening to Ambassador Carson that a substantial portion of the North Kivu province is still under occupation by the Rwanda-backed M23 militia.

A number of local Congolese newspapers have been consumed with Ambassador Carson’s statements about Yugoslavia and Sudan:

“Clearly, a sophisticated and internationally backed solution is the only way forward. We were able to achieve such a solution to end the conflict in the former Yugoslavia through the Dayton Accords. We were able to end Africa’s longest running civil war, the conflict in Sudan, through the Comprehensive Peace Agreement that was negotiated by the IGAD states and supported by the United States, Norway and Great Britain. […] A similarly energetic and international effort is now required for the DRC.”

The local papers believe that Ambassador Carson was signaling that greater U.S. involvement in the DRC peace process would doom the DRC to the fate of both the former Sudan and Yugoslavia and result in the break-up of the country. 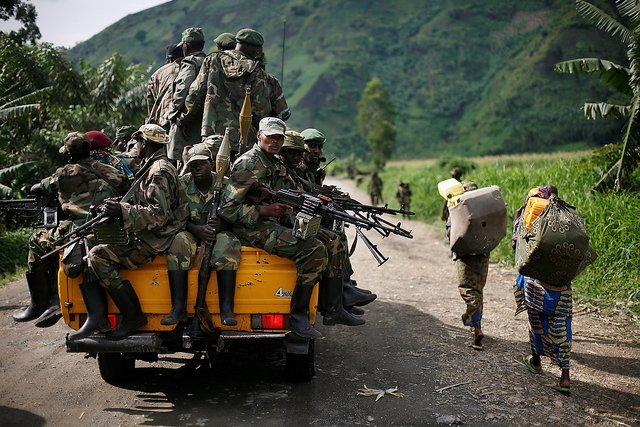 Although Congolese must be vigilant about any attempt to balkanize the DRC, the local newspapers may have read too far into that part of Ambassador Carson’s statements. He mentioned the DRC in the context of Yugoslavia and Sudan not necessarily to laud the specific outcomes in both countries, but to emphasize the priority and profile both countries received from the U.S. to push for a peace process.

Key shifts on the part of the U.S. in regard to its policies in the region should include:

Ambassador Carson’s public opinion on the DRC elections was ill advised. When asked about the 2011 elections he answered: “My own impression, as someone who looks at the situation, is that even if we had had a fair accounting throughout this process, I think President Kabila probably would have still have won.” This is pure speculation. His point was to dismiss the need for a “fair accounting” of the 2011 elections, which is troubling; the concern of U.S. officials in his position should always be to ensure the electoral processes are transparent, fair and just.

The U.S. must play a constructive role in supporting democratic processes in DRC. With the help of U.S. policies, democracy in the DRC has been repeatedly sacrificed in the name of security; history shows that such approaches lead to the current situation, in which there is neither democracy nor security.

In his July 2009 Ghana speech, President Obama publicly recognized the need for a new approach and a clean break from Clinton era practices; he said that the U.S. must support strong institutions in Africa, “not strongmen.” This is a clear vision for changes in foreign policy approaches that has yet to be made a reality.

Kambale Musavuli is the spokesperson for the Friends of the Congo. He is featured in “Crisis in the Congo: Uncovering the Truth,” a short version of an upcoming documentary looking at the role of Rwanda and Uganda in the mass atrocities being committed in the Congo. He can be reached at kambale@friendsofthecongo.org. Follow him on twitter @kambale or facebook at https://www.facebook.com/kambalemusavuli.

Syria, Congo and the ‘Responsibility to Protect’: the US double standard