Africans in the Diaspora are in a crisis of conscience searching for what it means to be “African centered” or Pan-African and citizens of racist nation-states with histories of imperial domination. We are confronted today with “New Age Imperialism,” where national elites collaborate to oppress the poor and hungry of the planet rather than wage war with each other over the control of strategic resources. This global convergence of interests has found its natural opposition in the international character of the Muslim Ummah.

In the U.S., where over 2.5 million American citizens are locked away in prison and another 15 plus million are owners of major “felony” convictions, the African-American population and other national “minorities” of non-European background are subjected to a contrived system of fascism masquerading as “democracy” – a political and social system of police and corporate control, a police state with unprecedented power, especially since the 9/11 terrorist attacks, that employs a “national security” rationale to conceal its crimes of “rendition,” torture (enhanced interrogation), indefinite detention and targeted assassinations.

Like most modern “national-security” states, U.S. policies are most closely associated with its perceived “national interests” primarily involving access to strategic resources and “trade.” The West’s bogus advocacy of supporting individual freedom by supporting “democratic regime change” in its former colonial territories masks not only their own internal inequalities based on race, religion and gender, but conceals the often violent cooptation of legitimate revolutionary people’s movements that oppose entrenched oligarchies and autocrats, while marginalizing and demonizing Islamic based anti-imperialist forces across Africa and Mid-East.

Islam has replaced the specter of “Communist global domination” as the foremost threat to global finance capitalism and Western global domination. That the West perceives opposition to neo-imperialist diplomacy in secular dimensions, characterizing this opposition as the “clash of civilizations,” is not without historical basis.

Up until the overthrow of the Western stooge Shah Reza Palhavi of Iran, a strictly Islamic based mass movement had never overthrown a modern non-secular nation state backed by the Western imperial powers. Needless to say, the Iranian “revolutions” sent shock waves throughout the region and shook regional Sunni comprador classes (oil sheikdoms) across the region to their reactionary roots.

To the masses of Muslims on the streets of Arab capitals, though, the Iranian revolution was a ray of hope – but its Shia dimension served the U.S. and Europe’s historical fallback tactic of divide and conquer . We now see how effective the West’s early divide and conquer strategy of containment has been and how it has the region teetering on the brink of war.

Many Arab Sunni rulers, with U.S. blessings, covertly intensified their alignment with the European settler-state of Israel to contain Iranian geopolitical influence even as Israel gears up for military strikes against the Islamic Republic. U.S. and NATO troops are stationed in Muslim lands. Military bases across the Mid-East are designed to project Western military power into the region. All this a consequence of U.S. divide and conquer fear tactics in the region.

With the support for U.S. militarism abroad – the “War on Terror” – a fundamental principle of both the right wing and “moderates” in the U.S. Congress, it is little surprise that white American politicians are also major supporters and instigators of anti-Islamic fervor both inside and outside the U.S. Because the ramifications of the “War on Terror” have disproportionately affected the immigrant Muslim population in the U.S. – African-American Muslims have lived under religious, racial and political repression for decades – U.S. military and diplomatic actions in Arab countries of North Africa, Iraq, Syria, as well as in Pakistan and India have all been characterized as unique, untypical resistance or an “Arab Spring.”

This definition of uprisings across Muslim North Africa by the Western media and Westernized Arab intellectuals are aimed at one thing: dividing the Muslim Ummah (community or people) along racial and historical lines, while isolating African Muslims from the general process of Pan-African unity and democratization.

The use of the contextual term “Arab Spring” to characterize the mass uprising of NORTH AFRICANS against the rule of despotic Arab elites is purposely and artfully crafted to discourage sub-Saharan Black Africa and its Muslim populations from emulating their North African counterparts while appealing to the “anti-Arab” sentiments among many Pan-Africans and within the Black Diaspora. ECOWAS and the African Union’s recent support of French military intervention in Mali and as U.S. surrogate in Somalia and elsewhere on the African continent is testimony to how eagerly Africa’s political elite are utilizing the “West’s war terror” to secure their positions and prop up their power while ignoring persecuted and marginalized Muslim minority populations.

In countries like Nigeria, the U.S. is on the ground supporting the Christian dominated government’s “anti-terrorist actions” in the North of the country against an Islamic insurgency. In Somalia, the U.S. drone war has spilled over into neighboring countries like Eritrea and Al-Yemen and has led to tribal unrest in northern Kenya. While the U.S. and its European allies seemed appalled by the Muslim insurgencies in the north of Mali – consistently failing to mention that this crisis was long in the making and connected to the Western Europeans’ deposing of Libya’s Qaddafi and the silent collusion of Black Africa’s leaders – both the U.S. and Europe are neither horrified nor outraged by events in the Eastern Congo.

Africa, a war zone without end

Nearly 3 million people have died in Congo in a four-year war over coltan, a heat-resistant mineral ore widely used in cellphones, laptops and playstations, and other strategic minerals. Eighty percent of the world’s coltan reserves are in the Democratic Republic of Congo. Often dismissed as an ethnic war, the conflict in the Congo is really over natural resources sought by foreign corporations – diamonds, tin, copper, gold, but mostly coltan.

In an article titled “Why the U.S. Won’t Help,” a Nairobi newspaper explained: “Right from the days of the Cold War, Western governments have been comfortable with a situation in which African regimes squandered meager resources on the instruments of war, borrowing from the West to finance domestic consumption. The war in the Congo and the countries involved in it are a case in point.”

In 1998, the State Department licensed commercial weapons sales by U.S. manufacturers to sub-Saharan Africa worth up to $64 million, on top of the $12 million in government-to-government deliveries that year. These figures have quadrupled since 1998 and the region is no closer to stability than it was when Patrice Lumumba was assassinated by the U.S., French and Belgians in the 1960s. 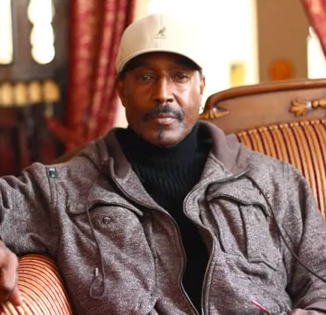 The hypocrisy of the U.S. and Europe asking Africa’s political elite to develop and democratize while cutting levels of non-military international aid and increasing weapons and military training to the continent’s armies does not seem to have registered with African-Americans, neither those Pan-Africans who claim solidarity with the current crop of African leaders or those elected to public office.

This lack of outspoken opposition to U.S. militarization of Africa, especially under the Obama administration, is inexcusable and attributable to the uncritical and unprincipled support of the Obama regime by African-Americans. Moreover, Obama’s policy of destabilization and “democratic regime change” of governments it is at odds with suggests that there is little real commitment to developing human resources and a new “partnership” with Africa. The U.S. needs to redirect the focus away from strengthening military capacity, coopting ethnic and national elites and move toward promoting human development in Africa.

Davey D, who posted this story and a fascinating interview from his radio show, KPFA’s Hard Knock Radio, that you can listen to on Davey D’s Hip Hop Corner, notes: “Former political prisoner Dhoruba Bin Wahad recently penned an excellent essay breaking down what’s going on in Mali, Congo and the Middle East. He also challenged the type of stances many of us have taken with respect to these regions that are embroiled in conflict. To support his essay, we interviewed him so he can expand upon his analysis. In true form, Dhoruba pulled no punches. Peep what he has to say.”

Dhoruba Bin Wahad is a former Black Panther Party leader and co-founder of the Black Liberation Army. During his 19 years in prison, he learned of COINTELPRO; his lawsuit resulted in the release of 300,000 pages of COINTELPRO documents and won his freedom. He used his settlements to establish the Campaign to Free Black and New African Political Prisoners. After many years in Accra, Ghana, he currently lives in New York City and can be reached on Facebook.