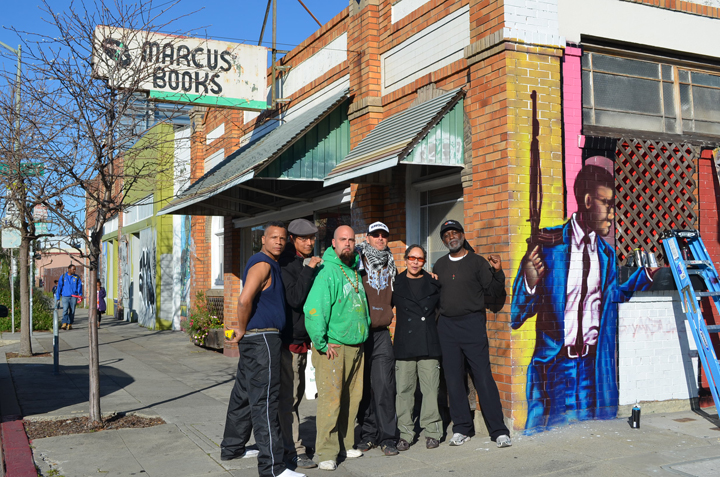 Beautiful and powerful images are arising on the exterior walls of the oldest African (Black) bookstore in the united capitalist prison states of america. At the corner of Rev. Dr. MARTIN LUTHER KING JR. Way and 39th Street in oakland, california, vivid colors are replacing ignorant “tags.”

The scene is the legendary MARCUS (GARVEY) Books. It was founded nearly 53 years ago, in 1960, by our beloved Dr. Raye and (now Ancestor) JULIAN RICHARDSON as an outgrowth of their Success Publishing & Printing Co. With institutions in both oakland and san francisco’s “Feeel-MO” (Fillmore) district, Marcus Books continues to feature some of the most well-known authors, activists and leaders from around the Bay Area and broader African Diaspora, as it has for over five decades.

So, local activists filming the soon-to-be-released “Food Fight” anti-GMO, anti-junk-snack video – which stars Ashel “Seasunz” Eldridge of Earth Amplified and Stic-Man of dead prez – were shocked to see graffiti spewed all over this community treasure. After meeting with owner Blanche Richardson and other family members, a mural was proposed for the 39th Street wall. Several attempts were made to first get the City to remove the graffiti. However, City officials claimed a lack of funds, while at the same time pushing forward a punitive ordinance to punish small businesses – sponsored by then outgoing Councilmember Nancy Nadel – for not removing markings. 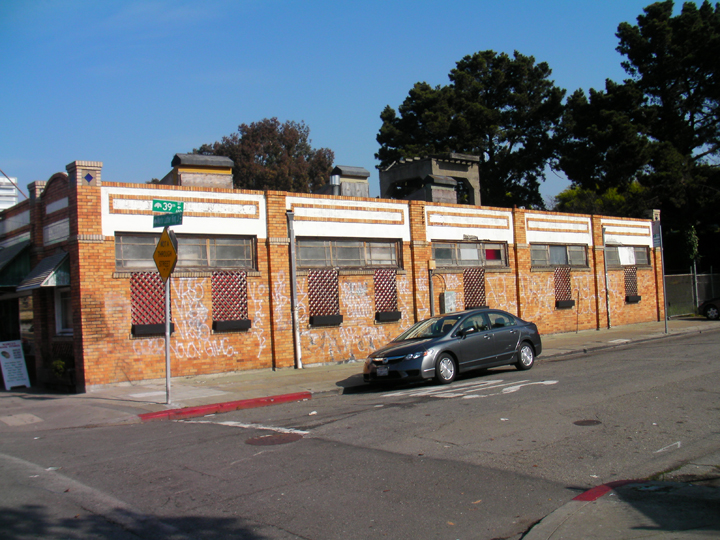 This February, Black History and Heritage Month, work began to transform the wall and, hopefully, the thinking of the culprits. An internationalist crew – with a heavy southside chicago flavor – took the lead. The mural already features the images of the Marcus Books founders, Ancestor MARCUS GARVEY, EL HAJJ MALIK EL SHABAZZ, aka Minister MALCOLM X, and readers. While much work remains, authors, customers and the community at large are already taking notice.

Neighborhood residents, as well as friends from near and far, such as Mama Iyaluaa and Baba Herman Ferguson, a close colleague of Ancestor EL HAJJ MALIK EL SHABAZZ, aka Minister MALCOLM X, are stopping by to offer their strong opinions. Others are just appreciative of the artwork and want to take their photos in front of this new and emerging oakland landmark. WE are also determined to use this effort to help overturn the punitive city ordinance and promote funding for more positive opportunities and training for our young people to more fully express themselves. 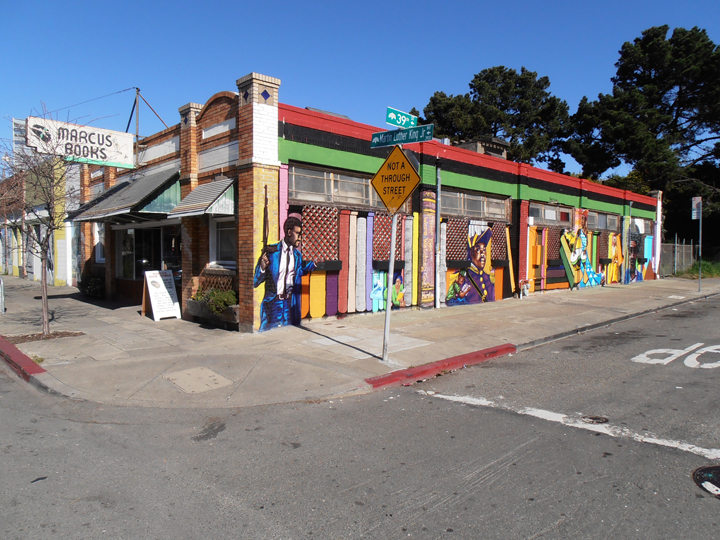 In commemoration of our Black Nation (Independence) Day, WE invite families and our entire community to a “Sacred Gathering and Celebration of Marcus Books” and our new mural, with the working title of “abundant knowledge! Less bullets! Promoting Righteous Self-Determination, Self-Beauty and Self-Defense”. The date is Saturday, 30 March 6253 KMT/2013, 12 noon to 4 p.m. The location is 3900 Rev. Dr. MARTIN LUTHER KING JR. Way, in Oakland, two blocks from MacArthur BART train station. For more information, call (510) 423-8576 or email support@africansdeservereparations.com. Asante sana (Many thanks and appreciation) for your consideration and participation.

I had a massive heart attack!

i had a massive heart attack! Fortunately for me (and though i do have some hereditary valve issues which partly led me to give up a promising athletic career decades ago), this was just a fictional one. Please, please check out our just released “Food Fight” video! The script exposes and attacks the corporate for-profit junk-posing-as-food industry that continues to sicken, weaken and kill us daily.

The video was created by and stars the brilliant Brother AshEl “Seasunz” Eldridge of Earth Amplified, formerly of chicago’s southside and now here in oakland, california, and our great and always hard-hitting Brother Stic-Man of dead prez (out of brooklyn, new york). It features food justice and environmental activists here in the bay area, as well as local neighborhood residents.

The video was filmed in part next to MARCUS (GARVEY) Books, the oldest African/Black bookstore in the united capitalist prison states of america – and inspired this author to envision and create a powerful mural to assist in re-educating and uplifting ignorant individuals tagging this community treasure. Your critical review, comments, contributions and forwards to your networks and lists are greatly appreciated!

Remember to always consciously eat and drink as if your life depended on it … because it does! REPARATIONS SASA (NOW)! Asé.

Baba Jahahara Amen-RA Alkebulan-Ma’at is the initiator and co-designer of the Marcus Book beautification and mural project, a past national co-chair of the N’COBRA, founder of Foundations for Our New Alkebulan/Afrikan Millennium (FONAMI) and Africans Deserve Reparations campaign and composer and author of several music CDs and books, including “Many Paths to Kugichagulia.” Visit www.africansdeservereparations.com.

In its first three days on YouTube, “Food Fight” was viewed by 105,000 people, and it’s already being used in schools. Visit http://SOSjuice.com/foodfight for the school curriculum and song.