On March 26, 2013, war crimes suspect Bosco Ntaganda appeared for preliminary proceedings before the International Criminal Court (ICC) as the judges set the date for the trial of The Prosecutor v. Bosco Ntaganda to begin Sept. 23, 2013. The ICC had taken him into custody on March 22 and escorted him to the ICC detention center in The Hague (Netherlands) after it was confirmed by both the Rwandan government and the U.S. Department of State that Ntaganda, a Rwandan native, surrendered himself voluntarily to the U.S. embassy in Kigali, Rwanda, and asked to be sent to the ICC. 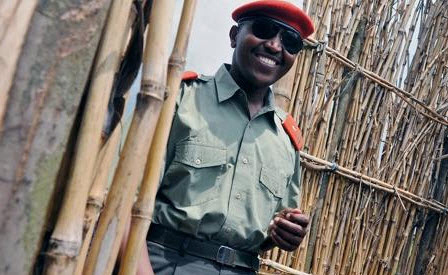 Of the 21 arrest warrants the ICC has issued to individuals, he is the first to surrender voluntarily for trial. Bosco Ntaganda has two ICC warrants, issued in 2006 and 2012, against him for war crimes and crimes against humanity, accusing him of child soldier use, murder, rape and sexual slavery. He is being charged on seven counts of war crimes and three counts of crimes against humanity by the ICC prosecutor.

Bosco Ntaganda is the third high profile veteran of the Rwandan Patriotic Front (RPF) and Rwanda-backed militia leader in the eastern provinces of the Democratic Republic of Congo (DRC) to have fled to Rwanda after having committed heinous crimes in the Congo. Jules Mutebesi, formerly of the Rally for Congolese Democracy (RCD), did the same in 2004 while Laurent Nkunda continued the illicit Rwanda-backed network under the guise of the National Congress for the Defense of the People (CNDP) in 2006.

In 2009, when global pressure built on Rwanda to cease its support of the CNDP and its leader, Laurent Nkunda, Rwanda placed Nkunda under house arrest – where he remains – and replaced him with Bosco Ntaganda. Today, due to pressure, Bosco has been removed from the equation and Sultani Makenga now stands to take his place, presiding over the same Rwanda-backed illicit network that has been a fixture in the eastern provinces of the DRC for the past 15 years.

It is vital for the global community to understand that Bosco Ntaganda neither acted alone nor as a “rebel” in the sense that many portray him, but as a Rwandan proxy. It has been a common political tactic, on Rwanda’s part, to install top military officials in the Congolese military.

When Rwanda first invaded the DRC in 1996, for instance, it installed James Kabarebe as the Congolese Army chief of staff. Kabarebe, who is currently Rwandan minister of defense, was named in the November 2012 U.N. Group of Experts Report as among the top level officials in the Rwandan government orchestrating and commanding the M23 militia in the DRC. He was also responsible for replacing Laurent Nkunda with Bosco Ntaganda as head of the CNDP in 2009.

It is vital for the global community to understand that Bosco Ntaganda neither acted alone nor as a “rebel” in the sense that many portray him, but as a Rwandan proxy.

Bosco Ntaganda has been transferred to the ICC and many wonder what secrets he will reveal. The fate of this individual and the content of his testimony during the trial may divert attention from the real question at hand: Will the global community allow the Rwanda-backed illicit network in the eastern provinces of the DRC to remain intact?

As clearly shown when Mutebesi and Nkunda were removed from the field, the military aggression in the region does not require Bosco Ntaganda to continue its operations. Moreover, both Bosco and Makenga took up arms against the Congolese people, and Makenga is under U.S. and U.N. sanctions for the use of child soldiers and other crimes, reminding us that the issue is not Bosco alone, but the network and/or system that produces the likes of Bosco, Mutebesi, Nkunda, Makenga and a host of others.

The DRC’s current president, Joseph Kabila, who lacks legitimacy, is complicit in preserving this network rather than laying the groundwork for peace and security in the country. He utilized the network to intimidate voters and appropriate the 2011 elections. Will he once again enter into a deal with yet another Rwanda-backed militia leader – Sultani Makenga – leaving the illicit network intact and operational? 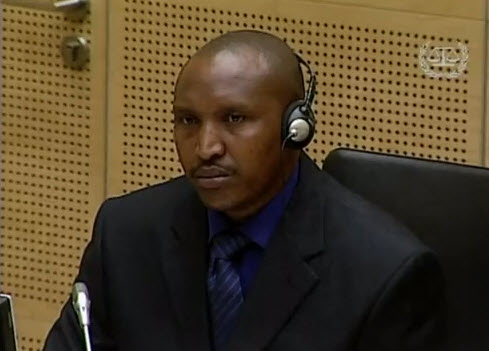 Although there has been a recent increase in focus and attention on the region and the U.S. has acknowledged on several occasions the destructive role that its allies, Rwanda and, to a lesser extent, Uganda, have been playing in destabilizing the eastern provinces of the DRC, the administration has clearly hit the threshold of its willingness to hold these client states to account – a threshold that is too low to exert the pressure needed for significant change.

U.S. Ambassador to the U.N. Susan Rice effectively reinforced the Obama administration’s official stance when she recently stated that, while the U.S. recognizes that Rwanda has been “negatively involved” in the DRC, holding them accountable is “complicated.” Complexity is not a viable reason to continue “business-as-usual” when the result is widespread suffering.

Rwanda and Uganda, both led by strongmen and lauded in the international community, have invaded the Congo twice and consistently sponsored militia groups inside the Congo, resulting in the death of millions of Congolese civilians, and yet the political will of the United States and the global community to hold them accountable remains lamentably weak.

The DRC’s current president, Joseph Kabila, who lacks legitimacy, is complicit in preserving this network rather than laying the groundwork for peace and security in the country.

Congolese people are seeking peace and justice. Trying Bosco Ntaganda at the ICC may lead to some measure of justice for the crimes perpetrated at his behest; however, it appears that his backers in Rwanda may very well be let off the hook yet again and allowed to continue their military aggression against the DRC. 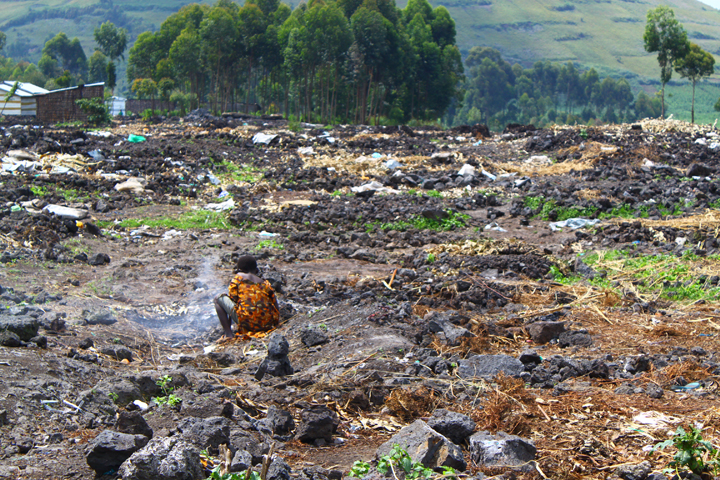 While the drama has been unfolding in Rwanda, Paul Kagame has been on an image rehabilitation tour in the U.S., getting support from Harvard University, Coca-Cola, the World Bank, and long-time supporter and civil rights icon Andrew Young. Former British Prime Minister Tony Blair and Howard G. Buffet, son of multi-billionaire Warren Buffet, have been on a public relations offensive to cleanse Rwanda’s image of any association with criminal activity in the DRC.

Public propaganda and promotional appeals must not be allowed to cover for Rwanda’s destructive role in the region. Though support for Paul Kagame and the Rwandan regime exists at the highest levels of government and industry in the West, volumes of studies and reports from 1997 continuing to present day have established the verity of their longstanding aggression against the DRC.

The responsibility of those working for peace in the region remains to acknowledge the body of evidence and to put pressure on Rwanda to cease its sponsorship, support and backing of illicit networks in the DRC that have visited untold suffering upon the people of Congo. When searching for solutions, it is vital to examine recent history for ways to avoid feeding cycles of violence. The Congolese government must not integrate the Rwanda-backed M23 network into the Congolese military as it did in 2009, which laid the foundation for the current crisis, or we will face a similar problem in another few years.

Former British Prime Minister Tony Blair and Howard G. Buffet, son of multi-billionaire Warren Buffet, have been on a public relations offensive to cleanse Rwanda’s image of any association with criminal activity in the DRC.

Militia leaders who have fled to Rwanda after having committed war crimes and crimes against humanity in the DRC should face justice. Figures such as Laurent Nkunda Batware, Jean-Marie Runiga, Baudouin Ngaruye and Jules Mutebesi would be a good start. As a result of the U.N.-created Peace Framework for the DRC, former Irish Prime Minister Mary Robinson was appointed as U.N. special envoy to the Great Lakes Region.

As special envoy, Prime Minister Robinson can seize the opportunity to push for these other war criminals in Rwanda to face justice. This would send a signal to leaders in the region that the global community is finally serious about combatting impunity and lack of accountability in the DRC.

Since President Obama’s 2009 Speech in Ghana, where he declared that the U.S. was ready to support “strong institutions” and not “strongmen” in Africa, many have been awaiting this much-needed shift in U.S. foreign policy. Unfortunately, the declaration rings hollow, especially to the nearly 1 million Congolese who have been displaced since spring 2012, because, in spite of all the mayhem and suffering that Rwanda strongman Paul Kagame has sponsored in the DRC, he continues to receive strong support and backing from Washington and a plethora of powerful institutions and individuals in the West.

Public propaganda and promotional appeals must not be allowed to cover for Rwanda’s destructive role in the region.

The arrest of Bosco Ntaganda should not be seen as a solution, but as a test of the global community’s political will to help dismantle the destabilizing networks in the eastern provinces of the DRC that produce the likes of Bosco Ntaganda.

Kambale Musavuli is the spokesman for the Friends of the Congo. He is featured in the short film “Crisis in the Congo: Uncovering the Truth,” an abbreviated version of the upcoming documentary looking at the role of Rwanda and Uganda in the upheaval in the DRC. He can be reached at kambale@friendsofthecongo.org. Follow him on twitter @kambale or facebook at https://www.facebook.com/kambalemusavuli.