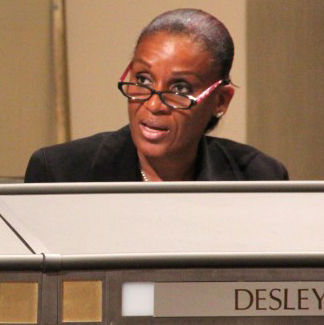 Like President Clinton in his first run for president, Oakland’s city auditor developed her creds in the conservative community by creating a Sista Souljah moment. She publicly spanked two Black City Council members. These council members, Desley Brooks and Larry Reid, were trying desperately to level the economic playing field in Oakland. They were trying to integrate the money.

The auditor ran to the San Francisco Chronicle with her charges that these council members violated a provision of the city charter. But the Chronicle doesn’t seem to see everything the auditor’s way. On March 21, the Chronicle reported that the “audit found that Brooks and Reid each interfered in a city contract involving the redevelopment of the former Oakland Army Base, which is being transformed into a regional shipping hub. [City Auditor Courtney] Ruby said Brooks and Reid appeared to favor one company, Turner Construction Group, for a roughly $2 million contract in July and August 2011.”

But here’s the punch line: “The audit found that city staffers were incorrectly treating the bidding process as a sole-source contract with a company called Top Grade Construction when Reid and Brooks interfered.”

Councilwoman Desley Brooks “denied interfering in the bid process, saying her only concerns were that the contract was worth more than $1 million and that city staffers had not sought competitive bidding.

“‘What I said at an open meeting was that they needed to justify why they weren’t competitively bidding an over $1 million contract,’ she said. ‘That is not interference. I did it out in the open at a public meeting. I am at a loss as to why that would be interference.’

“The lack of a competitive bidding process was cited as a problem in Ruby’s report.

“Ruby said she looked into political contributions and found no donations from Turner Construction to either Reid or Brooks.” 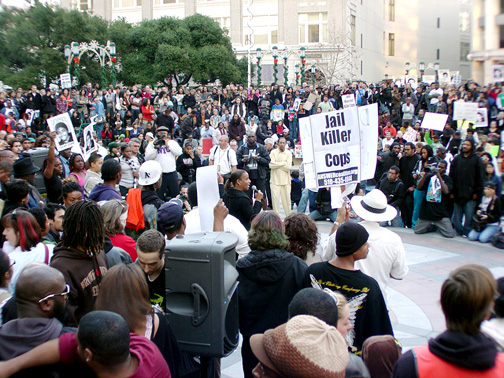 In another Chronicle story published the same day, the same reporter, Matthai Kuruvila, emphasized again, “The audit found that city staffers were incorrectly treating the bidding process as a sole-source contract with a company called Top Grade Construction, which is based in Livermore, when Reid and Brooks interfered.” And he reported the response of the accused council members:

“Reid said that all that he and Brooks had done was tell city staff to conduct a proper bidding process.

“‘Why were we awarding $6 million worth of contracts without competitive bidding to a non-Oakland firm?’ said Reid. ‘I’m not supposed to question that? I’m doing my job.’

“Brooks has said she was concerned about the city’s failure to seek competitive bidding: ‘To send a more than $1 million contract out of Oakland without a competitive process – when we have an unemployment rate the way we do – did not make sense to me.’”

Whether or not the council members violated the charter, there’s no question that the auditor violated a provision of her contract with the taxpayers. She contracted to be fair.

These council members have been damaged. They are due a public apology. They were not given due process. The auditor served them up to public ridicule by ambush.

The city auditor, without a doubt, violated a cardinal rule of the audit profession. The auditor is required by law to write a management letter to her client when she finds a possible violation in her client’s organization. The City Council must then respond to her letter, which must be included in any publication. Contrary to audit rules, the city auditor first published her findings in the lame stream press, without the council members’ rebuttals.

The auditor did a disservice to the city councilmembers, to the City Council and to the taxpayers. She should have been defending the public fisc against the Livermore general contractor, who violated his contract by illegally awarding himself $6 million in no-competitive-bid contracts. 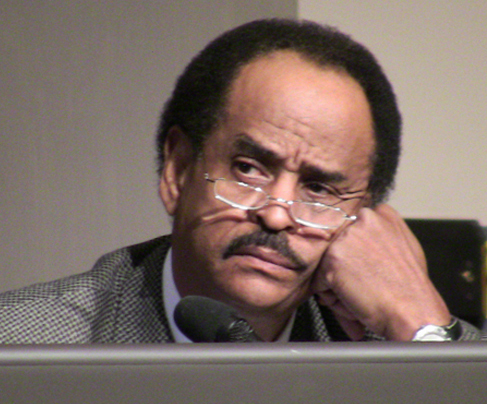 All too often our public officials protect outsiders who are taking our money and our jobs. We continue to export money and import workers.

The Fox Theater contractor, from Texas, violated state law when he withheld $7 million from an Oakland small contractor for more than a year. The auditor’s findings did not expose that contractor. She did not perform an audit when this same contractor received $60 million worth of change orders for a $40 million contract.

She failed to find a conflict of interest when the Redevelopment chair steered the Port contract to a company that employed her husband.

The auditor could not find a violation when the city forgave a $17 million loan to a Hong Kong developer. Yet she managed to vilify two city councilmembers who were trying to build capacity in the Oakland community.

The Raiders violated state law when their $63.9 million loan grew to more than $100 million debt to the city of Oakland and they did not report an adverse court action. A proper audit might have recovered more that $198 million. Our auditor was too busy investigating two councilmembers who were trying to do their job and retain money in Oakland.

These council members have been damaged. They are due a public apology. They were not given due process. The auditor served them up to public ridicule by ambush.

I do not know if these two councilmembers violated the charter. I should be able to read their side of the story in the same audit that presented what are called facts, collected by what have proven to be inept professionals.

Joseph Debro, president of Bay Area Black Builders, can be reached at transbay@netzero.net.