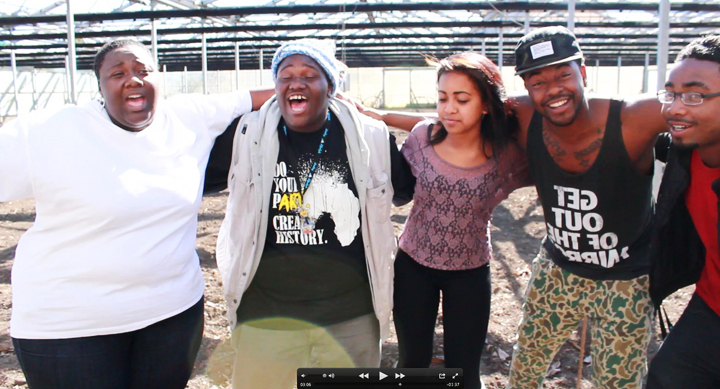 Surrounded by the cities of Palo Alto and Menlo Park, East Palo Alto has always had to struggle for a place and a voice of its own. Often-times the city is forgotten or overlooked, except when media is reporting on violence. There’s something about a small city with predominantly non-white citizens that attracts constant negative press.

The memory of drugs and violence is still real for residents. Even so, with all the negative references and the many struggles that can go hand and hand with low-income communities, residents of East Palo Alto love their city.

They love the rich history and the promise of a rich future.

It is with this in mind that the collaborators of “Homegrown: Cultivating Dreams Through Action” are presenting three short films about the history of urban farming in East Palo Alto, the Weeks Neighborhood vision and the activism that led to the closing of Romic, a hazardous waste facility formerly located in the city, by Youth United for Community Action (YUCA).

The three films’ main footage is the work of Michael Levin, a filmmaker and researcher for Rebooting History, a project under Stanford University’s Spatial History Project. Levin produced the award-winning film, “Dreams of a City: Creating East Palo Alto,” in 1996, which told the story of the city’s long struggle for incorporation. 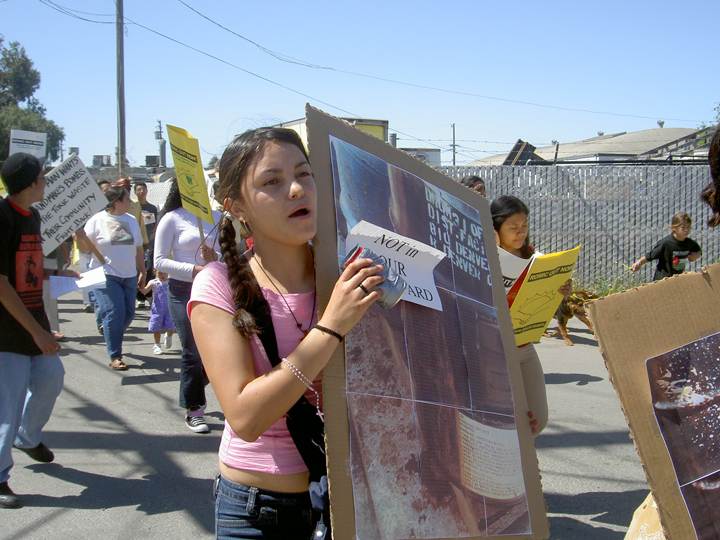 Rebooting History seeks to use documentation as a means to engage EPA community members and Stanford students “through classes, video projects, mapping, oral history and other interactions that deepen, enrich and refresh our view of both East Palo Alto and its interrelations with the larger Silicon Valley region.”

With the help of local non-profits Collective Roots, Live in Peace and YUCA and students from the Stanford students from the Program on Urban Studies, along with the John W. Gardner Center for Youth and Their Communities, which does youth-led research, the short films were completed.

The present generation of young people in East Palo Alto have potential, according to their peers Adrian Johnson, Brenda Naranjo and siblings Reba and Isaiah Phillips. They say it is all about the opportunities they are presented with while young.

Youth must be given options to become leaders. Through their passions, leadership qualities arise.

“I’m in love with EPA,” says Brenda Naranjo, 21, YUCA worker. “I feel like it grew out of the political vision. I feel like it’s a city. It’s growing and it’s moving. I don’t know what the new EPA will look like, but I know I want it to be something great. It’ll be a lot of hard work getting there. We’re not there yet, but I definitely want to carry out the dreams of the community members that were here.”

Naranjo is referring to the many great leaders who paved the way for East Palo Alto from before its incorporation up till now – leaders like Robert Hoover, Trevor Burrowes, who is featured in one of the films being shown, Omowale Satterwhite, Ida Berk, Barbara Mouton and others. They are now passing the baton to the youth.

The history of the small two-and-a-half-square-mile city is rooted in rich agriculture and hot-blooded activism by its residents. It is no surprise to long-term residents, who are mostly African American, Latino and Pacific Islander, why the older generations have endured. They like many others want to see EPA emerge from its weighty past and be self-sustainable on many levels: politically, environmentally, educationally and financially.

As for his involvement, Phillips has embraced his new role as leader and role-model for other youth. He, like the other young people involved, participates in classes at Stanford University’s Program on Urban Studies, where they learn about EPA, but they also educate non-natives about what life is like in their community. East Palo Alto youth wrote, produced and performed original hip hop music for the films, which was merged with the final editing of the original video footage by Levin.

“It’s a collaboration between the youth lyricists and the musicians,” says Levin. “We’re probably the only class ever to have a producer, a film editor, an urban historian and a hip-hop lyricist as teachers.”

Mary Hofstedt, with the John W. Gardner Center, knows that youth play a vital role in the success of a community. The Gardner Center believes strongly in community youth development and “in working in deep partnership with communities – bridging the gap between research, practice and policy” in hopes of producing research that fuels action at the community level.

“We go where we’re invited,” said Hofstedt. “The leadership we do is from behind. What we did in this case is support young people in the community.”

Residents of EPA have a long reputation for being leery of non-residents trying to dictate what is best for the city. That mistrust stems from decades ago and years of fighting for independence from San Mateo County and control by Palo Alto and Menlo Park. The decades-long fight culminating in incorporation in 1983 is at the root of the city’s organizing capabilities.

Make no mistake: EPA has an abundance of seasoned political activists, organizers and leaders who can mobilize residents around self-sustainability. The goal behind this project is to inspire the youth to bring about change in their communities for the present and future generations.

Luckily, Stanford University is in close proximity and has a long standing working relationship with city residents to help empower the community.

Reba Phillips, 23, older sister of Isaiah, admits to having a chip on her shoulder and being skeptical about what the Stanford students could teach her about her city. In the end, she was both teacher and student.

“I learned a lot in the class about EPA that I didn’t even know.”

“Five of the youth members partnered with the (Stanford University) class to co-produce the films and acted as experts on East Palo Alto,” says Hofstedt.

According to Hofstedt, “Part of (the Gardner Center’s) mission, in addition to the class partnership in telling these stories, is to make the powerful, beautiful history of arts in the community more visible and to use music as a way to shed light on stories from the community and to pull the community together in events that celebrate those things. So they feel this was a good use.”

The classes working on the project weren’t confined to the classroom. Stanford students and EPA youth took tours guided by Collective Roots, a non-profit whose mission is “to promote food justice by engaging youth and communities in garden-based learning and nutrition education to positively impact health,” around EPA to see first-hand the neighborhoods that are in the videos and to see the other natural resources the city has to offer.

In addition, the music tracks were produced and recorded at Live in Peace, a non-profit that combats persistent violence in the community by seeking to celebrate the lives of youth and gives them a recreational and learning outlet steeped in music – instruments, producing, writing, editing, track-laying etc. It fosters youth creativity in a hobby that they already love.

“My hope is that (art) will be one arm of sustainability,” says Justin Phipps of Live in Peace. “I feel like it’s a powerful weapon in the fight against gentrification and the fight for self-preservation in the community.” 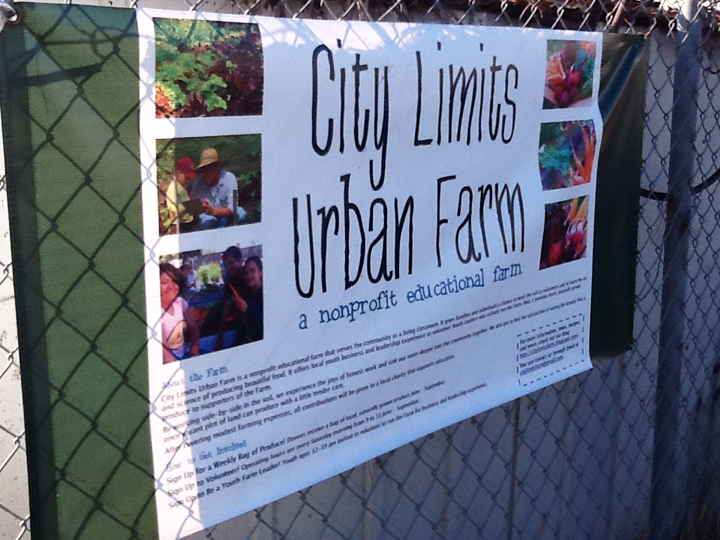 Youth in the community and older residents may be surprised to learn that EPA was once home to fruit orchards and plant nurseries. One tour through the city and that history becomes evident. There’s an abundance of fruit trees, wild plants and wildlife within city limits.

“Just learning about East Palo Alto history and learning to appreciate things in my community, I never tripped on the fact that I have a lemon tree, an orange tree, a plum tree,” said Ms. Phillips. “You walk around East Palo Alto all the time and you see these trees and don’t trip off it. Everybody doesn’t have that in their city.

“Taking the tours around East Palo Alto and seeing the urban farmers, the Cooley Landing. It made me have a better appreciation for things I see in my community. I see them every day. The rest of my family is from San Francisco. They don’t have that. They have buildings, cars and public transportation.”

“It’s a schism; lately environmentalism has been seen as a middle-class issue versus a low-income community of color (issue),” says Levin, referring to the films’ content. 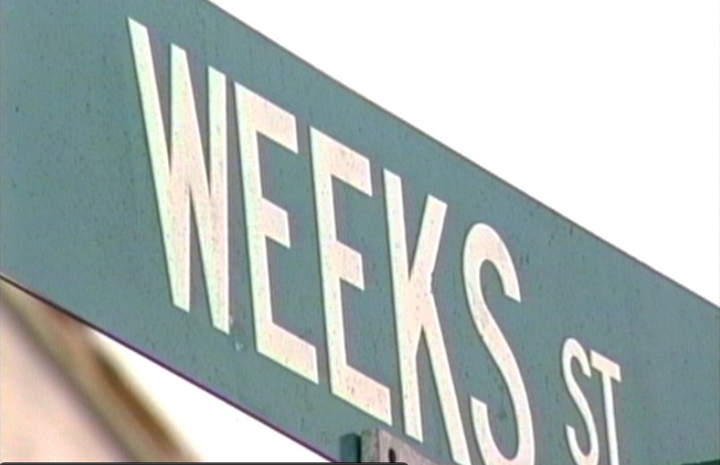 Now the new generation is taking the reins of leadership to make EPA a city they’re proud to call home.

“When I first started, I was told to come here because I needed to be here to represent an organization, but as I started to learn more about the project and my own interests, I started to realize that there’s not many people doing what we’re doing, as far as young leaders,” says Adrian Johnson, 20, who is also a native East Palo Altan and a featured lyricist and performer in the films.

“There’s not many young adults (in my age range), either in college or coming back from college, that are showing the kids in the neighborhood how to be responsible, independent thinkers.”

These budding young activists are fired up about their city’s future – but even more so about being part of the change.