Claims of ‘mental illness’ are in the mind of the beholder 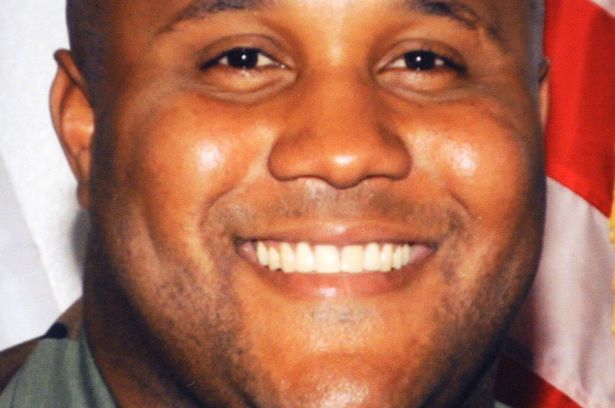 Christopher Jordan Dorner is dead, but his words and actions will continue to impact the Los Angeles area and beyond for quite some time. The former U.S. Navy lieutenant and Los Angeles police officer who is alleged to have shot and killed four people early in February was the subject of the largest manhunt in Southern California history. Authorities say that manhunt ended on Feb. 12 with Dorner, surrounded by law enforcement in a cabin in the Big Bear area of San Bernadino, committing suicide as highly flammable tear gas canisters ignited the cabin and burned it to the ground.

Dorner’s “manifesto,” in which he declared war on the Los Angeles Police Department, and his subsequent actions were horrifying to many. In an effort to understand the reason behind Dorner’s rage and his actions, many mainstream media outlets posited that Dorner must have suffered from some sort of mental illness.

Appearing on Piers Morgan Tonight on Feb. 7, 2013, Dr. Xavier Amador, a regular commentator for CNN, said there was “absolutely no basis in reality for his (Dorner’s) complaints that he was mistreated, that there was any kind of police corruption,” that Dorner had “clear signs of mental illness” and that his “manifesto” was “delusional.” 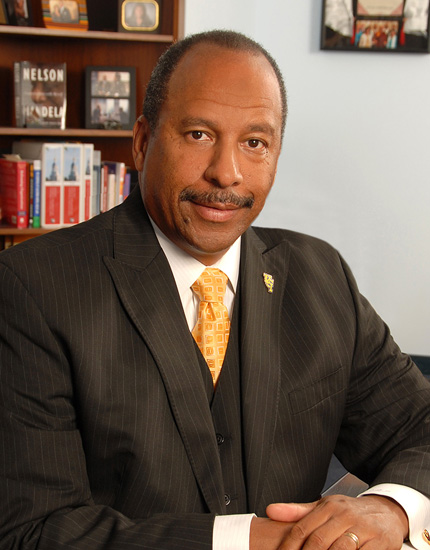 Amador’s analysis was based on a review of Dorner’s LAPD case file, he said.

On Feb. 9, The Associated Press ran a news brief on Dorner’s unsuccessful attempt to obtain a restraining order in 2006 against his then-girlfriend Ariana Williams. The story quotes court documents filed in the case that called Dorner “severely emotionally and mentally disturbed.” The court documents also link Williams to a post about Dorner on a website that was signed anonymously, calling Dorner “twisted” and “super paranoid.”

Also on Feb. 9, The Christian Science Monitor, in “Christopher Dorner: Experts look for clues to alleged cop killer’s mental state,” quotes a retired FBI profiler who said Dorner’s actions were “completely over the top.” Dorner, who claimed in his manifesto that he simply wanted to “clear his name,” had a “personality disorder,” according to Mary Ellen O’Toole. 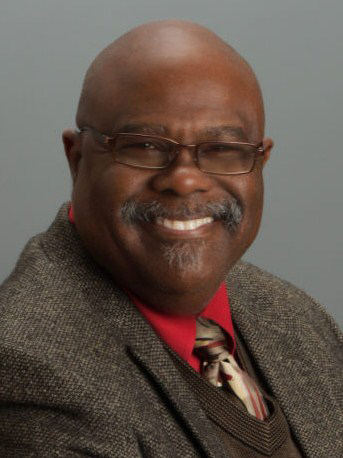 While it can be considered normal to search for answers in a case such as this, attempting to make a mental health diagnosis of Christopher Dorner without ever having physically examined him is not.

“It is difficult to make a diagnostic conclusion given how little any of us know about Dorner’s mental health history, having no audio transcripts to review, no testing and assessment instruments to analyze and no clinical interview data, said Thomas Parham, Ph.D. Parham is past president of the National Association of Black Psychologists and a co-author of “Psychology of Blacks: Centering Our Perspectives in the African Consciousness.”

“All we have is a so-called ‘manifesto’ (that I have not read) that is selectively presented in the media. So, for the press and media to be making a statement in absence of that kind of information is just interesting, if not useless chatter,” he said.

Clive D. Kennedy, a clinical forensic psychologist and president of the Los Angeles chapter of the Association of Black Psychologists, echoes Parham’s comments on evaluating Dorner’s mental state. “I believe no professional has indicated he or she is aware of Mr. Dorner’s mental health status and therefore we are unlikely to ever know, including those in the media who have been so forthcoming of his psychiatric condition,” he said. 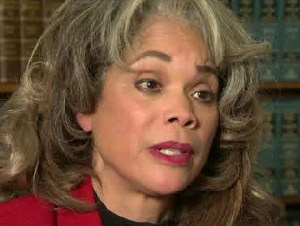 Dorner claimed in his manifesto clearly and explicitly that not only was he a victim of racism but that his attempts to “blow the whistle” on the racism of the LAPD against him and other officers are why he believes he was fired. According to Dorner, retaliation against “snitching” on other police officers was one of several corrupt practices within the department. Despite this, much of the media coverage of Dorner’s mental state has conveniently left this fact out.

Is racism enough to push one over the edge?

In her Feb. 9, 2013 Los Angeles Times op-ed, civil rights attorney Connie Rice recalls a conversation she had with former Los Angeles Police Department Assistant Chief Jesse Brewer. Describing him as “wise and classy,” Rice states that Brewer, the first African American president of the Los Angeles Police Commission that oversees the LAPD, “came to my law office in 1990. He described to me his own ordeals on the force, in which white officers illegally blocked his entrance to the Police Academy, tried to plant false evidence on him, blocked all of his promotions and set him up for ambush in the field. He also described how viciously the department retaliated against him and other officers who tried to stand up for fellow officers or civilians who suffered abuse from cops. The LAPD never did allow whistle-blowers of any kind to survive, no matter how righteous they were,” wrote Rice. 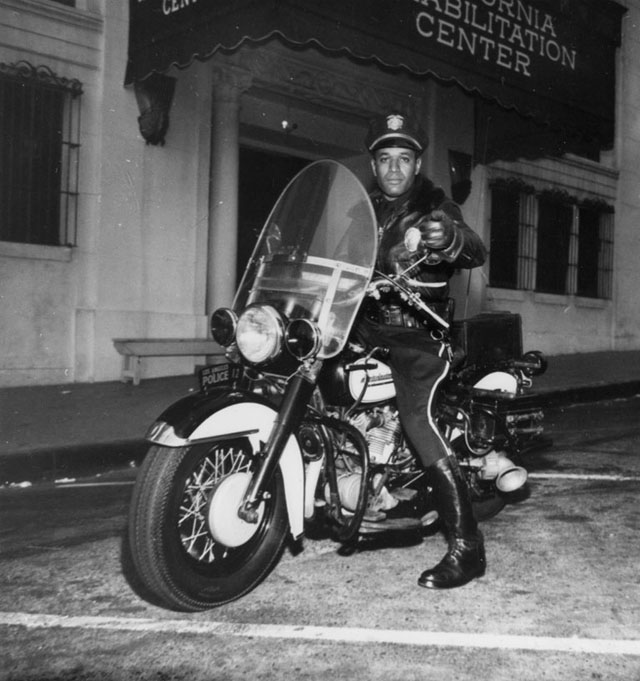 Chillingly, Rice goes on to write that Brewer told her that Black LAPD officers had to resort to accepting abuse from white police officers and “outsmarting” them because, “If you let them get to you, you’ll become homicidal.”

In her 1995 work “Killing Rage, Ending Racism,” noted political and cultural critic bell hooks wrote, “the conditions of racism can ‘drive one mad.’

Referring to an outbreak of violence in New York City in which a Black man opened fire randomly on a subway train, hooks states that “most Black folks can recognize that it is ethically and morally wrong to kill folks even as we can also sympathize with mental illness that is either engendered or exacerbated by life in (the United States).”

Psychologist Thomas Parham echoed that sentiment. “We must extend our prayers for those who lost their lives in this rampage (both victims and perpetrator) and for the families who are left to grieve. There is never a justification for the taking of innocent lives, no matter what the level of unfairness one believes has impacted their own life. There is nothing more sacred in the African tradition than life, so to be so callous in the taking of innocent lives would seem to be the most fundamental violation of an African centered worldview.”

Parham continued, “Clearly, the actions Dorner engaged in are very ‘out of the ordinary’ and beyond the realm of most standards of normalcy and decency that society embraces. Yet, like all of us, he is a product of a social system that makes an implicit contract with its citizens that says if you work hard and play by the rules, including doing the right thing on your job, then success should be the reward for one’s hard work, dedication and commitment … 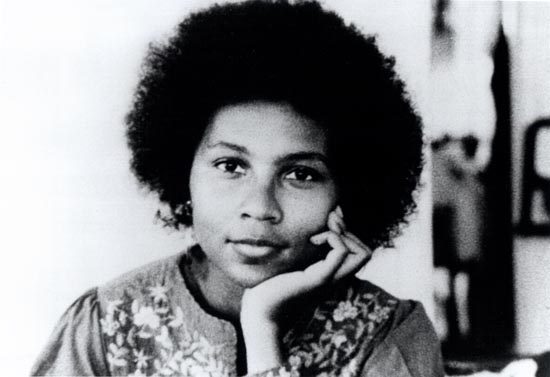 “I suspect that if he embraced this implicit social contract with the rigidity of a very concrete thinker, and then believes that his life was ruined by some unfair and discriminatory treatment when he called himself trying to do the right thing and report abuse by a fellow officer, then the violation and betrayal he feels might evoke that type of anger, rage and desire for retribution that we all witnessed.”

Paul Harris, a San Francisco-based attorney and author, says that “even in cases where the perpetrator of the crime is mentally ill, one must look at the concrete experiences of racism (and other environmental hardships) to understand the resulting behavior.” Harris is the author of “Black Rage Confronts the Law,” a 1971 book based on a case in which Harris was successful in defending a young Black man accused of bank robbery. “Too many people cry racism in explaining these crimes without combining the underlying mental problems with the specific life experience with racism the person has suffered,” said Harris. 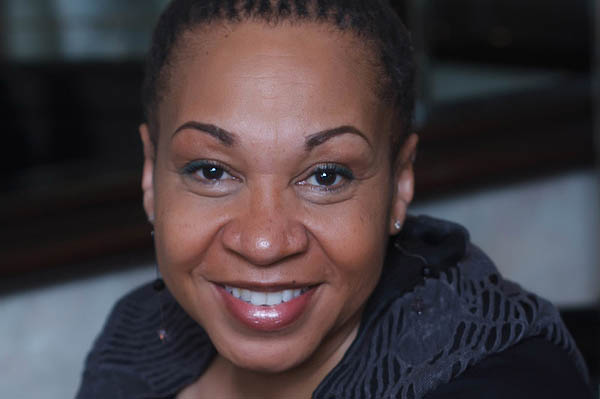 Joy DeGruy, author of “Post Traumatic Slave Syndrome,” uttered similar comments as Harris. “I would think that any serious response would include consideration of the obvious and blatant differential treatment of African Americans by a dysfunctional justice system and the structural inequalities inherent in that system.” DeGruy holds degrees in social work and clinical psychology and is an assistant professor at Portland State University.

More than 1,000 sightings of Christopher Dorner were reported to police during the manhunt to apprehend him. The overwhelming majority of those tips were based on faulty identifications of Black men whose appearance was similar to Dorner’s. What we do not know for sure is how many of those tips were from individuals who were simply Good Samaritans interested in assisting law enforcement and how many were from individuals who were genuinely frightened that Dorner might attack them.

As we continue to ponder Dorner’s mental state, we might also take into account the words of bell hooks: “White supremacy is frightening. It promotes mental illness and various dysfunctional behaviors on the part of whites and non-whites. It is the real and present danger – not Black rage.”

Thandisizwe Chimurenga is a community journalist and a founder and host of Some of Us Are Brave, a Black women’s public affairs show on KPFK-Pacifica Los Angeles. She has reported for the L.A. Watts Times newspaper, where this story first appeared, KPFK Evening News and Free Speech Radio News. She covered the trial of Johannes Mehserle, who murdered Oscar Grant, for the Bay View and several other Bay Area news organizations. She can be reached at tchimurenga@gmail.com.