Because you have the full authority to amend, repeal and make new state law, we, the PBSP SHU Short Corridor Representatives, respectfully request on behalf of all CDCR prisoners, male and female, that you please: 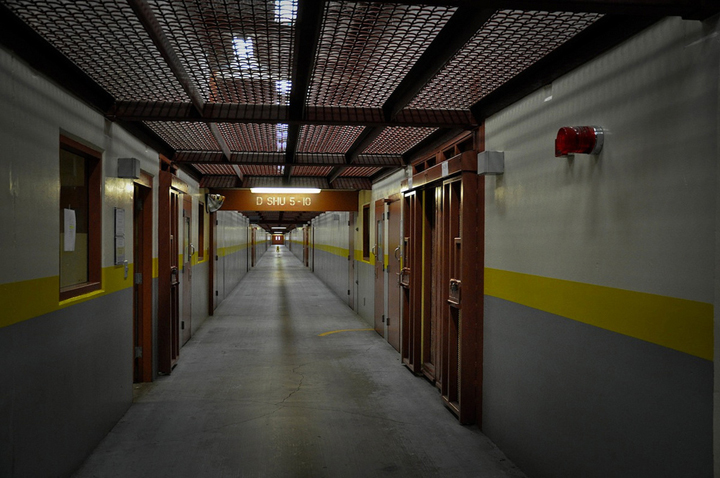 1) Amend California Penal Code Sections 2600 and 2601, to restore the original “Inmate Bill of Rights” that was signed and enacted into law by the present Gov. Jerry Brown in 1976. The Bill of Rights stated, for example, that CDCR prisoners, and thus their extended family members, were guaranteed rights to receive personal visits, subject only to such restrictions as were necessary for the reasonable security of the institution. See former Section 2601(d).

2) Amend California Penal Code Section 2933.6 so that all SHU and Ad Seg (D-status) CDCR prisoners can again earn and receive one third good behavior credit earning off their sentence for remaining disciplinary free while in SHU or Ad Seg. As it stands right now, these prisoners receive absolutely zero credit for this good behavior, which provides zero incentive whatsoever for them to remain disciplinary free while in there.

Also, under this current law, one who is validated as either a gang member or associate – which the majority of new and old CDCR prisoners will be labeled as being, under the CDCR’s new “Security Threat Group” and “Step-Down Program” proposals, as stated at the beginning of our demands – who has no rule violation reports and remains disciplinary free, who for example has a “release date” (not a life term), those prisoners will be forced to complete their entire prison sentence in the SHU and then be released straight from SHU back to the free world pretty angry that he or she did not have their prison sentence reduced for their good behavior.

So, we ask you, why should a CDCR prisoner even bother remaining disciplinary free? Especially if he or she will still be released at the end of their prison sentence, whether they remain disciplinary free or not? Therefore, amending the “original” law to remove the one third good behavior credit earning so D-status CDCR prisoners can no longer reduce their prison sentence was a grave error. Because, if you look back at the “original” bill and reasons for giving one third credit for good behavior, you will discover that it was given as a “prison security” reason, so that CDCR prisoners will have a reason and incentive to remain disciplinary free, even while on D-status.

We SHU reps are life-term prisoners, so we are asking that this law be re-amended or repealed for all those who do have a release date and who under CDCR’s new proposals will end up doing their entire sentence in SHU with no incentive to remain disciplinary free while in SHU or in Ad Seg. Not re-amending or repealing it is in itself a security threat not only for those prisoners and prison staff in SHU and Ad Seg, but also to society as a whole when these prisoners are released back into the free world.

3) Amend California Penal Code Section 5006, relating to our “Inmate Welfare Fund” (IWF), so that it is used, for example, to purchase all the needed exercise and recreation and entertainment equipment etc. (See our supplemental demands (26) through (28)). This way, prisons cannot continue to play delay games with these monies as they have been doing with the monies set aside for that purpose from the CDCR budget.

In addition, the IWF belongs to all CDCR prisoners. It was created to reimburse services to prisoners, including their training and education and to underwrite the prison canteens. Prisoners who are taxed for that purpose by the CDCR on purchases and the like have paid every penny themselves that goes into the IWF. Those monies are not court-ordered restitution funds, nor do they belong to CDCR – even though they act like they do. Again, the IWF belongs to all CDCR prisoners so the prisoners and their prisoner representatives in every CDCR prison – General Population, Ad Seg, SHU etc. – should also have a say in how it should be spent at the institutional level.

Therefore, when the issue is over our IWF, the legislature should write and pass bills that are written in clear, plain language on issues like the ones we CDCR prisoners are requesting here so that our monies can be spent on our immediate needs and benefit. And so CDCR officials cannot continue to twist vague language into something else, like they have been doing for decades now.

4) Amend California Penal Code Section 2085.5, where the “restitution fines” that CDCR prisoners have to pay into the Restitution Funds be reduced to a reasonable level from 55 percent to 33 percent that a prisoner has to pay on all incoming monies. We request this of the legislature for the simple fact that CDCR no longer provides enough prison paying jobs.

Where prisoners themselves used to pay 100 percent of their restitution, now, instead, their loved ones – not the prisoners – are the ones paying the 100 percent price whenever they send in any monies to their imprisoned love ones. All these loved ones are also free citizens, taxpayers and voters.

Thank you very much for considering our requests.