On Dec. 31, 2011, at exactly 12 a.m., in the studio of Block Report Radio, hosted by JR Valrey on 94.1 KPFA, RUMEC was declared the new labor movement. For about 10 years before that night, RUMEC had operated as a construction company, which grew to a general construction agency incorporating all the branches of construction under one name. 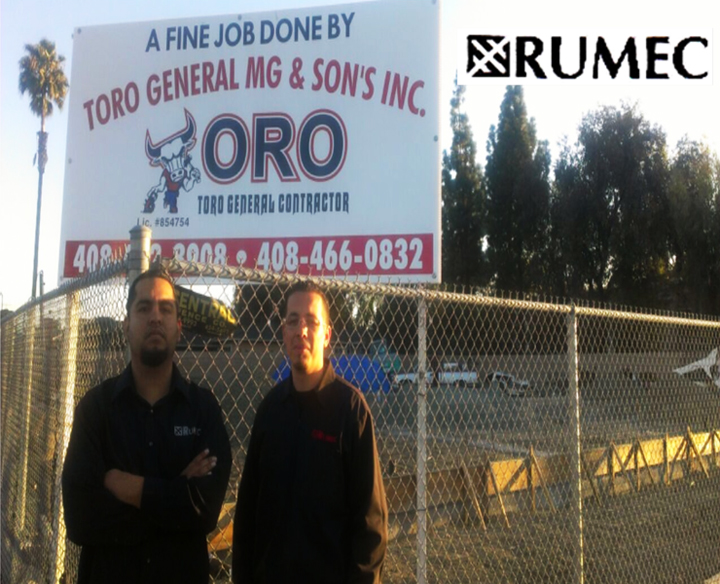 Always projecting a progressive social agenda, RUMEC aspired to represent an organized labor force and grow into a revolutionary movement through a construction economic base. RUMEC is an acronym for Revolutionary United Mexicans in Combat, fighting corporate oppression, ignorance and poverty through construction.

Through RUMEC, with construction, we may see how imperative it is to have an economic base to foment a political movement. Even though this is a grassroots association, funding is required to maintain people united. As we have seen from other progressive movements, when there is no economic base to unite the people, there will be great difficulty in maintaining the movement, and ultimately it will fail.

Knowing that in our community in the city of San Jose, seven out of 10 people work in the industry of construction, we identified the potential of educating our people through construction labor. Construction workers have families to sustain, and in this economic downfall, competition and necessity was about to get the best of our community.

The labor pool lacked organization, and we could see how workers were discrediting their own labor in order to close a deal with a client and take the job from another hungry individual. We discovered the divide-and-conquer techniques which our people were practicing. This is where we identified the importance of establishing set rates for labor without discrediting effort and quality of work. RUMEC was the salvation for all the competition that was dividing us from one another, since construction was our specialty for economic survival.

Knowing that in our community in the city of San Jose, seven out of 10 people work in the industry of construction, we identified the potential of educating our people through construction labor.

Education and the acquisition of economic stability was our goal for our labor force. Through education we have changed the perspective our Mexican workers have of the industry. The outside forces behind the scene, pulling the strings that make us behave in such a manner where we stay divided, ignorant and poor, had to be broken. Education has been the base for changing the way our workers behave; we have set the prototype of the new consciously aware construction worker.

In our constitution, you may find the progressive way workers ought to think, dress, present themselves and project a positive work ethic. It is imperative for our people to know that we own the labor force; we have to think this way in order for others not to oppress us and steal our efforts in vain. Education has paved the way for our non-profit establishment which is soon to come. By educating and providing something for our people that this government is not providing, we have the opportunity to become established as a non-profit organization.

Education and the acquisition of economic stability was our goal for our labor force.

Construction workers searching for temporary employment in the parking lots of Home Depot can now prepare themselves and organize with set labor rates and a waiting list for work. People no longer have to search for jobs because we provide the labor for those on a waiting list while they are getting educated in our construction workshops. This enables us to maintain a non-profit status and make a living of providing a social service.

Inspired by Malcolm X, who organized the Black community through Muslim Mosque Inc. and The Organization of Afro-American Unity, RUMEC is establishing organization through construction inspired by our Muslim affiliates. We hold the belief of Malcolm X that you “leave your religion at the door” in a time of gathering for a greater cause. This is to say, that we are all-inclusive in our movement, regardless of any religious affiliation. We have great respect for the discipline and organization behind a religion, however.

RUMEC aspires to unify our people in the same manner that religion does, but without a specific religious affinity. Even though we are building a mosque in the city of Oakland with the grandson of Malcolm X, Malcom Shabazz, our religious stand is independent. No matter what religion you may advocate, as long as it is oriented to the benefit of the people, then we are in favor of it. In addition, our plans for a mosque will incorporate education for our children, a shelter for battered women and an epicenter for justice advocacy, which will be objective in all manners possible.

RUMEC has always aspired to represent a unified group of educated people through construction. On a daily basis, we operate as a business impregnating in our ethic our Mexican role models who developed an ideology through the industry of construction. Inspired by the idea of Federico Sanchez Fogarty, we have launched countless events designed to expand the public’s awareness of RUMEC as a cultural symbol in construction.

Inspired by Malcolm X, who organized the Black community through Muslim Mosque Inc. and The Organization of Afro-American Unity, RUMEC is establishing organization through construction inspired by our Muslim affiliates.

Through our written contributions to journals and newspapers, we allude to the ideological aspect embedded in our culture. Our architects have sought out to represent the new reality of the post-economic downfall of California through RUMEC. This clear and concise representation surpasses the architecture of Halliburton, which has only paved a history of crumbling a country to pieces and running a war only to reconstruct the infrastructure.

RUMEC is the total opposite of that; we represent the architecture in our culture. From the mother civilization of Olmec architects, we have found that construction is a cultural aspect of our roots. Rather than crumbling another culture to pieces, we aspire to provide pro-bono work for the people of Afghanistan. In collaboration with Samshia Razaqi of Omeid International, we have plans to work with Immortal Technique, building a program in the benefit of the people affected by the American invasion. Due to our progressive agenda, we can furnish construction projects such as these.

Inspired by the idea of Federico Sanchez Fogarty, we have launched countless events designed to expand the public’s awareness of RUMEC as a cultural symbol in construction.

Through our work plan, we can complete even the smallest of jobs which range from bathroom remodels to erecting a commercial building. Currently, we are building a commercial building along with Toro Construction of San Jose. This company is a strong supporter of the conscious labor movement behind RUMEC. Toro Construction has been a victim of institutional racism in the construction industry since he is known to employ members of his local community. It is common that when a minority group of people projects financial unity, they are brought down by greater discriminatory forces.

The most recent project RUMEC has embarked on is the historical theater Cine Mexico on 25th Street and Santa Clara Avenue. With a complete renovation, Cine Mexico will operate as the cultural epicenter for the Mexican community, working in conjunction with all other progressive minority ethnic groups. With this construction project, RUMEC will develop business opportunities and educational programs through art and entertainment.

In addition, RUMEC has joined forces with Willie Ratcliff of Liberty Builders to develop construction projects in the near future. This will unify labor forces in the Bay Area, at the same time maintaining a progressive revolutionary conscious.

Overall, RUMEC has been at the forefront of the new labor movement. We would like to unify our people through construction, religion, art, music and education. We seek the liberation from outside forces that foment ignorance, oppression and poverty. We aspire to escalate into an established position of recognition and respect as an independent, all inclusive institution that represents our striving people.