I have not hugged my brother in over two decades. His name is Ronnie Dewberry and he goes by Sitawa Nantambu Jamaa. He has been in solitary confinement in the Security Housing Unit (SHU) at Pelican Bay State Prison since 1990. Ronnie could have been home 17 years ago; he has been eligible for parole since 1996. But, in a waking nightmare, prisoners are routinely told they’ll never make parole while in the SHU – but getting out of the SHU is virtually impossible. 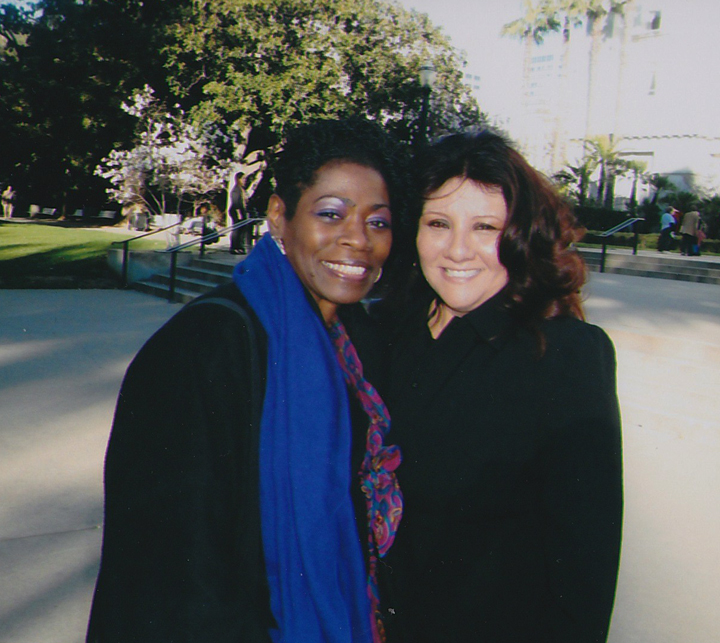 His situation is hardly unique. More than 500 prisoners have been in the Pelican Bay SHU for more than 10 years; 78 have been there for more than 20. Placement in the SHU, an “administrative” action within the prison system, is reviewed only once every six years. The only real way out of the SHU is to “debrief” – i.e. inform on other prisoners – which puts prisoners and their families in danger of violent retaliation. Moreover, after being trapped in the SHU for years, many prisoners don’t have any information about other prisoners to provide, even if they wanted to. A common saying around the SHU is that the only way out is to “debrief or die.”

Like others in the SHU, Ronnie is stuck in a cramped, windowless cell for 22 ½ hours a day. He is only let out to exercise alone in a concrete enclosure and to shower three times a week. He is allowed no phone calls, and he is only allowed to receive one package per year.

You might expect that someone who has been punished with solitary confinement for decades is violent and dangerous. But Ronnie is not in the SHU for hurting anyone. California, alone among all 50 states and most other places in the world, locks thousands of people away in solitary confinement for unconscionable periods of time because they are accused of having even the weakest ties to a prison gang.

Ronnie was designated as an “active” gang member because his name appeared on a list in someone else’s cell, because another prisoner accused him of being affiliated with a gang, and because of his political reading and writing about Black history. Prisoners are routinely kept there for the most innocuous reasons, such as having an inappropriate tattoo or a suspect piece of artwork.

Since 1995 Ronnie has only had two minor violations of prison rules. One was for possession of a Black history scrapbook. The other was for participating in two hunger strikes to protest confinement and conditions in the SHU.

In a waking nightmare, prisoners are routinely told they’ll never make parole while in the SHU – but getting out of the SHU is virtually impossible.

Twice, in 2011, thousands of prisoners across California went without food for several weeks, demanding changes in SHU placement and conditions. The first strike was called off when the California Department of Corrections and Rehabilitation (CDCR) promised to address the prisoners’ concerns – then resumed when those promises went unfulfilled.

The second hunger strike was called off when the CDCR promised to implement a new process for SHU placement. Despite the CDCR’s recent ballyhoo over the revised policy, the “reforms” are essentially window dressing. While the CDCR claims publicly that it has overhauled its SHU policy, the changes have had little practical effect – hundreds of men remain isolated in brutal conditions with effectively no way to get back to the general prison population.

A common saying around the SHU is that the only way out is to “debrief or die.”

I have only seen my brother ten times since he has been at Pelican Bay. The drive is almost eight hours, I don’t own a car, and travel and lodging are very expensive. There is so much time between visits that each time I see him, Ronnie looks much older. We’re not allowed any contact at all during visits, and the prison only allows us visits of one to two hours.

But this is hardly the worst our family has suffered while Ronnie has been in the SHU. In 2001, our sister Carol suffered kidney failure. Ronnie was a compatible kidney donor, but the prison would not allow him to make the donation. For years, Ronnie fought for permission to save his sister. Carol died in 2010, in a puddle of blood, bleeding out after a dialysis treatment.

Now, our mother is seriously ill. She has had several strokes, is paralyzed on her right side, has trouble speaking and suffers from cognitive difficulties. She longs to see her only son, but she is no longer able to make the long, difficult trip. I am faced with the heartbreaking realization that she may never see her son again solely because of his writing and reading material – his unjust imprisonment in the SHU that has kept him from being paroled for almost two decades.

While the CDCR claims publicly that it has overhauled its SHU policy, the changes have had little practical effect – hundreds of men remain isolated in brutal conditions with effectively no way to get back to the general prison population.

In May, my brother was among 10 men who, together with the Center for Constitutional Rights, filed a lawsuit challenging California’s Pelican Bay SHU practices as unconstitutional. On March 14, their lawyers were in court urging the judge to deny the CDCR’s request to dismiss the lawsuit.

Marie Levin is an active member of the Prisoner Hunger Strike Solidarity coalition, which can be reached at prisonerhungerstrikesolidarity@gmail.com.

‘If you don’t debrief, you can’t leave the SHU, period!’