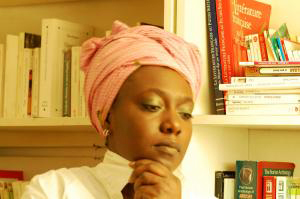 KPFA Weekend News Anchor David Landau: Late last week, the Security Council approved the creation of what it called its first-ever “offensive” combat force, with a mandate to carry out targeted operations to “neutralize and disarm” the notorious March 23 or M23 militia, as well as other Congolese rebels and foreign armed groups in the eastern Democratic Republic of Congo. Until now, U.N. peacekeeping forces’ only explicit mandate has been the protection of civilians. KPFA’s Ann Garrison has the story.

KPFA/Ann Garrison: The Security Council unanimously passed Resolution 2098 on Thursday to extend the mandate of the U.N. peacekeeping mission in Congo, though press and Africa activists commonly call it the most expensive and colossal failure in U.N. “peacekeeping” history. The so-called peacekeeping force, which is now nearly 20,000 strong, was created in the year 2000, but by the year 2008, the International Rescue Commission’s epidemiological study concluded that 5.4 million people, most of them civilians, had died of the fighting or of consequent hardship between 1998 and 2007 alone.

The Security Council’s press release says that this year’s mandate creates the first ever specialized “intervention brigade” to go after militias active in Congo, although, in 2009, U.N. troops joined the Congolese army and even the Rwandan army to “hunt down Hutu militias” in Congo. 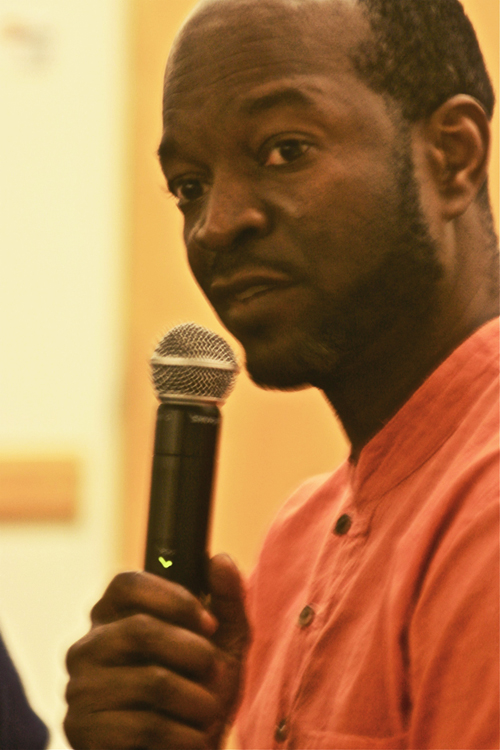 Friends of the Congo’s Executive Director Maurice Carney agrees that this is nothing new.

Maurice Carney: Yes, it is nothing new. And there are two critical components missing from these efforts on the part of the U.N. One is justice for the Congolese people, and two is accountability for Congo’s aggressors, Rwanda and Uganda. The efforts on the part of the U.N. are omitting these two elements, which are vital to bring about peace and stability in the region.

For the past 16 years, both the Rwandan and Ugandan governments have maintained an illicit minerals smuggling network in Congo’s eastern provinces that has perpetuated the conflict and contributed to the death of millions. And despite the devastation wrought by these two U.S. client states, the United States has continued to provide arms, equipment, training, intelligence, financing and diplomatic cover for the Kagame regime of Rwanda and the Museveni regime of Uganda.

Without U.S. support, neither Rwanda nor Uganda would be able to get away with the war crimes and crimes against humanity that they continue to commit in the DRC.

KPFA: Carney also said that he agrees with BK Kumbi, a Congolese woman who managed to interrupt U.N. Secretary General Ban Ki-moon at a March conference on Congo peace in Geneva, Switzerland:

Without U.S. support, neither Rwanda nor Uganda would be able to get away with the war crimes and crimes against humanity that they continue to commit in the DRC.

U.N. Secretary General General Ban-Ki-Moon: As for the guarantors of peace … 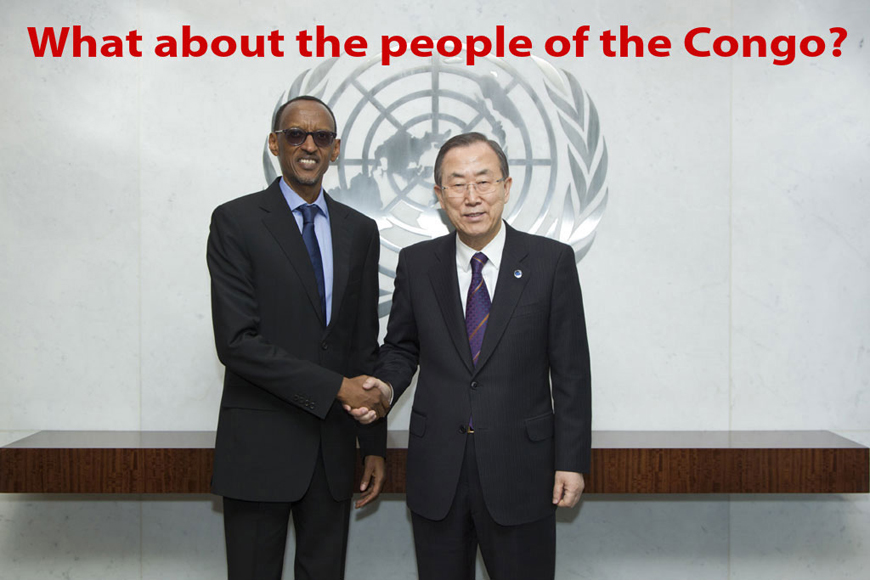 BK Kumbi, a Congolese woman in Geneva: But what about people of the Congo, PLEASE? What about people of the CONGO? You don’t say anything about that. There’s been killed 8 million people and you’re making fictitious peace, and you’re telling us that this is peace, when aggressors are not named. Rwanda has been known … has … is responsible of what is going wrong in the peace, in Congo, and nobody says something about that! Burundi! Uganda! You just say that! We are sick and tired of hearing every time people here just being so peaceful with AFRICA! You should let AFRICA in PEACE.”

Convention Security: Multiple voices calling in French for order, then for security officers to throw BK Kumbi out. [As they did.]

This transcript is the extended version of the KPFA Radio story. The extended audio will be added shortly.