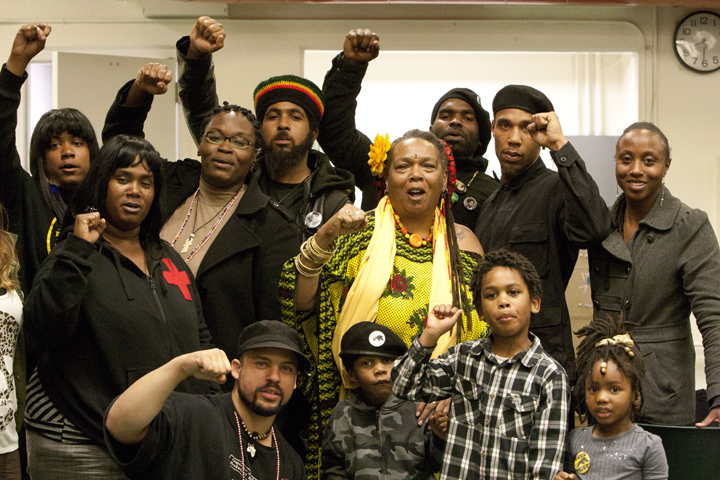 On Wednesday, Feb.13, 2013, for over three hours, the Laney College Forum rang with the sounds that only an evening spent with artist, musician, activist Charlotte Hill O’Neal, affectionately known as “Mama C,” could produce: the sounds of love, laughter, awe and welcome of a community embracing one of its own.

And the next day, on Feb. 14, the CSU Diversity Center in conjunction with the CSU Ethnic Studies and History Departments proudly presented “An afternoon with Charlotte Hill O’Neal.”

“Mama C” is poet, musician, visual and spoken-word artist, Afrikan woman of the world. She is touring the world in her annual UAACC Heal the Community Tour and debuting her new documentary about her life, “Mama C: Urban Spirit in the African Bush.”

Sponsored by the Laney College Black Student Union and the Oakland based People’s Community Medics, Mama C, co-director of the United African Alliance Community Center (UAACC) in Tanzania, East Africa, came from Imbaseni, in the shadow of Mount Meru, to share with us the strong, vibrant ancestor-rooted personality of an African woman who has chosen to live for 40 years in exile from the U.S. 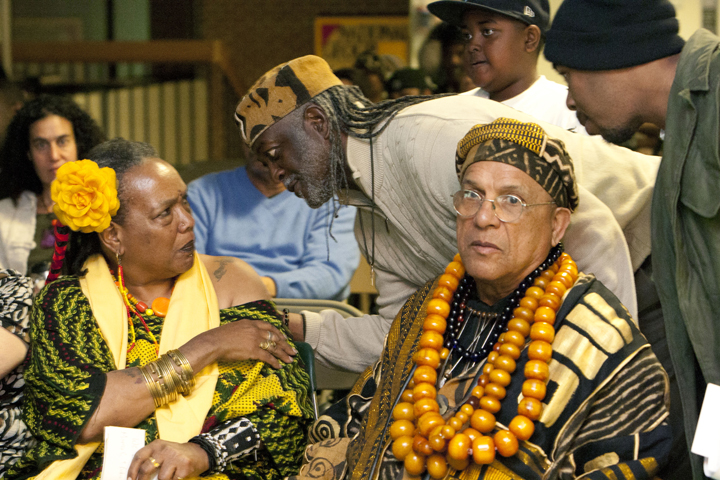 The O’Neals were members of the Kansas City, Missouri, chapter of the Black Panther Party for Self Defense during the ‘60s and ‘70s. Both grew up in the artistic and politically vibrant – albeit racist – environs of what was then the blues capitol of the world. And both inherited all of the strengths that are commonly found in African communities across the global Diaspora.

Kansas City, Missouri, fought back in the ‘60s through the ‘80s, ‘90s and today against the human rights violations that have marked Afrikan life since the infamous Middle Passage. As a high school student in the ‘60s, Mama C fought racism and “white only” segregation through her involvement in Civil Rights marches and protesting to force her high school administration to recognize the deep evil of Dr. Martin Luther King Jr.’s assassination.

Then she joined the Black Panther Party at age 18 – and married the chairman of the KC chapter, Pete O’Neal, at the National BPP headquarters in Oakland, Calif.

Charlotte O’Neal and her husband Pete stand side by side in their firm decision to live in Tanzania. And Pete O’Neal is not pining away because of his exile from the U.S. Neither is Charlotte. Though he cannot ever return to U.S. shores without encountering the undue diligence of the FBI and the U.S. government’s COINTELPRO (counterintelligence program) declaration to incarcerate and kill him, from its inception in 1991, the UAACC has continued to do the same kind of community work that the Black Panther Party was doing in the ‘60s and ‘70s, building a small microcosm of what the world should be. 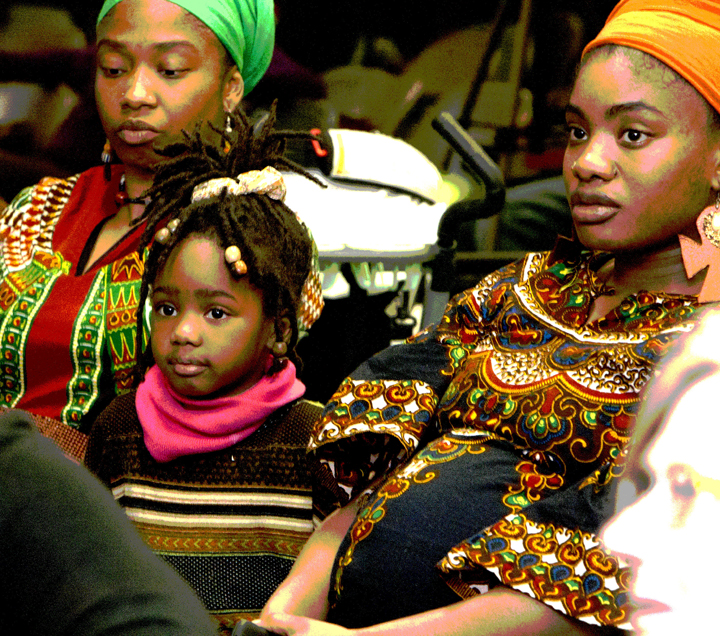 Thus, from their flight to Algeria in 1971 to their arrival in Tanzania to this day in 2013, the O’Neal family has continued building international solidarity among all people while honoring their ancestral roots, as taught them as members of the Black Panther Party. “This philosophy,” says Mama C, “has never changed, and many of my poems and songs reflect this burning desire and mission to spread peace, love and unity through my art.”

And as Pete O’Neal reflects in the beginning of the film, “A Panther in Africa,” it is a supreme irony that as a non-Tanzanian, he has been granted authorization through the U.S. embassy to possess a 12-gauge shotgun for defense against marauding animals that sometimes crash the fences of the UAACC – when it was a 12-gauge shotgun in 1970 that led to his spending 32 years (at the time the film was made) in Africa!

As she read from her book, “Warrior Woman of Peace,” published in 2008, an enraptured audience felt why her poetry has debuted and been showcased on stage, television and radio in many cities in Africa and America during the annual UAACC Heal the Community tours that she does. Mama C’s poetry is dynamic!

She reflects: “The spontaneous release of love that comes from poetry and music and art in general … that thing that binds us all together and builds solidarity and understanding among all people, no matter where they are from or what language they speak, is like magic!” 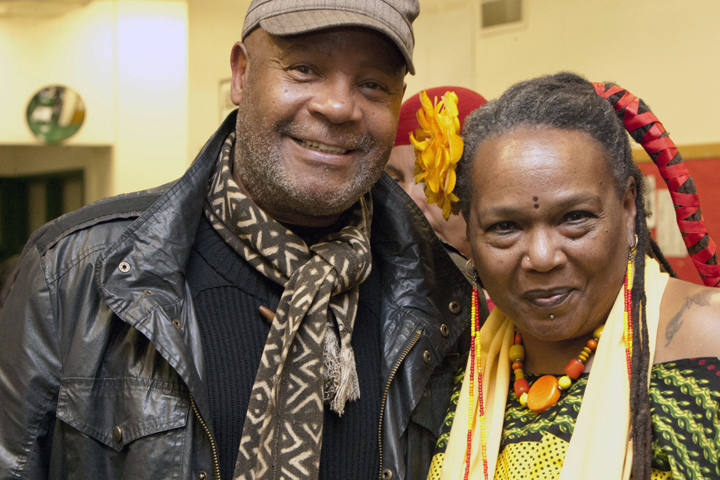 Everyone felt the spiritual magic she brought with her. Whether she was reading poetry, speaking proudly of acquiring new computers or the well for water that the late Black Panther Party Minister of Defense Geronimo ji Jaga helped UAACC to build and of the many programs at the UAACC, such as the “Leaders of Tomorrow Children’s Home” being developed and built, as well as the opportunities to visit and/or volunteer at UAACC, it was clear that she loves life and loves her work.

Charlotte O’Neal was also in the U.S. to debut the new documentary about her life: “Mama C: Urban Spirit in the African Bush.” The film, produced by Joanne Hershfield and Perennial Films, was chosen as the Official Selection of the 21st Pan African Film Festival held in Los Angeles on Feb. 7-18, 2013.

Her other accomplishments include but are not limited to:

It was a thoroughly unforgettable evening in which everyone in the community, from elders to small children, had an opportunity to exchange hugs, words of encouragement and healing with one of our own, Charlotte Hill O’Neal, Mama C, an African woman of the world, as she continues on her journey of helping to help Heal the Community for 2013 and for years to come.