KPFA Evening News Anchor Sharon Sobotta: Secretary of State John Kerry made headlines this week when he suggested, at a House Foreign Affairs Committee hearing, that President Obama might soon be visiting Africa. Kerry gave no details about when or which countries. 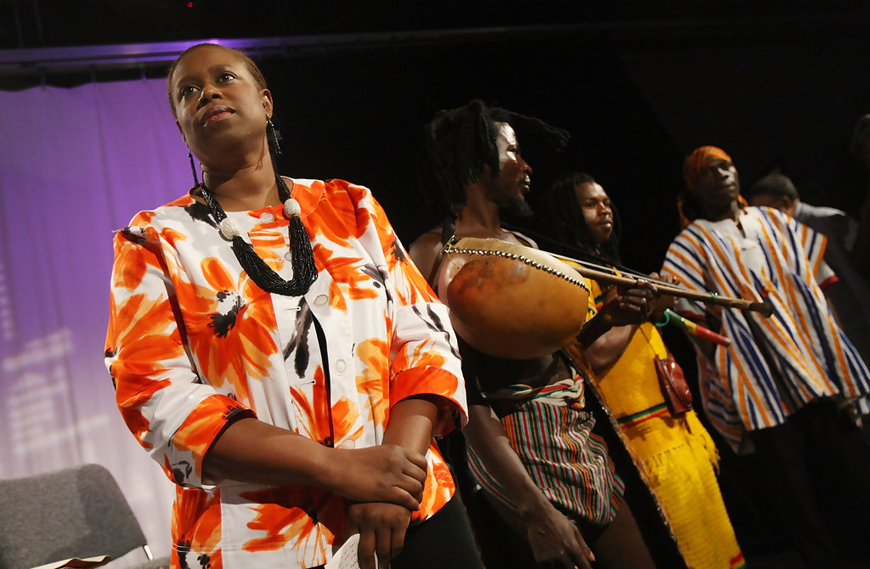 He did say that six of the 10 or 12 fastest growing countries in the world are in Africa, that China is investing more than the U.S. in Africa and that “we have to recognize where our future economic interests and capacity may lie.” During Obama’s first term he spent about 22 hours in Africa, south of the Sahara, all during a single trip to Ghana.

KPFA’s Ann Garrison spoke to former Georgia Congresswoman Cynthia McKinney about the president’s relationship to the continent of his father’s birth.

KPFA: Cynthia McKinney, would you like to comment on President Obama’s relationship to Africa and the prospect of his spending his 23rd hour and more on the African continent since becoming president?

Cynthia McKinney: The sad fact is that yesterday, while you and I were SKYPE chatting, I requested some information from a friend of mine on the African continent, and I asked if the United States is still bombing Somalia, because this was a Somali who chose to leave the U.S., to leave North America, and to go back home.

And he said, unfortunately: yes. And I began to apologize, to issue the apology for U.S. policy once again. And it was so touching and so amazing, just this exchange, because, on the one hand, I feel that I’ve done everything that I could possibly do to change U.S. policy.

Dr. Martin Luther King Jr. said that we needed a radical revolution of values, and when you have a United States president who is from the African continent, descended of African people, that represents a kind of radical revolution in and of itself. But then, that African American president is bombing Africa.

KPFA: Do you agree with Glen Ford, Bruce Dixon and the other Black Agenda Report editors that Obama is a more effective evil, that he’s getting a pass because he’s Black.

Cynthia McKinney: I have used Glen Ford’s terminology more times than I can even count. First of all, I find Glen Ford to be the most astute political observer on the scene today. Period. Bar none. And when Glen came out with “the more effective evil,” it was so clear. It was so clear.

He came out with that at the very moment that progressive members of the left – or so-called left – were making excuses for a policy that constitutes war crimes and crimes against humanity. And so there is a new kind of terminology, I believe, that needs to become a part of our lingua franca, and that is “pro-war left.”

We cannot get to peace as long as members of the pro-war left are prominently placed as representatives of the values of those of us who are truly on the left.

KPFA: And that was former Georgia Congresswoman and Green Party presidential candidate Cynthia McKinney, who will be in California this coming week, from April 21 to 25, on a speaking tour titled Latin America, Africa and Obama. For dates and locations, see the San Francisco Bay View, sfbayview.com.

Obama’s speech in Ghana during his first trip to Africa, in 2009