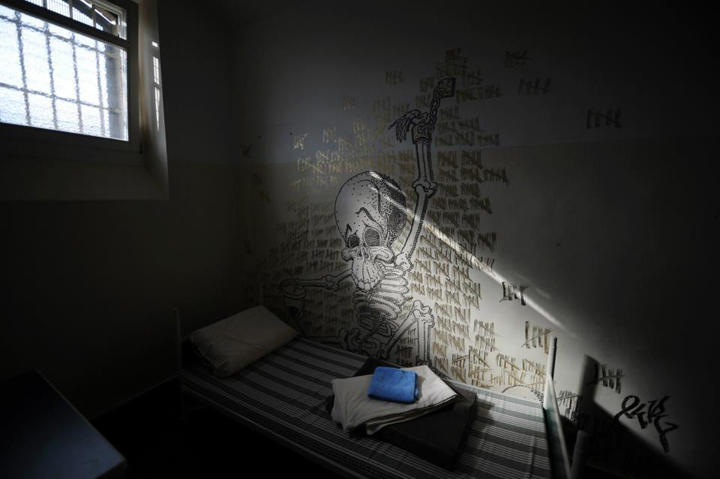 There are more than 80,000 people in solitary confinement in the United States. Last week, the widespread misuse and abuse of solitary confinement in jails and prisons across the country drew international condemnation when the Inter-American Commission on Human Rights criticized the United States following weeks of hearings on human rights practices across the Americas region.

Before the hearings started, the United States government declared itself a “strong supporter” of the commission and stated that “[p]reserving the [commission’s] autonomy is a pillar of our human rights policy in the region.” The U.S. must live up to this commitment by making sure prisoners across the country have their basic human rights protected.

In its concluding statement, the commission stated that “based on the fact that the prohibition of torture and cruel, inhuman, and degrading treatment may not be abrogated and is universal, the OAS Member States must adopt strong, concrete measures to eliminate the use of prolonged or indefinite isolation under all circumstances … [T]his practice may never constitute a legitimate instrument in the hands of the State. Moreover, the practice of solitary confinement must never be applied to juveniles or to persons with mental disabilities.”

The world has again taken note that abuses in U.S. jails and prisons can’t be squared with our human rights commitments. On solitary confinement, the U.S. should demonstrate its leadership and prove that change starts at home.

At a hearing on the United States, the commission heard from human and civil rights groups – as well as U.S. government officials – about how children across the U.S. are charged as if they are adults, held in adult jails and prisons, and put at serious risk of physical and sexual assault. The ACLU, jointly with Human Rights Watch, detailed how officials in adult facilities use solitary confinement to supposedly “protect” children from adults and to punish them when they break rules. The ACLU urged the commission to engage the United States about the issue and has called on Attorney General Holder to ban the solitary confinement of children in federal custody.

In its concluding statement, the commission specifically criticized the United States for its mistreatment of children, expressing “deep concern over the practice in the United States of incarcerating children under 18 years of age in prisons for adults, without any effective separation between the two. It is also cause of concern to the Commission the abuses, sexual rape and cruel, inhuman and degrading treatment, such as solitary confinement. The Commission urges the United States to identify and urgently implement a federal mechanism to identify anyone under the age of 18 as a child, to keep them from being tried as adults or incarcerated alongside adults.”

The world has again taken note that abuses in U.S. jails and prisons can’t be squared with our human rights commitments. On solitary confinement, the U.S. should demonstrate its leadership and prove that change starts at home.

Ian Kysel is the Aryeh Neier Fellow with the ACLU’s Human Rights Program and the US Program at Human Rights Watch, where he focuses on the solitary confinement of youth in the United States. He is the author or co-author of human rights reports on solitary confinement, prison conditions for youth serving life without parole and the resettlement of refugees to the United States. Contact him via http://www.aclu.org/general-feedback. This story was originally published by the American Civil Liberties Union.