Many within society, and rightfully so, may find what I am about to allege very incredible and absurd, beyond the capacity of their comprehension, but the truth must be told if justice is truly to be served. 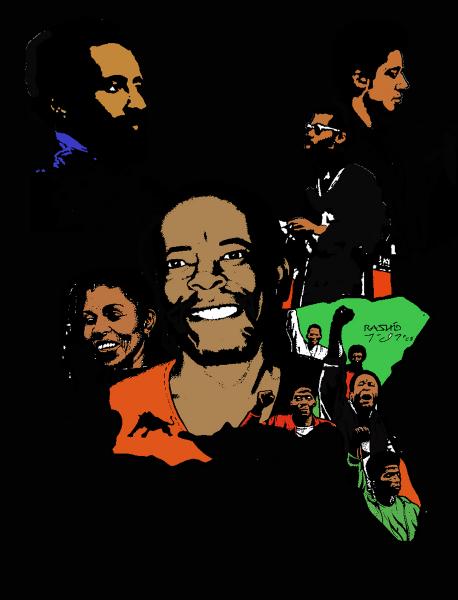 When the prison system transformed into the Prison Industrial Slave Complex (PISC), it became a profit-making industry and, as a profit-making industry, profit becomes the bottom line. In the agriculture industry, pork, beef, wheat, corn, just to name a few, are some of the primary commodities that fuel that industry. Well, in the PISC the poor underclass is the primary commodity that fuels its profitability, while the poor New Afrikan (Black) man and woman are its prime choice. The survival, longevity and stability of any profit-making industry is profitability, and this is dependent upon supply and demand which encompasses a steady flow of quality products and/or commodities.

People, no profit-making industry is going to intentionally deplete its resources and fall into bankruptcy, if they can help it. The PISC is no exception to the rule; it will do whatever it takes to guarantee its future existence and proliferation. Recidivism was and is the principal business plan; a genuine effort to rehabilitate prisoners would facilitate the demise of the PISC as a profit-making industry. So genuine rehabilitation is not on their list of priorities, especially Pelikkkan Bay and Corcoran State Prison.

Now you may be wondering, what does the above observation have to do with our First Amendment campaign. There exists a class of New Afrikan political prisoners and politically active prisoners who are committed to: 1) eradicating New Afrikan recidivism by transforming the New Afrikan criminal mentality; 2) developing proposed solutions designed to eradicate Black-on-Black gang violence, as well as criminal activities; 3) to prepare New Afrikan prisoners for release back into our communities, and 4) via our articles expose the ills of the prison industrial slave complex. As a result of our political objectives, the PISC, for the last 22 years, has launched a COINTELPRO prototype campaign designed to criminalize our agenda and censor our voices.

Since our arrival here at Pelikkkan Bay, we as New Afrikan political prisoners and politically active prisoners have been subjugated to a CDC-sanctioned prototype FBI counter-intelligence program (Cointelpro), but this prototype was developed and executed by the CDC agents of repression, e.g., Office of Correctional Safety (OCS/SHU), Institutional Gang Investigation Unit (IGI) and the Investigative Services Unit (ISU).

As a result of our political objectives, the PISC, for the last 22 years, has launched a COINTELPRO prototype campaign designed to criminalize our agenda and censor our voices.

Their goals are similar to that which the FBI set forth in the ‘60s and ‘70s when it attempted to neutralize our New Afrikan revolutionary collective, though the methods have changed. Their goal is neutralizing and destroying any New Afrikan political prisoner or politically active prisoner who dares to struggle in the service of our people – and humanity has remained the same.

Authentic politically inspired free speech within a fascist construct is like a cancerous tumor, and if allowed to spread it has the innate capacity to facilitate the rapid demise of fascist repression. Understanding that capacity, the agents of fascist repression responded with a repressive agenda designed to neutralize those forces and voices of political fortitude and moral steadfastness. During the ‘60s and ‘70s their methods were more blatantly and racially blunt, with no intention of concealing their racist and fascist agenda. Their assassinations and false imprisonment of New Afrikan freedom fighters within the CDCR exemplify their blunt method of deploying their fascist agenda. The ‘90s marked a less obvious approach, but just as effective.

Their goal is neutralizing and destroying any New Afrikan political prisoner or politically active prisoner who dares to struggle in the service of our people – and humanity has remained the same.

People, this campaign is more than just about protecting our First Amendment rights. It’s about denying the PISC the human fuel that is required to maintain this industry of human torture and exploitation, not to mention protecting society from the ramifications of the PISC. Keep in mind it is your victimization as taxpaying citizens that the PISC relies on to fuel their profit-making industry. If we can reduce recidivism, we can reduce the need for prisons, thus facilitating the eventual bankruptcy of the PISC. And this is why they have been so determined to violate our First Amendment rights and censor our voices and political activities.

Authentic politically inspired free speech within a fascist construct is like a cancerous tumor, and if allowed to spread it has the innate capacity to facilitate the rapid demise of fascist repression.

Between 1989 and 2005, no one was aware of our First Amendment Rights Campaign, and both the state and federal courts had turned a deliberate blind eye to our political persecution and a deaf ear to our call for justice. Not only were we not allowed to mention Comrade George’s name, we were actually penalized for doing so.

There’s no class of New Afrikan prisoners in the entire country that have been persecuted more than our revolutionary collective for upholding the legacy of Comrade George Jackson, W.L. Nolen, Jeffrey Khatari Gaulden, Black August, New Afrikan Revolutionary Nationalism (NARN). Many of us have been denied release solely on the basis that we refused to surrender our political commitment and activities to racial repression.

2005 marked our first victory. Comrade Tashiri was granted an evidentiary hearing on the critical tenets of our political struggle, such as George Jackson, Black August and New Afrikan Revolutionary Nationalism (NARN) in Marcus Harrison (aka Kijana Tashirip Askari) v. Pelican Bay State Prison, No. HCPB04-3034. This hearing exposed the campaign by the CDCR and their agents of repression to isolate, criminalize and censor New Afrikan revolutionary nationalists housed in the security housing unit (SHU) at Pelikan Bay under the guidance of their Cointelpro prototype.

Our next victory was also spearheaded by Comrade Tashiri. A federal civil suit where he negotiated an out-of-court settlement that actually set the course was Marcus Harrison v. Institutional Gang Investigation, et al., No. C07-3824 (SI). Our next victory was led by me: James Harvey (aka Abdul Olugbala Shakur) v. Puente, et al., No. 08-2894 (VRW).

The Institutional Gang Investigation Unit (IGI) and the Investigative Services Unit (ISU) attempted to prevent us from using our Afrikan/Muslim name on our mail. I settled out of court. Our next victory was led by Comrade Sondai: Randall Ellis (aka Sondai Kamdibe Dumisani) v. Capt. K. Brandon, IGI/ISU, et al., No. 10-2957 (TEH). This case also addressed our captors attempting to censor Comrade Sondai from writing about Comrade George. This case was settled out of court.

Our First Amendment Rights Campaign is now beginning to kick the door down. Our next victory was led by Comrade Mutope: James Crawford (aka Mutope Duguma) on Habeas Corpus, No. A131276. The First Appellate Court overturned a Superior Court decision ordering the CDCR agents of repression to mail out Comrade Mutope’s mail containing the language of New Afrikan, New Afrikan Nationalist Revolutionary Man, NARN and the New Afrikan Independence Movement (NAIM).

Our most recent and significant victory was also led by me: James Harvey (aka Abdul Olugbala Shakur) v. R. Drown, IGI/ISU et al., No. 10-4891 (RS). I negotiated a very significant out-of-court settlement under the terms and conditions No. 7 of the agreement. They were ordered to place in my file a chrono stating they can no longer confiscate my outgoing mail for merely referencing the New Afrikan movement, this encompassing all New Afrikan titled terminology from New Afrikan to NARN, as long as we’re not advocating criminal activity or specific acts of violence.

Though the settlement speaks to outgoing mail, the mediation judge made it clear it would also apply to incoming mail as long as it follows the same guidelines. And this agreement will affect all New Afrikan prisoners. The CDCR cannot apply one set of rules to me and not apply the same constitutional protection to other New Afrikan political prisoners and politically active prisoners.

Because of our multiple victories, many are under the false impression that we no longer need outside support. To the contrary, we need your support more so now than before. As you know, we are dealing with a very arrogant foe, who has displayed an open disdain for our human and constitutional rights as New Afrikan prisoners. In fact in spite of these victories, many of us have federal lawsuits and state writs pending in court for the same exact issues we had already settled out of court.

I have five federal lawsuits pending. The judge ordered the CDCR to respond to two of my lawsuits already, gave them 90 days in James Harvey (aka Abdul Olugbala Shakur) v. B.Thornton IGI/ISU et al., No. C12-2866 (RS). Their 90 days was up on Jan. 31, 2013, but on Feb. 4, 2013, they filed a motion requesting an additional 60 days, which the judge granted. This lawsuit pertains to the Black August Organizing Committee.

And I just recently heard from the judge in another matter: James Harvey (aka Abdul Olugbala Shakur) v. G. Lewis, Warden, et al., No. 12-5223. The judge ordered the CDCR to respond to this complaint. They have 90 days to respond. This lawsuit pertains to the Ramadan program and the religious diet. Pelikkkan Bay served us cold hot meals on paper trays throughout the entire month of Ramadan. On some days they didn’t even feed me; and the judge is in possession of all the evidence to support my complaint, and this is why he had ordered the CDCR to respond to my lawsuit.

Because of our multiple victories, many are under the false impression that we no longer need outside support. To the contrary, we need your support more so now than before.

As you can see, people, our battle is far from being over and we just received notice that validated alleged prison gang members will not be eligible to participate in the step-down pilot program. We remain in solitary confinement indefinitely, even though many of us have already spent 25-40 years in isolation. So, as you can see, we are in need of your concrete support, not your lip service. The Bay View for over 20 years has provided us with a platform to tell our story. Follow their example!