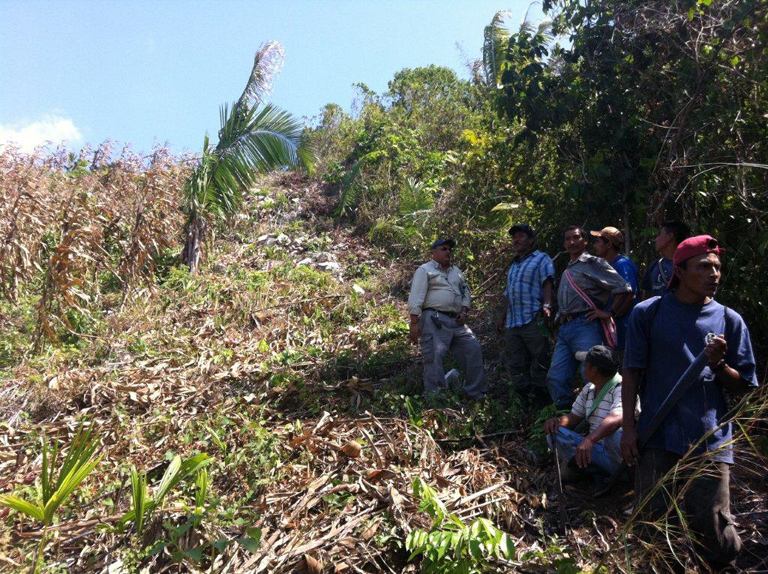 On a recent morning, approximately 60 people boarded buses and vehicles in Punta Gorda for the rough road journey to the village of Dolores on the Southern Belize-Guatemala border with a group of the Belize Territorial Volunteers.

A local Mayan resident in the group of BTV volunteers advised that the group had in fact not yet reached the border, so the group proceeded to push forward to the cement survey marker despite the comment from the OAS representative. 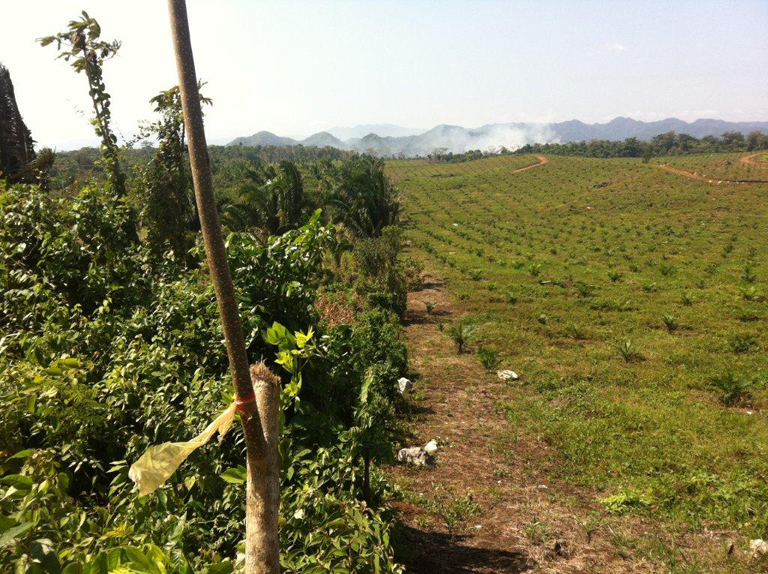 Upon reaching the official survey marker it became clear to the group why the representative did not want them to proceed further west. The BTV delegation found a large palm oil plantation, with massive areas of land including the borderline already cleared. The BTV group then moved on from that position and hiked to another area north, where again they encountered a cleared border with cornfields that unquestionably crossed into Belize territory. Continuing along the border with the intention of clearing the line, the BTV group found large pasture territory after a long hike through the cornfields.

“We are very happy that alcaldes (mayors) from Otoxha and Dolores showed up with some of the patriotic and brave people of their communities, despite being told by the chairman of the Toledo Alcaldes Association, Alfonso Cal, that they should not attend the border clearing because it could be dangerous,” noted Maheia.