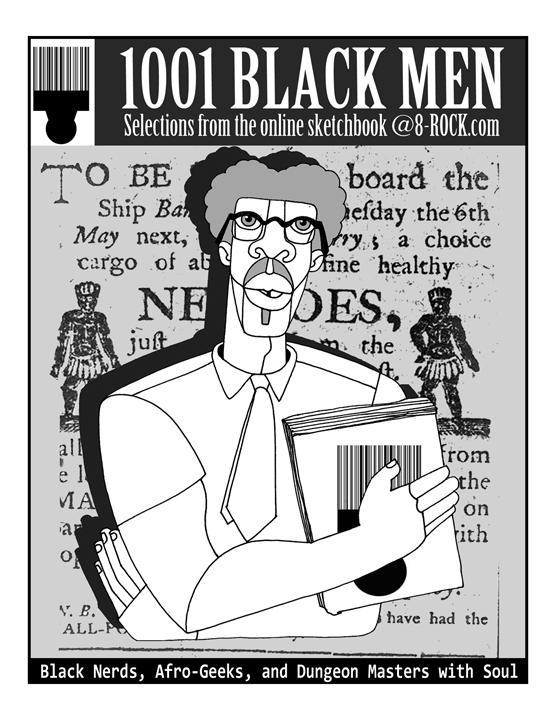 I met Ajuan Mance at a function at the San Francisco Main Library, where she had a table displaying her sketches of the many faces of Black men. I talked to her for a second and noticed the activist nature of her work.

She was protesting the objectification of the Black male image in the media, while at the same time capturing the natural wild beauty of the Black man. I was taken aback by her collection of drawings, and even saw some faces that I thought I recognized. Ajuan’s elegant pen work is second to none. Check this interesting local artist out in her own words …

M.O.I. JR: Can you tell the people a little bit about your work? Why do you choose to draw Black men?

Ajuan: I have worked in a number of artistic media, but since July of 2010, my primary focus has been on creating the drawings that appear in “1001 Black Men,” my online sketchbook at 8-ROCK.com. My goal is to create 1,001 drawings of African American men in roughly 1,001 days. 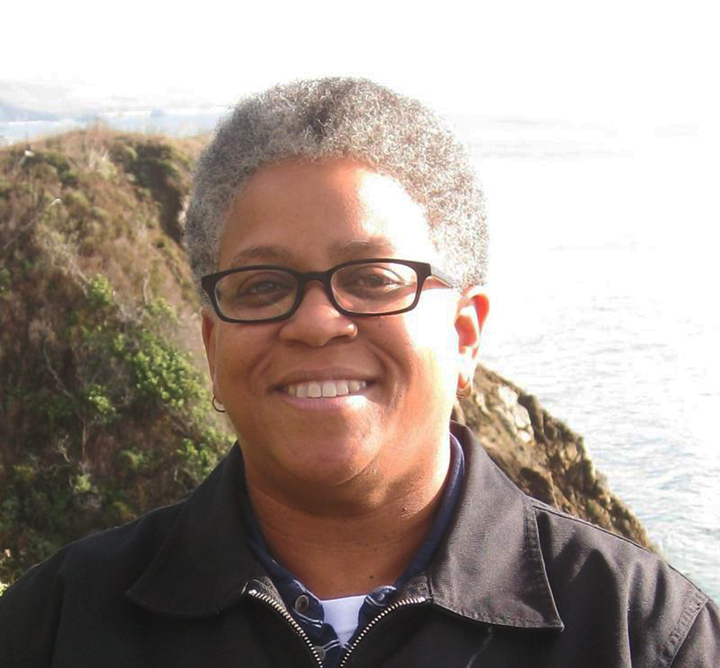 I have chosen Black men because I have always been interested in African American manhood and masculinity and particularly by the way that – although contemporary discussions of objectification most often focus on the bodies of white women – Black men too are highly objectified by the news and entertainment media. Black men’s images – their bodies, in particular – are used to sell products, ideas and political campaigns, including those that are actually deleterious to Black men and their communities.

The irony is that it is not just mainstream white America that is putting the Black male image to these uses. Black-owned and Black-created media are complicit in the objectification of Black men and in reinforcing the limited ways in which African American men become visible. And, of course, very few people either inside or outside of the media are speaking about or acknowledging that this is happening. 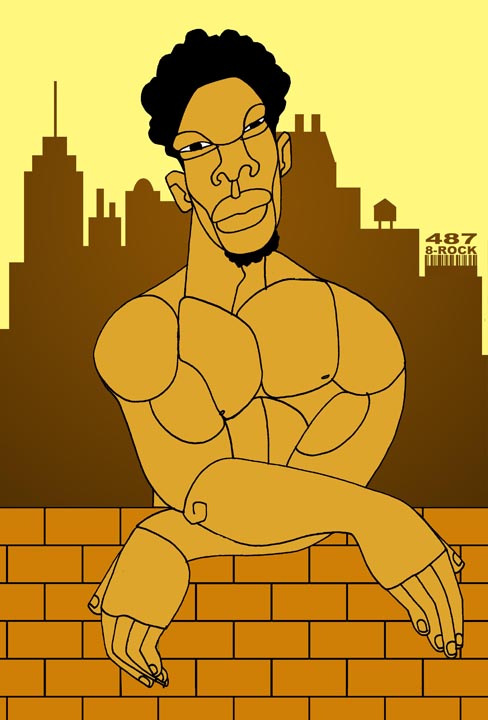 I have challenged myself to try to depict the Black men I encountered around Oakland and the Bay Area as they are, rather than as I want or need them to be. It is a bigger challenge than I initially expected.

M.O.I. JR: How have people responded to your sketches?

Ajuan: People have generally been quite receptive to this project. People enjoy the diversity of the men I have depicted, which really thrills me, because that was one of my goals. Many have recognized people they know or people they’ve seen. The most common question I have gotten is why I am not doing a series of drawings of Black women.

M.O.I. JR: Are you selling these sketches as a book or as postcards or both?

Ajuan: Currently, I am selling these sketches as postcards, prints and in the form of ‘zines. By fall I plan to have a book of my first 250 drawings available for sale.

M.O.I. JR: What do you want people to get out of your project?

Ajuan: I want these drawings to convey not only the many ways of being Black and male, but also the immense possibilities for Black manhood. When people look at the wide range of Black men I depict, I also want them to be reminded of all of those experiences and presentations of Black manhood and masculinity that I haven’t had the space to portray. 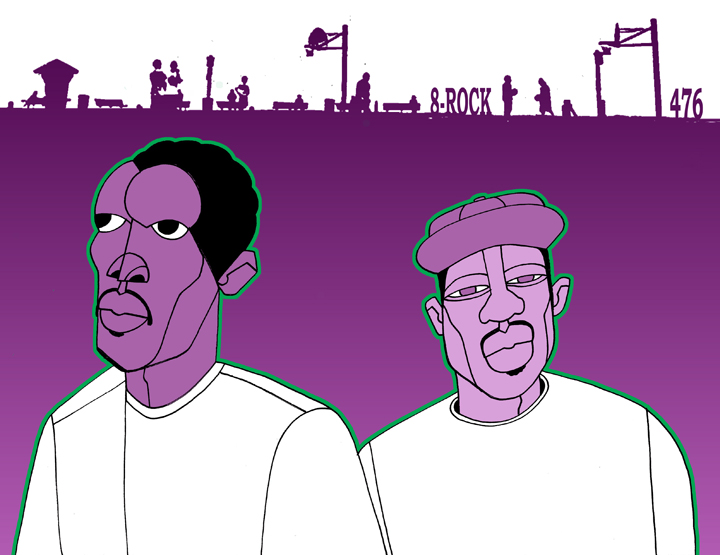 Also, art is in many ways about beauty; and if people see what I see when I look at these drawings and the men who inspired them, then they see the beauty of all Black men.

M.O.I. JR: Where can people see your work? Do you have any public appearances in May?

Ajuan: I will be showing my work at Art Murmur/First Fridays on May 3. I will be at Uptown Body and Fender, 401 26th St., in Oakland. I’ll be showing some new mixed media works in the exhibit “Afro-Futurism: Envisioning the Year 2070 and Beyond,” from May 17 through Aug. 1, 2013, at the San Francisco Public Library’s African American Center. And, of course, people can always find my drawings on my website.

Ajuan: People can always reach me through my website at 8-Rock.com. There they can find links to my Etsy store and to the websites of lots of other interesting and talented artists of African descent. 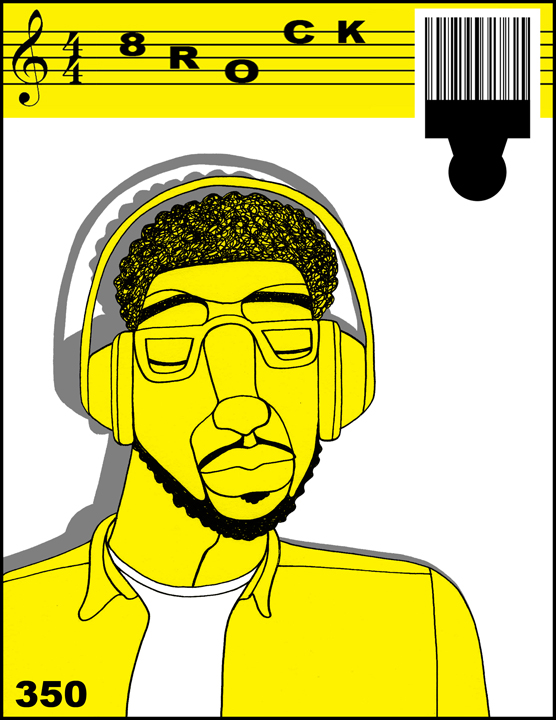 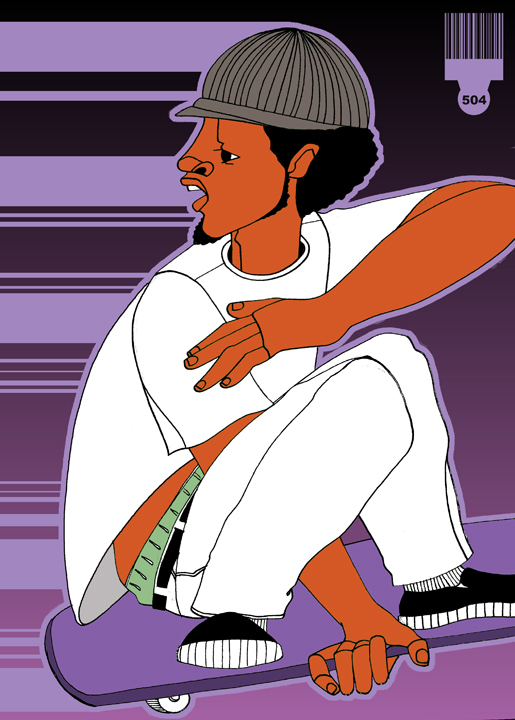