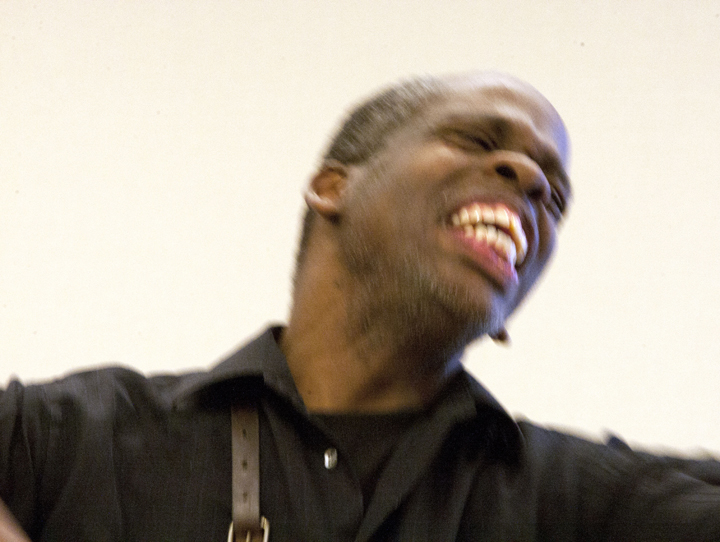 The story of the late Joe Capers continues to unfold with help from Naru Kwina, Krip-Hop Nation and Joe’s family. Joe Capers, aka Blind Joe, changed Oakland’s music sound in the ‘80s and early ‘90s with his talents in engineering and playing musical instruments. He came to Oakland by the way of Texas with his family.

His mother, sister and niece told me the story of how Joe became blind when I sat down with them at Georgia State University in October of 2010 as Krip-Hop Nation and Georgia State University held an event and award ceremony to honor the late Blind Joe by giving an award to his family. I can’t let the story of how Joe Capers became blind out of the bag, but you will soon know this story and more when the film documentary of Blind Joe Capers comes out. The documentary that is in currently being worked on by Naru Kwina not only covers Blind Joe’s life but also the impact he made on the Oakland’s early Hip-Hop scene and his commitment to the blind community in Oakland as well. 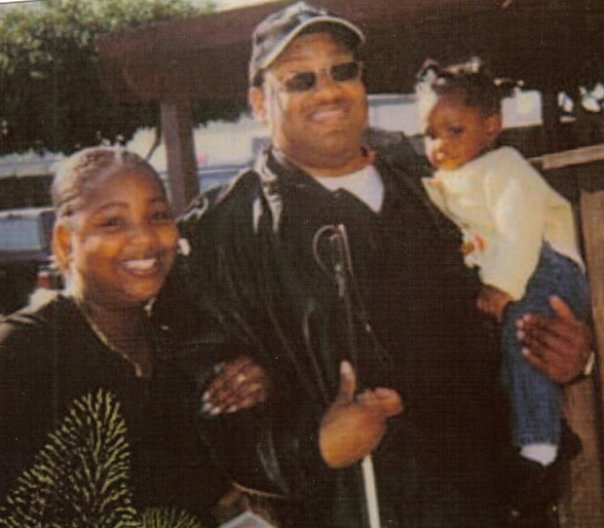 I came across the work of Blind Joe when I was doing a radio show in 2009 on KPFA 94.1 FM in Berkeley about Hip-Hop artists with disabilities and the concept of Krip-Hop Nation (Hip-Hop and other musicians with disabilities). At home after the radio show, I got a call from Aline, a good friend of Joe, and she told me about Joe and his accessible home music studio in the Oakland hills that he built from scratch back in the late ‘80s. Joe’s studio was where some of the hottest Oakland Hip-Hop and Soul artists at that time recorded their hits – Tony Toni Tone, En Vogue, Digital Underground, MC Hammer and a lot more. 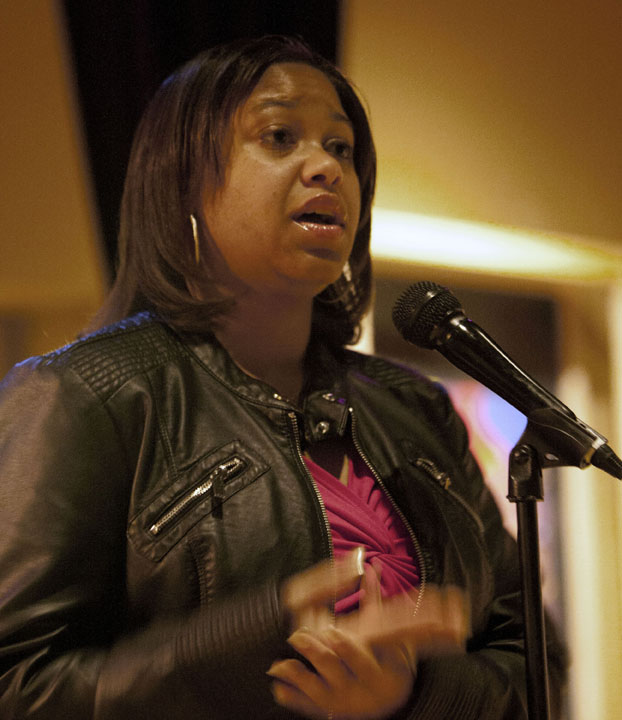 Since that radio show and call years ago, I’ve been on a mission to find out more about Joe Capers and, after connecting with Joe’s family in Atlanta, I knew then that something had to be done to give props to this man. Thus the 2010 Krip-Hop event at Georgia State University to honor his work that led to the reconnection of an Oakland poet, Hip-Hop artist and teacher that I used to do open mic poetry events with back in the late ‘90s when the Spoken Word scene was hot in the Bay Area.

I’m talking about the founder of HipLearning, Naru Kwina. Come to find out that Naru knew Joe and used to record and help out in Joe’s studio back in the day. When Naru found out what I was doing, he told me that he would be down to work on a film documentary about Joe. This documentary is in the works and up to now Naru has filmed artists like MC Hammer and others plus he has also interviewed community leaders like KPFA’s own Greg Bridges, who was a friend of Blind Joe. 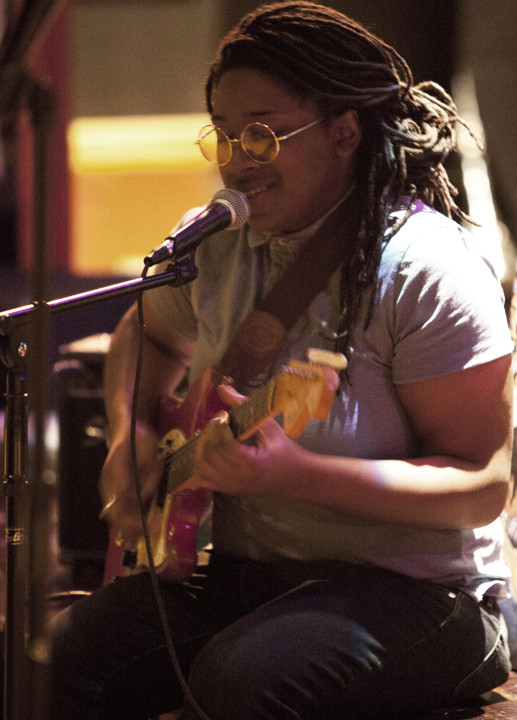 Naru has even interviewed some of Joe’s family and friends already. At this time, Naru and I will be launching an online fundraiser with the goal of using the funds to finish the documentary that we hope will cover travel costs to go to Atlanta to interview Joe’s family, doing more interviews around Oakland like the Center for the Blind and packaging the finished documentary for film festivals etc.

To keep Joe Capers’ name and legacy in the public’s eye while Naru and crew continue to work on the documentary, Krip-Hop Nation once again gathered Black and Brown musicians and poets with disabilities this past February for what was called Krip-Hop Nation Mini-Concert Tour Honoring Blind Joe Capers and The Blind Joe Capers Legacy. This small tour was four days, Feb. 14-17, at four venues – in Concord, East and West Oakland, and San Francisco.

Brown and Black musicians and poets with disabilities came together in a collaborative effort that both honored and celebrated the accomplishments of the late Blind Joe Capers, performing a mixture of music from Spoken Word to Folk to Hip-Hop. As always, the tour also contained panels of speakers who talked about the importance of Krip-Hop Nation. During the tour the surprise treat was at the Eastside Arts Alliance in East Oakland when some of the family of Blind Joe Capers came and listened and saw the love and work that was going on to spread the legacy of Blind Joe Capers to Oakland’s residents of today. 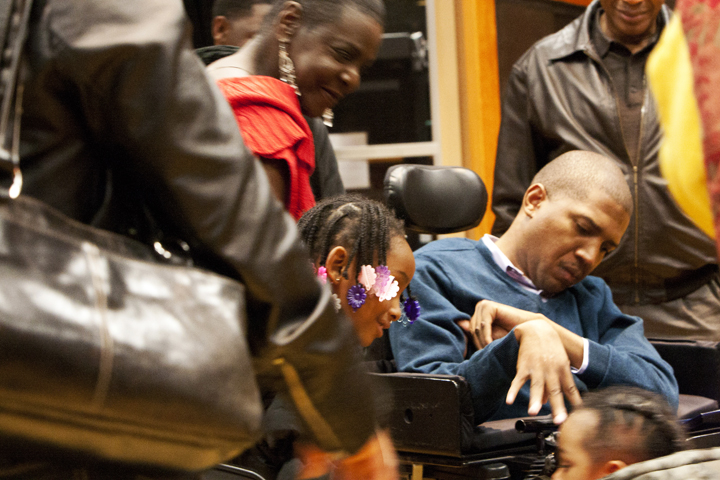 If you know of any venues next to public transportation that would be down to host this event in early August, please let us know. I would like to thank all the artists who performed at the February Krip-Hop Nation Mini-Concert Tour Honoring Blind Joe Capers and the Blind Joe Capers Legacy. Thanks, too, to the continuous love and support from Joe Capers’ family and thanks for the work of Naru Kwina. Also shout out to photographer-activist Malaika Kambon, who took pictures at the Eastside Arts Alliance in East Oakland that are published in this article.

To follow the latest news of the Joe Capers’ Legacy Project Film Documentary, go to our Facebook page at https://www.facebook.com/pages/Memorial-to-Life-Work-of-Joe-Capers-Disabled-Producer-of-the-Stars/ or drop us an email at Kriphopnation@gmail.com. 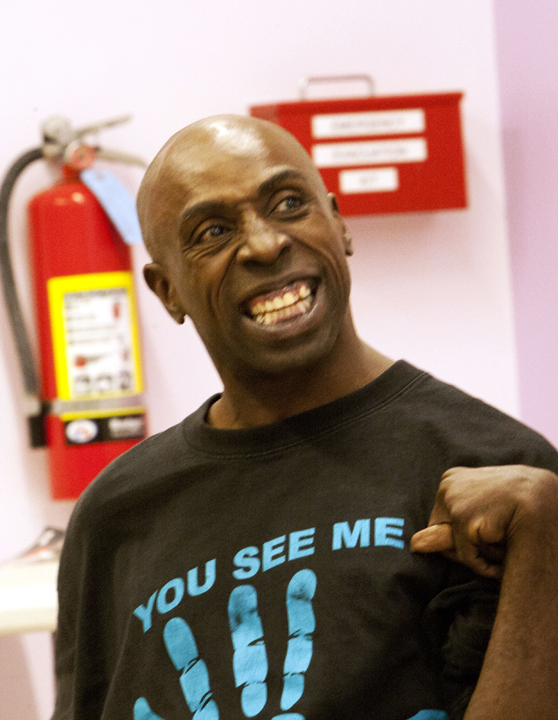 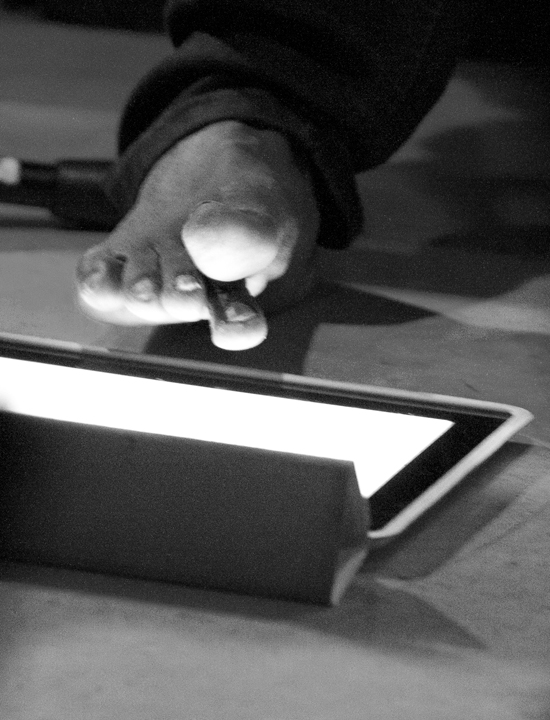