I recently read an article in the Sacramento Bee where you were quoted: “‘I think we’ve done everything we possibly can to comply with the law and to make sure the accommodations if you will are adequate and lawful, but it’s not a vacation, it’s prison,’ the Lake Elsinore Republican said. ‘It’s not going to be resort-style accommodations. There are certain things we have to comply with under the law. I’m starting to feel now (the court is) pushing it further and further just because they can.’” 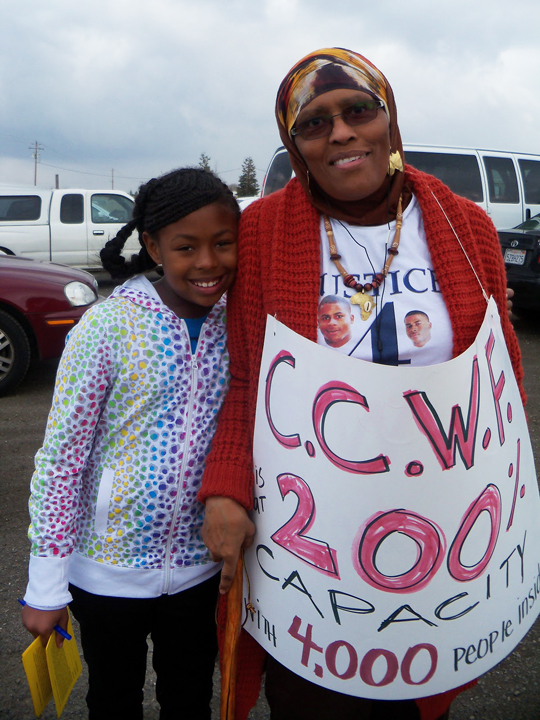 To begin with, Ms. Melendez, thank God for the three-judge panel. If they are “pushing it,” it’s because they have a moral obligation to do so. Had the CDCR been doing what it should have been doing all along, we would not even be facing this problem. And if rehabilitation and substance abuse treatment had been made widely available years ago, we would not have the numbers in prison that we do. CDCR, however, was intent on investing its money in expanding the prison population, not reducing it.

For you to state that the “accommodations are adequate and lawful” clearly demonstrate your ignorance of current prison conditions. Perhaps you need to take a tour of all 33 California state prisons; no doubt, if you did, if you have any heart at all, you would see that CDCR is still grossly out of compliance. While there have been some improvements, they still have a long way to go.

I’ve been volunteering as a prisoners’ rights advocate for 13 years. I have dealt first hand with the abhorrent abuse, neglect and dehumanizing conditions California state prisoners endure on a daily basis: the potty watches, the bogus, racially discriminatory validations of hundreds of Hispanics, and Hispanics and Blacks being locked down literally for years on end!

By “locked down,” I mean in their cells 24/7 with no fresh air or sunlight. And these are not SHU prisoners. These are prisoners in the general population. Patterns of guards setting prisoners up to fail on the yard are documented.

Medical care is still lacking! Physicians’ assistants are playing the role of doctors; prisoners rarely ever see an M.D. They get the wrong meds and have meds taken away from them that they were authorized to have. More than one PA has been fired due to overstepping their bounds.

One young man tried to get surgery for a badly dislocated shoulder for six years to no avail! Not until I contacted the Correspondence Control Unit and Prison Health Care Services did he get help. Prisoners are being charged $5 to go to medical when they never get to go. Then when they reschedule their appointments due to being overlooked, they are charged an additional $5!

The overcrowding at CCWF women’s prison is so bad, women are lucky to get a doctor’s appointment at all. Since VSPW has been made a sensitive needs prison for the men, CCWF is so incredibly overcrowded that there is more fighting, less food and fewer programs that served to assist the women in paroling successfully.

For you to state that the “accommodations are adequate and lawful” clearly demonstrate your ignorance of current prison conditions.

It seems to me that before you make flippant statements about our prisons being likened to country clubs that you would do well to tour our prisons, interview some of the inmates and get a real understanding of current conditions. I don’t mean a tour like Gov. Schwarzenegger took at Mule Creek. Mule Creek is “the country club prison” that all the legislators are invited to see; it is kept up for just that purpose and is not at all representative of California prisons.

I must say that I was pleased to hear Sen. Steinberg state in this same article that what we need is rehabilitation and money to invest in mental health and substance abuse treatment as well as vocational training for parolees and probationers. He is absolutely right: “The key is to reduce recidivism, not to keep building more capacity.”

I would add to his list “transitional housing,” as many of the prisoners have no resources after being incarcerated for so many years. To be successful once paroled, they need housing, jobs, food, clothes and money to initially get to and from their jobs. To release them with $200 in their pockets and nowhere to go and no resources to become responsible, contributing citizens simply sentences them back to prison and thus perpetuates the problem.

Sen. Steinberg is absolutely right: “The key is to reduce recidivism, not to keep building more capacity.”

I thank you for your time and your consideration of these most important matters. Please keep in mind, Ms. Melendez, that those are human beings behind those walls, not just numbers. Please keep in mind also that approximately 85 percent of all Californians either have a loved one in prison or know someone who does.

We are your constituency, and we would appreciate it if you were a little more sympathetic to the fact that our loved ones are “paying their dues.” Most often it is not our fault that they are imprisoned. Most often the cause has to do with using, selling or stealing to get drugs. That is a societal problem and needs to be addressed as one.