Yo. You. Yea, you with DOC (Department of Corrections) printed on your back. Naw, don’t turn the page … WAKE UP! Better yet, look around. Like what you see? I know the streets were live: Money was flowing, women were chasing, and the respect was there. But that’s over now.

Are you really going to do all this time just to go back to what got you here in the first place? I hate to be the one to tell you, but no matter what Rick Ross says, you’ll never make it as a dopeboy. Common sense will tell you that if it really was a future in the streets, he’d be trappin’ instead of rappin’. 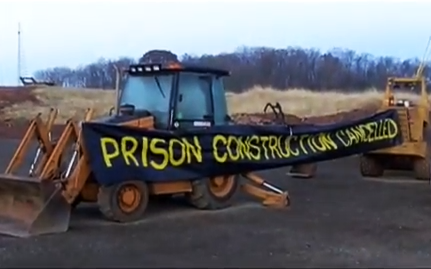 We’re born to neighborhoods with almost half of its adults addicted to drugs, 70 percent of its men unemployed, and 90 percent of its households run by one parent! We grow up in juvie institutions and become men in penitentiaries. Pay attention, we don’t live in America, we live under it. When will we decide to emerge from the sewers of low-class society into the bright streets of the mainstream?

Brandon T. Jones and Michael Ta’bon get it. They came home and went right to work trying to wake people up. Tyrone Werts and Darryl Goodman see what’s going on. That’s why they’re spending their time – since getting out – trying to save the youth. And we all know that’s no easy task. Them young boys are hard headed!

Then there’s DecarceratePA. This organization tried to block construction of the new prisons being built next to Graterford – now that’s gangsta! Their message: Our government must spend its money on community reinvestment, education, housing and social services – not mass incarceration. These folks are fighting for us and our children. What are we doing? The best parent in the world can only do so much in a 15-minute phone call and two-hour visit.

Ralph Waldo Emerson said that “nature has made up her mind that what cannot defend itself will not be defended.” So don’t spend your time learning. Don’t prepare for release. Keep chasing packs and smut pics. But, one day when your child becomes your cellie, don’t be mad at him; just look in the mirror.

End the gladiator fights! End the separation of families and of fathers from their children!