The people of Haiti stand for justice, but they are against the misuse of the justice system for political persecution. That is why they have come out by the thousands in support of former President Aristide. 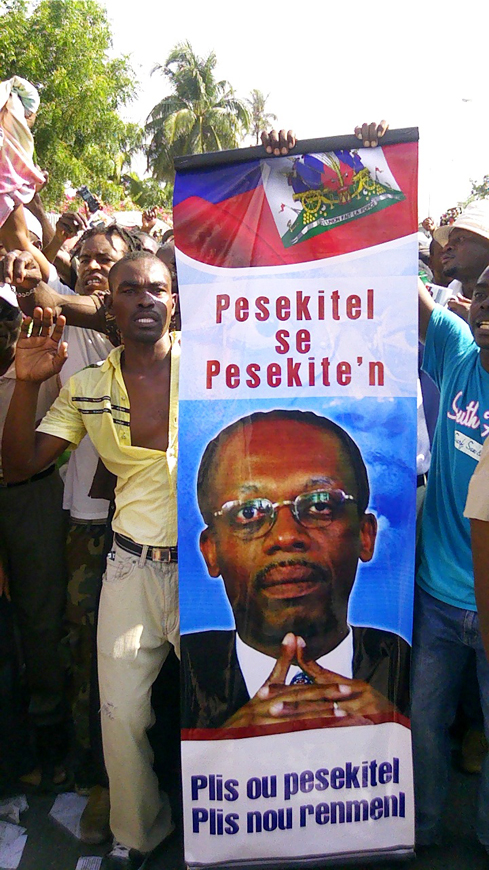 This Wednesday, May 8, tens of thousands of Haitians gathered at the Palace of Justice in Port-au-Prince to support former President Jean-Bertrand Aristide, who was summoned to court to be questioned about a 13-year-old murder investigation. Mr. Aristide was “invited” to appear in court by Judge Ivikiel Dabrezil, the 10th judge appointed to investigate the murder of internationally known journalist Jean Leopold Dominique, who was shot in the courtyard of his radio station in 2000.

Members of Haiti’s most popular political party, Lavalas, as well as international supporters, view this “invitation” as the latest effort in what has been an ongoing assault against Haiti’s grassroots democratic movement and its principal leader. The Haiti Action Committee includes itself amongst those who denounce unequivocally these attacks.

Since his return two years ago from forced exile, President Aristide has reopened the University of the Aristide Foundation’s Medical School (UNIFA). On Sept. 26, 2011, the medical school once again opened its doors, seven years after the school’s forced closure by the U.S.-orchestrated coup in 2004. Currently over 200 future Haitian doctors are in attendance at the school. Now a nursing school has opened as well. This is just the beginning of an initiative to improve healthcare for all Haitians.

Ever since Aristide and his family returned to Haiti, he has been a particular target of Michel Martelly – who assumed the office of president in March 2011 as the result of fraudulent elections – and the occupation-installed Martelly administration. Two months ago, Aristide was summoned to court in two separate cases.

In Haiti, it is implicit that these ridiculous allegations are attempts to discredit President Aristide’s reputation and delegitimize his current work. The efforts to link him in any way to the assassination of Jean Dominique – a journalist beloved by the people for his unbending criticism of U.S. interference in Haiti – are equally outrageous. 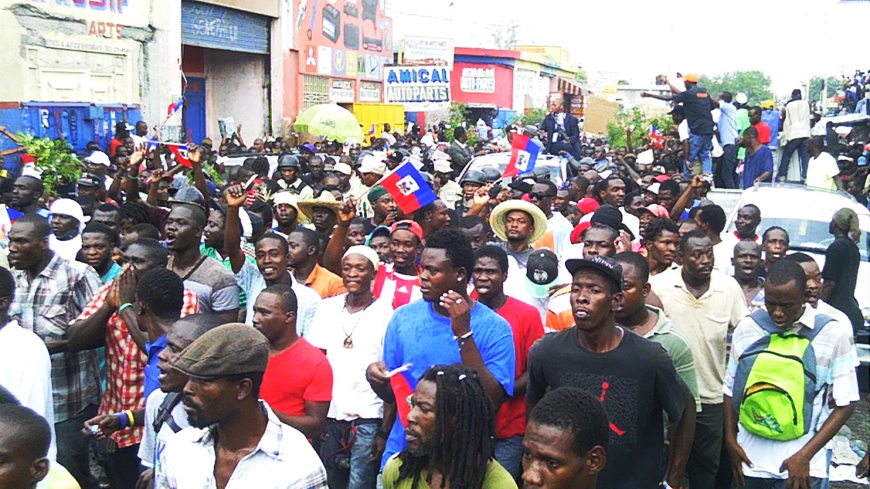 Aristide has always been an advocate of the poor and a proponent of an educational system that includes the poorest. Because he has been such an unwavering voice for the people’s movement, he is considered a threat to the U.S./U.N. occupation and the Martelly administration, which is in the process of bringing back the repressive institutions of the Duvalier regime, including the paramilitary and Haitian Army.

Yet, as ever, grassroots organizations throughout Haiti have a clear understanding of the repressive nature of the May 8 summons. This attack against Aristide represents an attack against the entire democratic grassroots movement.

Nevertheless, they accepted the “invitation” on their own terms and planned full-scale support of Aristide today, when thousands joined him at the Judicial Palace. Refusing to be intimidated, the organizations announced peaceful actions today, which they have chosen to mark the beginning of a sustained campaign for the people’s full participation in the running of their country.

The Haiti Action Committee stands in solidarity with the people of Haiti as they struggle to regain national sovereignty, rebuild their democracy and end the U.S./U.N. occupation.