As adults, we frequently reminisce about childhood as we listen for the voice of our mothers calling, “Time to come inside now.” It may have been getting dark or too cold outside, or perhaps it was time for dinner. Our memories are always so vivid about those days; it tends to comfort us to the point where we keep it close to our hearts and memory bank. Many people indicate this is the place in their memory where they go for safety and comfort when homeless.

Mother Brown was the name many of the homeless people gave Barbara Brown back in the day when food was scarce and shelters remote. Barbara Brown passed away in 2006. She left a legacy in Bayview Hunters Point that began with the use of her own money to feed the hungry out of her car. This small deed evolved into a full service kitchen – where no one in Bayview has to go hungry – and a drop-in center. Mother Brown’s Kitchen serves approximately 500 meals every day with the exception of Saturday. The food is fresh and prepared with a lot of love and care for the clients.

Mother Brown’s legacy was left in the hands of the current CEO, Gwendolyn Westbrook. Mother Brown’s Kitchen is one of many programs sponsored by United Council for Human Services under the stewardship of Ms. Westbrook. All meals conform to the National Registry of Food Safety Standards. When asked about the quality of the food, Mr. Wade said, “This food tastes like my mama’s cooking. Do you know the word is out on the streets about how good the food is here, and man, they are flocking to Mother Brown’s Kitchen!” Once Mr. Wade has his dinner, he receives a bagged snack in case he gets hungry during the night.

We met a young lady, Pat, who describes the rest of her evening in the Drop-In Resource Center. She is thankful not to have to sleep in the streets tonight. She intends to sleep inside with only a chair to accommodate her need for safe sleep. Pat is looking forward to the day when the full service bed facility materializes in Bayview Hunters Point where many will not have to resort to chairs or sleeping on the floor in a church.

However, sleeping in a chair allows the homeless to sleep light, thereby allowing them to closely watch their things as they rest. Many still fear for their safety despite being inside under the watchful eyes of outreach workers.

While using United Council for Human Services, Pat, along with other homeless people, will shower and wash her clothes. Guests are given a robe to wear while their clothes are drying. She gets up to a hot breakfast in the kitchen and takes her time to plan her day. Homeless people who use the Drop-In Center generally spend the day taking care of their business; some have jobs, and some volunteer in the community, returning at the end of the day to resume the cycle. The Drop-In Resource Center can accommodate 49 homeless adults.

In 1998, Mother Brown started United Council for Human Services Clothing and Food Bank at 1065 Oakdale Ave. in San Francisco. Residents who are eligible to receive food must live in 94124. The bank is open from 9 a.m. to 12 noon on Wednesday. Fresh produce, staples, meat, bread and bottled drinks are issued to more than 2,071 family members weekly.

The clothing program provides clothes for women, men and children. The program is open Monday through Thursday from 9 a.m. to 4 p.m. and provides clothing for 170-200 people monthly. Did you know that the notoriously well-dressed Willie Brown has donated some of his pieces to the program?

There are two other components to Mother Brown’s legacy. One is the Hope House Project designed to house single men and women in private homes. The houses are leased from the owners and needy individuals are placed in bedrooms while they work, look for work, further their education and/or deal with social issues.

Homeless individuals learn to live cohesively with one another for an undetermined length of time. Hope House has been in existence for more than 11 years and has had a 98 percent success rate pertaining to program completion. The program houses an average of 65-70 individuals at any given time depending on the number of bedrooms in the house.

The newest program managed by United Council for Human Services is the Hope House Veteran Program. This program is nearly two years old. It is designed to assist with temporary housing for homeless men and women who served in the military. Some of the goals of the Veteran Program are to provide strong case management that encourages higher education, employment, health awareness and securing permanent housing. Again, the program mimics the infrastructure of the regular Hope House Program by housing veterans in rooms of private homes leased from owners. The program is funded to provide housing to 60 homeless men and women who served in the military. It is in the VA Hope House Transitional Housing Program where I met Robert Kemp.

Robert Kemp is a 53-year-old African American man with 11 years of military service. When Mr. Kemp entered Hope House Transitional Housing Program in 2011, he did not have much more than a job. His addiction to cocaine left him depressed and angry. His faith shaken, he was fighting to gain control over his life after ending a marriage due to his addiction.

Addiction to cocaine in the ‘80s left many African Americans’ lives in total chaos and hopelessness. Therapy was not part of our culture and, as a result, not even the United States military was able to figure out how to manage drug addiction. In the case of Mr. Kemp, the military dealt with his addiction by ending his military career with two honorable discharges and one bad conduct.

How do you turn a person away after 11 years of serving your country because of the military inability to work with drug abuse? Mr. Kemp had entered the United States Navy at the early age of 17, completed his basic training and studied recordkeeping and accounting, only to be discharged with a bad conduct due to his addiction. Mr. Kemp’s service in the Navy lasted from 1977 to 1989 with time spent on the following ships: USS Morton in Pearl Harbor, Hi/USS Peieiu in Long Beach and USS Enterprise in Alameda.

Mr. Kemp’s addiction was so out of control, he was no longer able to hide it from the Navy; he was issued a bad conduct for his final discharge in 1989. By the time the Navy discovered what was going on, he had been using cocaine for more than three years. According to Mr. Kemp he was absent without leave (AWOL) once and even at that point the Navy did little to determine the reason for his erratic behavior. 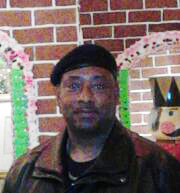 When he returned to the program, he was welcomed back with open arms. Mr. Kemp indicates that the case manager, Mr. Harrison, made it plain that he needed to work harder to conquer his addiction and manage the anger issues. When asked what he liked most about The VA Transitional Hope House, he stated, “I am able to access more than one case manager, which I need to maintain my sobriety.”

Mr. Kemp is constantly going to meetings to maintain his sobriety. He closes by stating, “VA Transitional Hope House was my salvation at a time when my life appeared to be moving out of control and I had nowhere to go.”

Hope House Veteran Program now has vacancies and is inviting homeless veterans to apply for housing. Please call United Council for Human Services at (415) 671-1100 if you or someone you know is in need of housing services.

Dr. Betty McGee can be reached at bmcgee_us@yahoo.com.