This is a bit more dire than the February ordeal, so it calls for at least as much sustained and broad help. (Rashid was abruptly transferred from Virginia, where he’d been held, mostly in solitary confinement, since 1990, to Oregon in February 2012, where he was placed in Oregon’s Orwellian Snake River Correctional Unit, an unvarnished behavior modification program.) 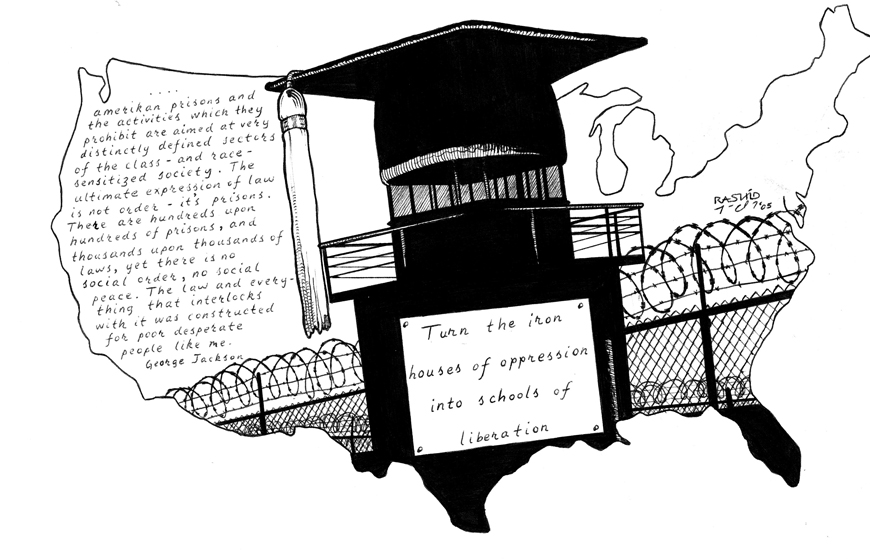 I was flown here to Texas on June 14, the day after I’d talked to Ben, and wasn’t set for another call for several weeks. It was all timed and premeditated to carry out foul designs.

First I was sent to a prison called Byrd Unit, where, as soon as I showed up, they put me in shackles and cuffed me at the waist so my arms were immobile. Then a goon squad in waiting (hiding) forcibly cut all my hair off. Then they use the fact that I quite predictably resisted to speciously justify sending me to their long term solitary confinement prison called the Estelle Unit, where I remain.

Soon as I got here, I’m met by another goon squad, then cuffed behind and led shackled after a strip search. They then took me into an office where Assistant Warden Wayne Brewer, Major David Forrest and Capt. Jones A. McKee were.

When I promptly asked Brewer who he was, he barked, “Shut up, motherfucker. I’m doing the talking!” I was then immediately attacked by Forrest and McKee who repeatedly choked and hit me in the face and head, while Brewer went into a tirade of curses and threats to “break” me, “kill” me etc.

When I could breathe, I just talked shit back. When they got tired, I was kicked out of the office and taken to a cell by the goon squad, with an injured throat and swollen left jaw. All requests for medical care have been ignored. 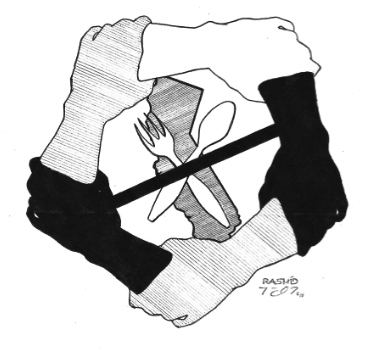 I have since been subjected to cell and strip searches at least every 30 minutes to two hours around the clock, every day. When I questioned this on June 14, I was promptly met by another goon squad. I came out for the search without issue. Then I was “escorted” back into the cell, laid on the floor in back of the cell out of view of a present portable audio-video camera and punched and kicked several times in the head and face.

The cells are full of mildew and black mold and are roach infested. Prisoners are routinely beaten and abused back here. In fact, the one housed in the cell directly in front of me, Edward Long, 579657, was beaten while handcuffed behind. His right face is bruised and he has a laceration on the left side held shut with suture tape. His left eye is surrounded by a black ring and his back badly bruised.

They stole and trashed my address book with all my contacts’ addresses and numbers.

I protested the haircut on spiritual grounds and was told Texas allows no exceptions. Virginia and Oregon blatantly violated my rights by sending me to a system where they knew I’d be shaved by force when they could have compacted me to a system that has no such requirement. See Gartrell v. Ashcroft, 191 F.Supp.2d 23, 38-40 (2002). Also, frequent searches – even once a day – are illegal. Blonks v. Smith, 790 F.Supp. 192, 194 (1992).

Also, they gave me several bogus charges from Byrd Unit, which McKee, who assaulted me, presided over as hearings officer, refused to let me appear and found me guilty.

Rashid is a co-founder of the New Afrikan Black Panther Party – Prison Chapter (NABPP-PC). Learn more about him, read his essays and see his nationally acclaimed artwork at http://rashidmod.com. Send our brother some love and light: Kevin Johnson, 01859887, 264 FM Road 3478, Huntsville, TX 77320.