If ever I thought myself objective and unbiased, the George Zimmerman trial is definitely not that moment.

So let’s cut to the chase. Any attorney, jury member, judge or white person in that courtroom is not going to understand Rachel Jeantel. And I don’t expect them to.

In fact, I certainly, like my fellow writer Rachel Samara, understand why white people wouldn’t like Rachel. 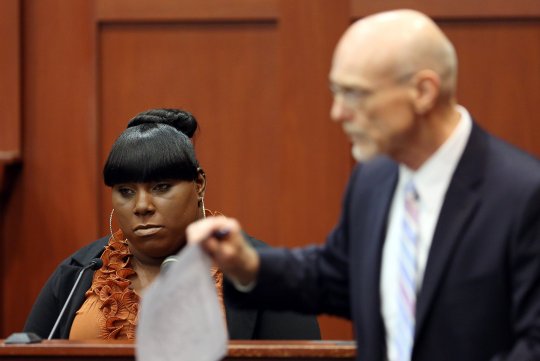 She’s hard. She’s Black. And your assumptions about her background and lack of education make you feel like you are better, somehow. That her testimony, no matter how powerful and impactful it may be to this trial, is implausible. Weak, maybe? Let’s impeach her.

But maybe the reason white people don’t understand Rachel Jeantel has something more to do with white privilege then – what they would call Rachel’s capricious nature.

Let’s for one second try to understand why Rachel is “angry” (read emotional), “hood” (read blunt) and “unintelligent” (read multilingual).

The thing is, what white people see in Rachel has little to do about her own issues and more to say about the America that white people are blind to. Let’s take her testimony on not calling the police, for example.

Rachel told defense attorney Don West that she didn’t call the police after she heard the scuffle between Trayvon Martin and the man who was following him for numerous reasons. First, she believed that he was right near his “daddy’s house” and that Tracy would help him. She also was under the impression that, if it were a life or death situation, someone would certainly come to his aid. But as West continued his questioning, riddled with nuances to throw Rachel off track, the glaring subtext of this all became clear.

The tottering seesaw between Black people and law enforcement leaves us in a position where we are afraid to call the cops because we’re not exactly sure they are on our side. And in an age where police responding to calls for help will still result in an innocent Black person’s incarceration or death, it’s difficult to know who to trust or turn to during times of need.

Distrust in police stems from decades of being disenfranchised and treated unfairly by those who were supposed to protect us. And yes, I’m taking it there … distrust in white people. Government. LAPD. NYPD. Most recently, the White Plains police department in Westchester County, N.Y., who murdered an innocent Black man named Kenneth Chamberlain when his Life Aid medical necklace was inadvertently triggered and they were summoned to his home. And just last week, the police officer in Detroit, Michigan, who shot and killed 7-year-old Aiyana Jones was set free after a mistrial. Not to mention the killers of Amadou Diallo or the torturers of Abner Louiama.

The point is, Black people can understand Rachel’s hesitancy when it came to contacting the police because the fear and doubt that comes with dealing with law enforcement is as entwined into the tapestry of our culture as is our slavery past.

It’s not that Rachel can’t be trusted. In fact, her testimony has remained solid and consistent throughout her nearly seven hours of questioning.

But what’s more are the cultural differences between white and Black people.

When asked why she omitted the words “creepy ass cracker” and “nigga” when speaking in front of Sybrina Fulton about her son’s last moments, she simply told the court that she didn’t want to disrespect her.

As West looked at her in utter disbelief, Rachel looked back, unwavering. How could he not understand that she couldn’t bring herself to upset someone who had just lost a child? Better yet, curse in front of adults.

Note: Disrespect to elders in the Black and especially Caribbean communities is almost as bad as cursing the Lord.

And speaking of that word “nigga,” the court might not understand Trayvon and Rachel’s casual use of the word because of how often, no matter how controversial, it is used in our communities.

So aside from the argument that we took the power out of a degrading word and made it into a term of endearment, it’s used so much that it’s become a substitute for identifiers such as “that guy” or “him” etc.

And for Don West to argue that the use of the word “nigga” was racial for Trayvon is incomprehensible, especially because he used it on a person who was not of African descent.

For Rachel, these little cultural differences get lost in translation. And instead of trying to understand her, people are reducing the miscommunication to semantics, what they call her broken “King’s English” and her anger. Without even realizing that she comes from a home where Creole is her first language, or that her friend was killed just seconds after he last spoke to her. Wouldn’t you be frustrated in front of a court that refuses to understand you?

But most importantly, if there is anything that Black people can understand that those judging her are not, it’s the loss of life without justice.

And as Rachel Jeantel sits on the stand, nervous, mumbling and annoyed, it’s not that she’s just a “hoodrat with no media training from a hostile environment.”

It’s just that your world and our world are … excuse the cliché … worlds apart.

And that, my friends, was never Rachel Jeantel’s fault.

Christina Coleman is the news and politics editor at GlobalGrind, where this story first appeared, and a Howard University alumna. Prior to this she was a science writer. Follow her on Twitter @ChrissyCole. 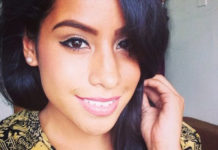