July 14, 2013, Corcoran State Prison Security Housing Unit – Forgive me for not being able to write sooner. It has been very, very tiresome. Thinking of you all has been quite the motivator. 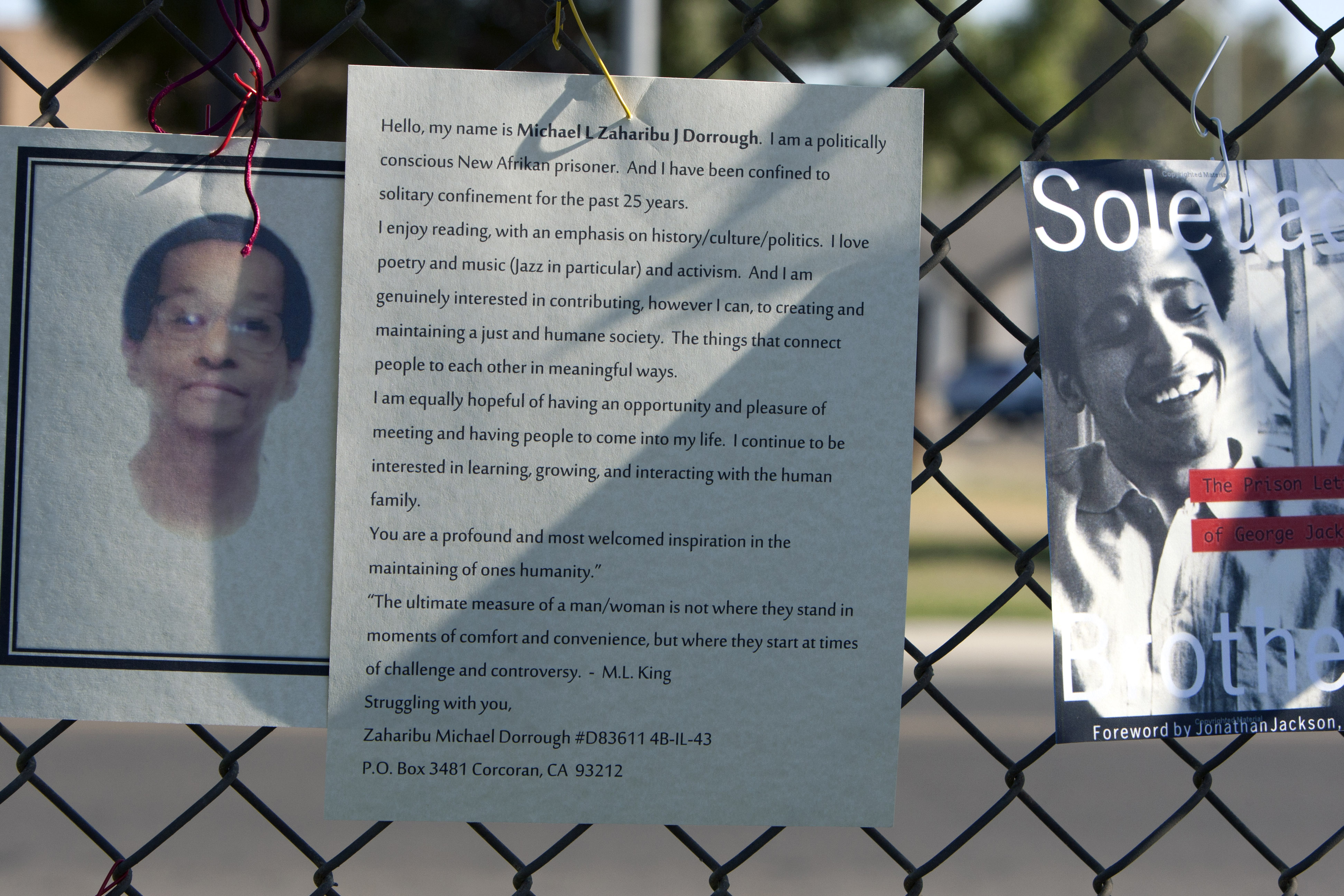 On Thursday, July 11, 2013, the warden here ordered the supposed leaders of the protest be isolated from “good people.” That meant that the reps from each cultural group from the section that we were in, 4B-1L C section, have been moved: myself, Heshima Denham, two Southern Hispanics and two Northern Hispanics.

We are now housed in 4A-3R, and three of the guys have been housed in 4A-3L. These blocks are designated as SNY/PC (sensitive needs yard/protective custody) buildings. All of the guys in this building, as well as 4A-3L, are informants. They have debriefed.

A day after we were moved here, mattresses were placed in front of our cell [Zaharibu and Heshima share a cell – ed.]. This was designed to re-enforce, psychologically, the feeling of being isolated and, I guess, to prevent us from receiving food or beverages from anyone.

It’s so silly that it borders on being offensive. We have absolutely nothing at all in common with any of the people housed in the building. There is no reason at all to communicate with or accept anything from them. As is said, it’s a building full of stool pigeons.

This is the CDCR’s version of sending us to a “black site.” The conduct of these guys would be comical were it not so disrespectful. You cannot help but hear the idiot shit that is directed at us. And it’s not just daily; it’s all day.

Moving us down here was an extremely tense situation. The warden did authorize that force be used to move us. And it came very close to that happening. It was incredibly irresponsible of the warden – and a clear case of trying to provoke us into a military posture. 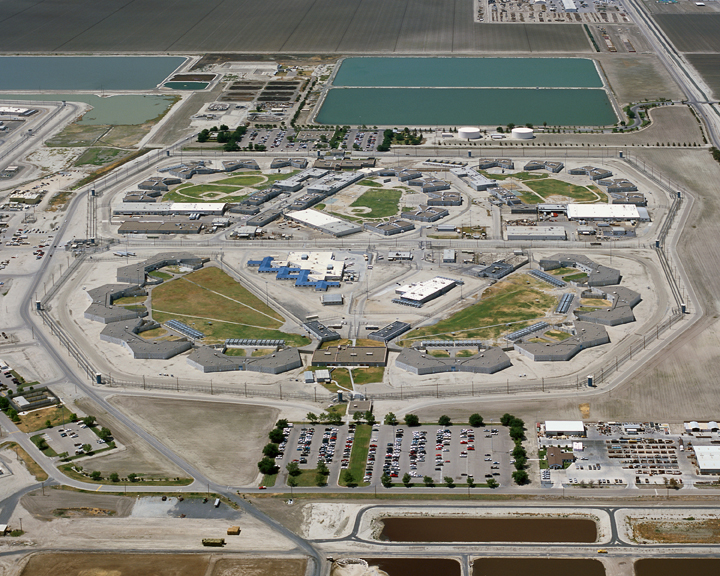 We were naturally stripped of our property. And, just as predictable, some of our personal property items came up missing: thermals, photos – they took the only two copies of the photo I had of med– dictionary, stationary. I’ll have to replace some of it when I am eligible for my package. The Prison Focus, Bay View – gone! At this point it’s the kind of thing that causes you to think and say: When it’s too hot for everyone else, it’s just right for us!

We received no medical attention. NO WEIGH-INS, NO vital signs checks – nothing. A nurse came to the cell this morning, stood approximately 3-4 feet from the cell, stated, “Drink plenty of water,” wrote something down and walked away.

I called her several times in an effort to explain to her that we are both experiencing light headedness, extreme fatigue, nausea, blurred vision, cold chills, dizziness. The nurse just ignored me and kept walking. It was very obvious that she was reading from a script that she and perhaps all of them have been given. And it is either to not say anything at all to us or only the bare minimum.

We have not been to yard in almost two weeks. We have not been allowed to shower in a week. We received no medical attention. NO WEIGH-INS, NO vital signs checks – nothing.

Ordinarily, efforts such as those being made by the state now – everyone was issued a 128, a chrono alleging that our participation in a statewide hunger strike with gang members and associates in support of “perceived overly harsh SHU issues” is gang related activity, and our continued participation will result in progressive disciplinary action – occur in response to efforts, just as enthusiastic, by those of us who have been under the yoke of tyranny for far too long, resisting.

I know that it has been said before, but it is worth saying a thousand times: You all are amazing, brave and inspiring people. Whatever victories result from this struggle will, in no small measure, be because of your contributions, support and commitment.

Purposeful neglect of human rights and dignity is shameful

July 22, 2013 – I am a friend of a few of the people who are on hunger strike inside your prison. I am a Dutch and British citizen, a former librarian of a detention center, now working for a prison ministry, who is very worried about how this situation is being handled. 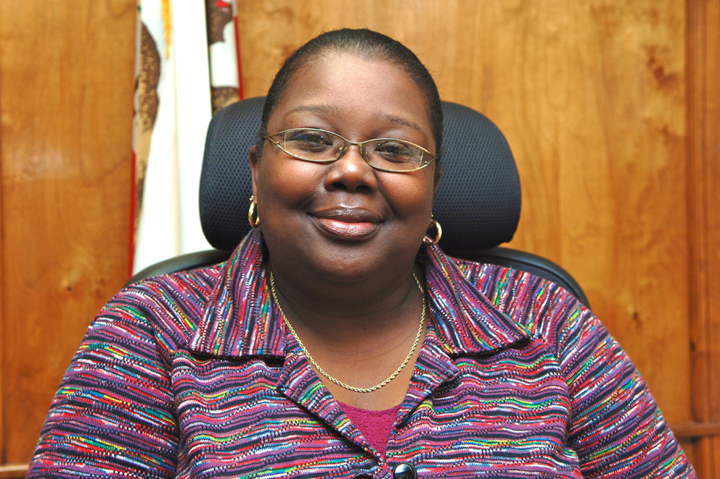 It is the 14th day of this hunger strike, and I have been notified via a friend that our friend and others on hunger strike and considered “leaders” have been removed from their cells since the start of the hunger strike or a few days into the strike and that they have been taken to administrative segregation, on unit 4A-3R and 4A-3L, isolated even more from everyone else in a hostile environment.

The concern is that there are no medical checkups being done. This is in clear violation of health care services and daily nursing observations and weekly pcp (primary care provider) evaluations as mandated by California Correctional Health Care Services Policy Manual 1.m.s.p.&p., vol. 4, chapter 22.2: http://www.cphcs.ca.gov/docs/imspp/IMSPP-v04-ch22.pdf.

Some of the people on hunger strike are older men, and they have medical issues. Your display of power is totally out of place. Your purposeful neglect of their human rights and dignity seems to me shameful. I am asking you the following:

These are the men I am concerned about, and there are more of whom I do not know the whereabouts:

There was also a mention of prisoners from Corcoran SHU being transported to Folsom or New Folsom. We do not know who the men are you forcefully transferred there, but I want you to ensure their human rights are being looked after according to all the rules, both nationally and internationally.

Some of the people on hunger strike are older men, and they have medical issues. Your display of power is totally out of place. Your purposeful neglect of their human rights and dignity seems to me shameful.

Remember, Mrs. Gipson, the prisoners you are keeping are human beings too! With loved ones who care for their wellbeing and who support them.

I hope you will do what so many people are asking you – see also the overwhelming interest by the press, also internationally, which should make you feel ashamed of your policies regarding keeping men locked up in these tombs forever. If they were your brothers, fathers, friends, you would see what we see. I will appreciate all you will do to ensure the safety and medical care that is needed for these men exercising their democratic rights. 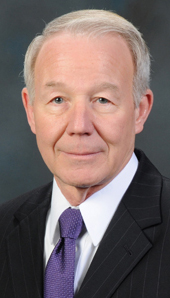 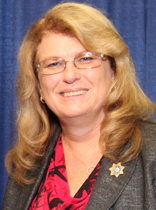 Editor’s note: Readers are urged to send strongly worded letters to the wardens of prisons where hunger strikers you know are housed with copies to Dickinson and Beard. Because Gov. Jerry Brown could end the hunger strike immediately by meeting the hunger strike’s five core demands, contacting him as well is critical: Gov. Jerry Brown, State Capitol, Suite 1173, Sacramento, CA 95814; phone (916) 445-2841, fax (916) 558-3160, email via http://gov.ca.gov/m_contact.php.