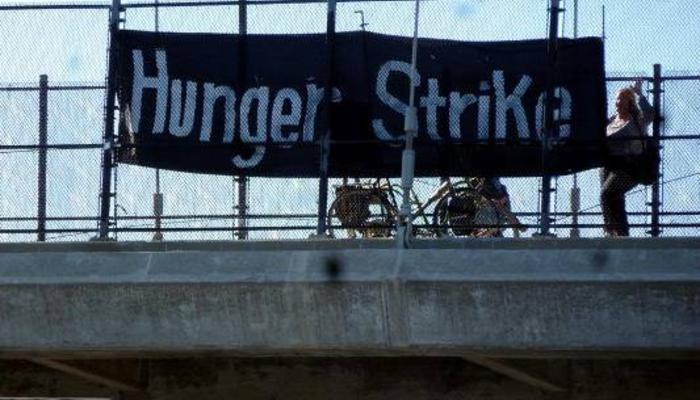 ABC News reported that 30,000 prisoners in California are on hunger strike. And the local news station, KIEM3-NBC Channel 9 reported that there is also a work stoppage here at Pelican Bay State Prison.

It has become absolutely clear that Amerikkka’s secret domestic torture policies and practices are now deemed reprehensible by the people – the prisoners. This conclusion is based upon these facts:

Typical of their response to all displays and demonstrations of collective resistance by the people – the prisoners – our oppressors have been lashing out every step of the way with hostility whenever a prisoner addresses them. It’s as if the prison guards have all pre-scripted their responses to prisoners, saying emphatically:

“The bosses are redirecting us because of y’all’s hunger strike and work stoppage and making us stay extra hours, so you guys have nothing coming!” 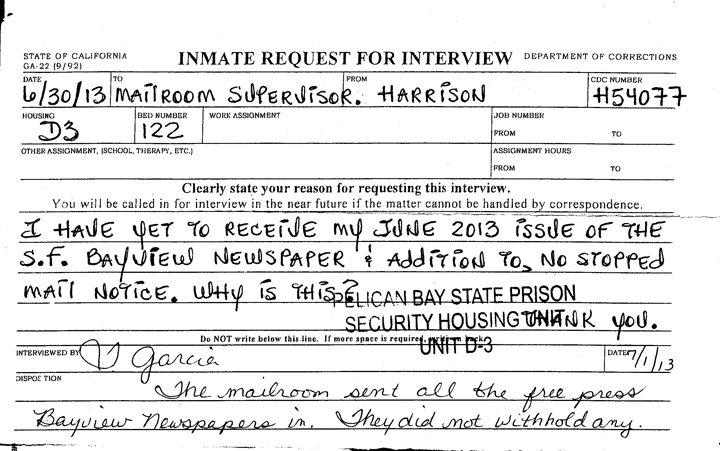 Our collective resolve remains steadfast, as we have anticipated this level of state repression.

On another note, we prisoners in SHU Unit D3 have not received our June 2013 issue of the SF Bay View newspaper and as of this writing we have yet to receive the July 2013 issue. [The Bay View has heard indirectly that subscribers in unit D8 have also been deprived of their June papers. Readers’ calls to Warden Greg Lewis at (707) 465-1000 may do the trick and would be greatly appreciated.]